There are many aspects of comparison between Microsoft's Surface Pro 4 and the infamous iPad Pro. The prior is known for its Surface Pen Stylus which is a fluid interactive tool for maneuvering with tiny objects on the screen. Even though the Surface Pen Stylus is an intuitive tool for advanced operations, it seems that the iPad Pro's Apple Pencil has beaten it on the first try. 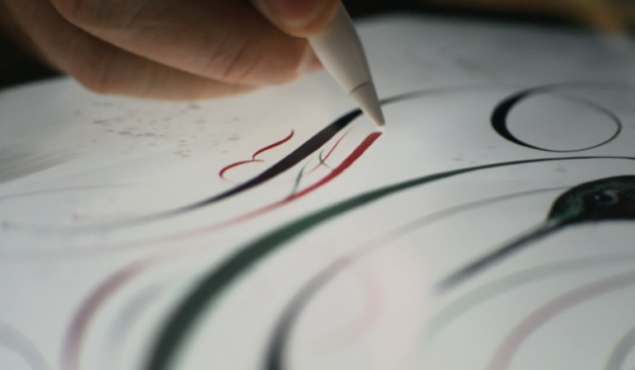 The Apple Pencil will not be available for another week, however, one journalist by the name of Angel Jimenez de Luiz has tested out the new iPad Pro and its complimentary Apple Pencil. His point was to compare the stylus performance of various devices with Apple Pencil and stack them up against each other in a tracking test.

Stylus tracking has everything to do with the responsiveness of the operation. Even though the Surface Pen Stylus does a pretty good job, clearly the iPad Pro does it a little better when compared side-by-side. Below is a video in which the journalist explains both, iPad Pro and the 2-in-1 Surface Pro 4's corresponding stylus tracking.

The comparison shows the amount of stutter these two stylus have on the display of their parent device. The journalist used the Notes application on the iPad Pro and the OneNote application on Microsoft's Surface Pro 4. The emphasis on the lag shows that the iPad Pro does a better job than the Surface Pen Stylus.

One important aspect to consider is that the Onenote app in itself is worse than the Notes app on the iPad Pro while refreshing operation is in action. This could incur further lags for the Surface Pro 4, as the line following the stylus takes a little time to catch the tip. A better comparison would be to choose the same application on both devices.

Do take note that the comparison between the iPad Pro's and Surface Pro 4 is not to be viewed as the final verdict. The judgement is based solely on the visual appearance of the operation. The Surface Pro 4 is definitely one of the powerful machines and does a pretty good job with its stylus as well.

This is it for now, folks. How did you like the comparison between the recently launched iPad pro and Microsoft's Surface Pro 4? Feel free to drop a comment down below.