The recent rumors for the iPhone 6 getting only 1 GB of RAM left us all a little disappointed. Even though iOS is known for its optimization when it comes to running the same applications Android does, nevertheless, in today's world, a single gigabyte of RAM limits developer options considerably when designing apps for the iOS. This is further supplemented by the fact that iOS 8 will further expand the iOS platform and give developers more room.

Well, at least there's no bad news for the iPad Air 2 yet. The iPhone 6 in September is expected to be followed by a variety of other devices from Apple in October. These include a potential iPhone phablet, the iPad Air 2 and the iPad Mini with Retina Display 2. Today's news comes courtesy of Taiwan's TechNews' supply chain sources. These sources claim that the 9.7 inch iPad Air 2 will come with 2 GB of RAM. 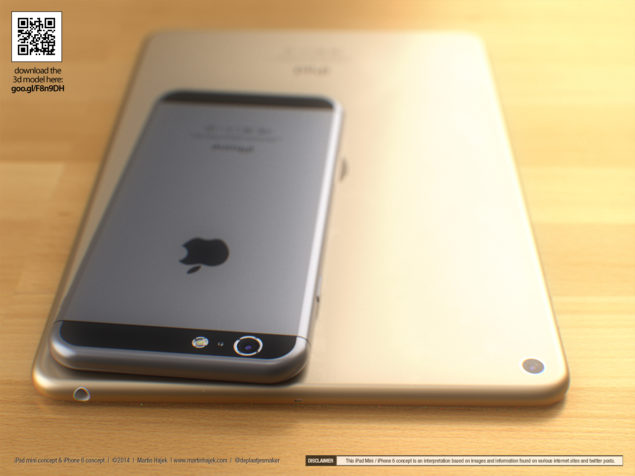 iPad Air 2 Expected To Get 2 GB Of RAM - Details About The iWatch Also Surface.

The bump in RAM of the iPad Air 2 will be pleasant news for many users out there. Particularly those anticipating iOS 8. However, the iPad Air 2 's counterpart, the iPad Mini 3 will not be getting this increase, and will stick with the current specifications. The same supply chain sources shared some information about the iWatch as well, apart from the iPad Air 2.

The iWatch is expected to get 512 MB of RAM. This will be coupled with 8 GB of NAND flash on the device. Plus, more positive news puts the iWatch in the standalone device category. This means that users will not be required to sync the iWatch with their iPhones or iPads. All of this does sound pretty plausible right now, so we can expect Apple to make these possible upgrades. Stay tuned for more.