Video Shows How iOS 9 Stacks Up Against iOS 8.4.1 In Speed Test Comparison

iOS 9 has been released successfully with an adoption rate of 12 percent since the last 24 hours. For those who speculated that iOS 9 would not reach up to iOS 8's adoption rate, the situation is pretty adverse right now. However, nothing can be said for sure about the forthcoming trend, whether it is a decline or boom. The real question, is iOS 9's worthier for upgrade? How does it stack up against your current iOS 8.4.1? Let's find out. 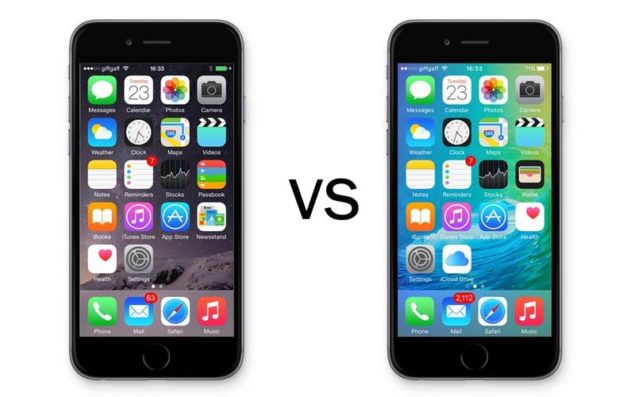 For this comparison to be as interesting as possible, EverythingApplePro has accumulated and tested a pair of each supported iPhone ranging from the iPhone 4s to iPhone 6. The comparison shall reflect speed comparison, boot time, storage, network speed, app launch time and the benchmark test from Geekbench.

Let's see how the YouTuber judges the comparison and what aspects are better on what model of iPhone.

The video is a mere 9 minutes long, providing users with an overview of iOS 9's potential to make their devices slower or faster. However, the speed does depend upon the type of iPhone that an individual might have. For instance, the iPhone 4s would compare to being lesser in speed than the newer generation iPhones. If you want a thorough comparison, you can check the video down here.

The details shown in the video are based on real world performance of different iPhone models.. Even though iOS 9 has a lot of new features and under the hood improvements, it did not do quite astounding as we thought it would be. Some tests show iOS 8.4.1 to be speedier than iOS 9, which was thought to be a complete overhaul of Apple's operating system.

In the Geekbench performance of iOS 8.4.1 and iOS 9 on all iPhone models, we saw the latter to get more score than the prior. However, there is not a huge difference in terms of numbers. As we have mentioned before that updating does depend on the type of iPhone an individual has, users should go ahead if they have an iPhone 5s or later models. For those who have iPhone 5 or lower, should reconsider their plans to upgrade.

However, iOS 9.1 is in the works to bring a lot of performance enhancements and bug fixes. This will ultimately improve the iOS 9 experience on all devices, older and newer. The beta build for iOS 9.1 have already been forwarded to developers which means it will be out in a little while. Henceforth, we would advise users with low end iPhones to wait for the final build for a more fluid iOS 9 experience.