iOS 8.2 is the latest version of Apple's software for iPhone, iPad and iPod touch, and while it has added a couple of key features, many early adopters have also encountered battery issues upon installing and trying to run the most recent update. iOS 8.3 is currently in the works, but there's no telling precisely when it will arrive, and as such, here's a little guide to overcoming the drainage pertaining to iOS 8.2. 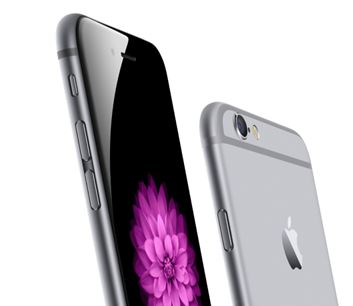 Source and Remove Apps Commanding Too Much Battery

You may be surprised to learn just how much battery certain apps are using up, and if you head to Settings --> General --> Usage --> Battery Usage, you can source and weed out the main culprits.

Obviously, you'll have to make a conscious decision of whether you value keeping the app over having your device running for longer, but if a casual app or game is hogging those precious droplets of juice, you should really consider deleting it from your device's repertoire.

If you're on cellular data and not using Wi-Fi, it will still continue to look for hotspots if activated, which is obviously a drain on your battery. To turn Wi-Fi off, launch the Control Center by running a one-finger gesture upwards from the bottom of your display.

Additionally, placing your device into Airplane mode when you're in an area of poor coverage is also wise, and will save you a boatload of battery irrespective of the apparent issues with iOS 8.2.

Use The Lowest Brightness Setting

Wherever possible, you should endeavor to use the very lowest brightness setting on your iOS 8.2-running device. Auto-brightness, which dims the display when you're in the dark and brightens it up when you may be hit by the glare of external light, does its job well, but like so many of iOS's great features, it doesn't come cheap.

Auto-Brightness takes a very expensive toll on your battery, and Stop Using Auto Brightness, and as such, we'd recommend heading on down to Settings --> Display & Brightness -> Auto-Brightness and toggling it to OFF.

Then, should you ever need a little additional backlight, you can manually adjust using the Control Center.

Monitor Apps Refreshing In The Background

Background App Refresh does have its uses, in that it allows an app to work out of sight and pull information ready for you to view when you fire up said app. It's something of a double-edged sword, however, in that it siphons off quite a bit of battery, and if possible, try to use this feature sparingly.

This is a bit of an 'old faithful' tip, but in many cases of users complaining about bad iOS 8.2 battery life on Apple's forums, a simple reset has worked wonders. Press and hold Home + Power buttons at the same time, and wait until the Apple logo appears. From there, you may notice some battery-life improvements, and while it's not ideal to be resetting an iPhone or iPad just to have it functioning as advertised, it's certainly better than running out of battery and carrying around a (very) expensive doorstop.

So, if you're having problems with battery life on iOS 8.2, we very much hope that our iOS 8.2 battery fix guide helps you out.

If you do try any of these tips out, be sure to let us know how you get on by leaving a comment with us below!