So a guy over at BGR.com got hands on the leaked iOS 4.3.1 and successfully managed to install it on his iPhone Device. Previously it was reported by them that the new iOS would probably fix a few bugs encountered in iOS 4.3 such as improved Battery lifetime and is expected to be released in Public within the next 1-2 weeks.

The guys over at BGR tested the leaked iOS and it really does fix only a certain issue which are listed below: 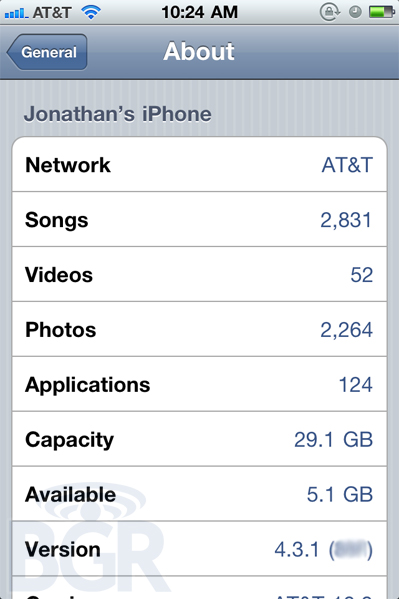