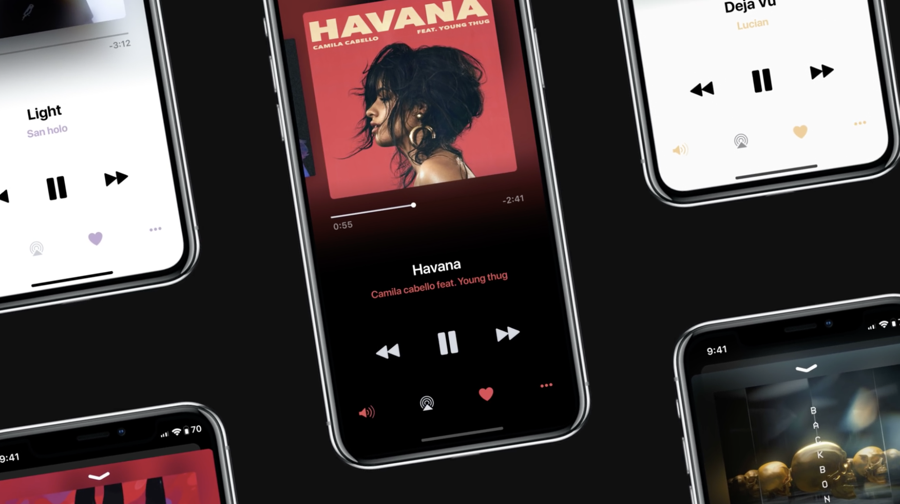 A new iOS 12 concept has surfaced and it paints the Music app in a far sophisticated manner compared to how it is today.

Created by Litaya, the new iOS 12 Music app concept is surely a work of art. It really redefines the Music app in a lot of ways and adds features that really does boost the software's credentials. Let's jump into the video first then we will talk about the features.

It all starts with that brand new 'Now Playing' screen which is splashed with a generous amount of color instead of just white. If you are looking to skip to the next song, then you don't have to tap on dedicated buttons, just swipe to go on. The volume control has been replaced with a button which you (apparently) deep press to reveal the full volume slider. Same goes for liking songs too.

If you flip the device to landscape mode then you will be greeted with a feature that is now long gone from iOS - Cover Flow. Is it a good addition? Yes. Yes it is. Moving on, the Now Playing screen even pulsates to what the music playing in the background, giving users a lively feel. Last but not the least, a Dark Mode has been thrown into the mix as well, which looks, well, epic!

Though the above concept really looks slick, but it's a just a concept. This means that we might not see anything similar to this whenever Apple takes the wrap off its next-generation of mobile software. Also, since there are reports that this year's software update will focus just on squashing bugs and improving performance, therefore we should keep our hopes a little low when it comes to expecting feature additions.

But I have to admit, this iOS 12 concept is way too darn good.

While you are here don't forget to check out the following: