iOS 11 is Now Installed on 65% of iPhones and iPads Worldwide, According to Apple 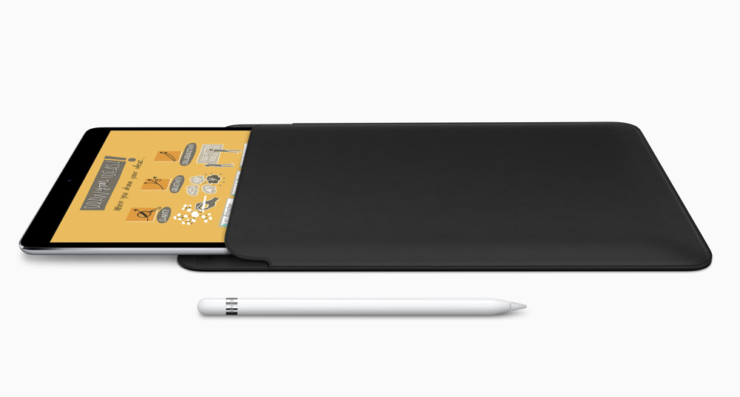 Apple has revealed that iOS 11 is now installed on 65% of iPhones, iPads and iPod devices the world over.

It's no secret that previous versions of iOS saw explosive adoption and iOS 11 is only playing catch up at this point in time. According to the latest numbers straight from Apple, iOS 11 is now installed on 65% of compatible Apple devices worldwide. But the interesting thing to note here is that 28% of the devices are still running iOS 10, while 7% consists of devices running an older version of the software. 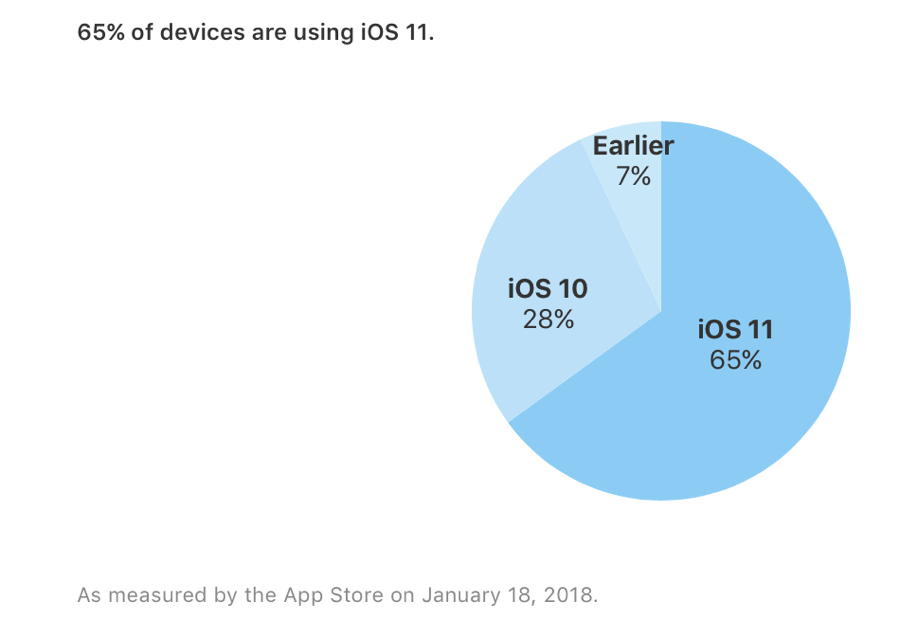 Interestingly, this '65%' number is not surprising at all since a lot of users are still holding onto older hardware such as the iPhone 5. In case you aren't aware, iOS 11 drops support for 32-bit devices completely, meaning that devices older than the iPhone 5s haven't received the new software update from Cupertino. So that explains a big gap in adoption too.

Other than that, the initial release of iOS 11 was met with a lot of negativity, thanks to the bugs accompanying the software. Thankfully, Apple addressed a lot of issues with several point releases down the line, including iOS 11.2 back in December, which brought 7.5W wireless fast charging support to the iPhone X, iPhone 8 and iPhone 8 Plus.

Even at the time of writing this, Apple is working on the future build of its software, iOS 11.2.5. Currently in beta, the upcoming release is meant to squash bugs and brings further improvements, hopefully enticing users to hop onboard the iOS 11 bandwagon if they haven't already.

Tim Cook, on the other hand, revealed that an upcoming software update will add the ability to disable CPU throttling, allowing users to use their older devices at their full potential. Keep in mind that this will cause a device to shut down unexpectedly since the throttling measure was put in place intentionally in order to keep the device's battery healthy. At least that's the explanation Apple has given to everyone out there.

If you haven't updated to iOS 11 just yet, then do let us know in the comments section below why.