Apple had seen fit to release the iOS 10.3 beta a few days back and new discoveries in the source code are starting to surface ahead of its public launch. As it appears, Apple might be planning to forego support for 32-bit apps in its upcoming version of iOS. A new pop-up prompts a user when they try to launch a legacy app on the device running iOS 10.3 beta 1. Let's dive in to see some more details on the subject.

iOS 10.3 beta 1 now warns a user that a specific app needs to be updated if it is to work on future versions of iOS. With that said, this year's iOS upgrade could mark the first version to drop support for 32-bit apps. This ultimately means that only 64-bit apps will function on the forthcoming iOS version.

64-bit app support was first added alongside the launch of the iPhone 5s in September of 2013. Moreover, since February of 2015, Apple required developers to submit apps with 64-bit support and app updates since June of 2015. iOS 9 used an alert when a user first launched an app with 32-bit support. The alert notified that the app could potentially slow down the device. However, 32-bit legacy apps are still on the App Store. In recent findings, Apple seems to have altered the alert prompted in iOS 10.3 beta 1. The alert now depicts that the support will be excluded in future versions of iOS. Below are the two alert messages from iOS 10.2.1 and iOS 10.3 beta 1. 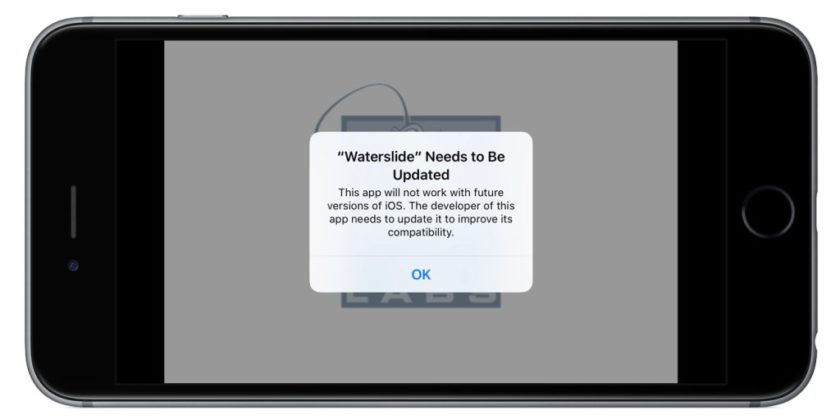 “Waterslide” May Slow Down Your iPad

The developer of this app needs to update it to improve its compatibility. 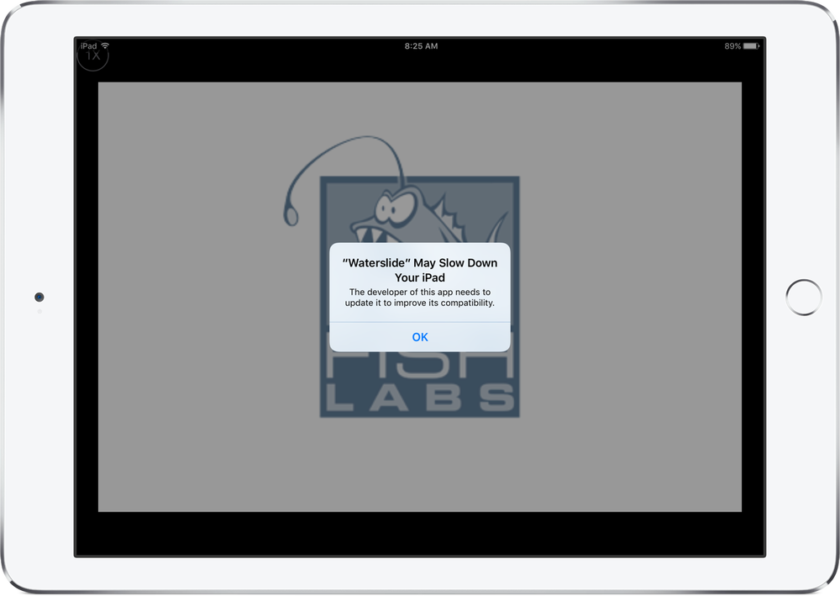 “Waterslide” Needs to Be Updated

This app will not work with future versions of iOS. The developer of this app needs to update it to improve its compatibility.

While the Waterslide app had been pulled from the App Store a long time ago, it can still be downloaded from the purchased list. As it can be seen in iOS 10.3 beta 1, future versions of iOS will no longer launch the app. Henceforth, developers should update their apps with 64-bit support before the company announces its next iOS release.