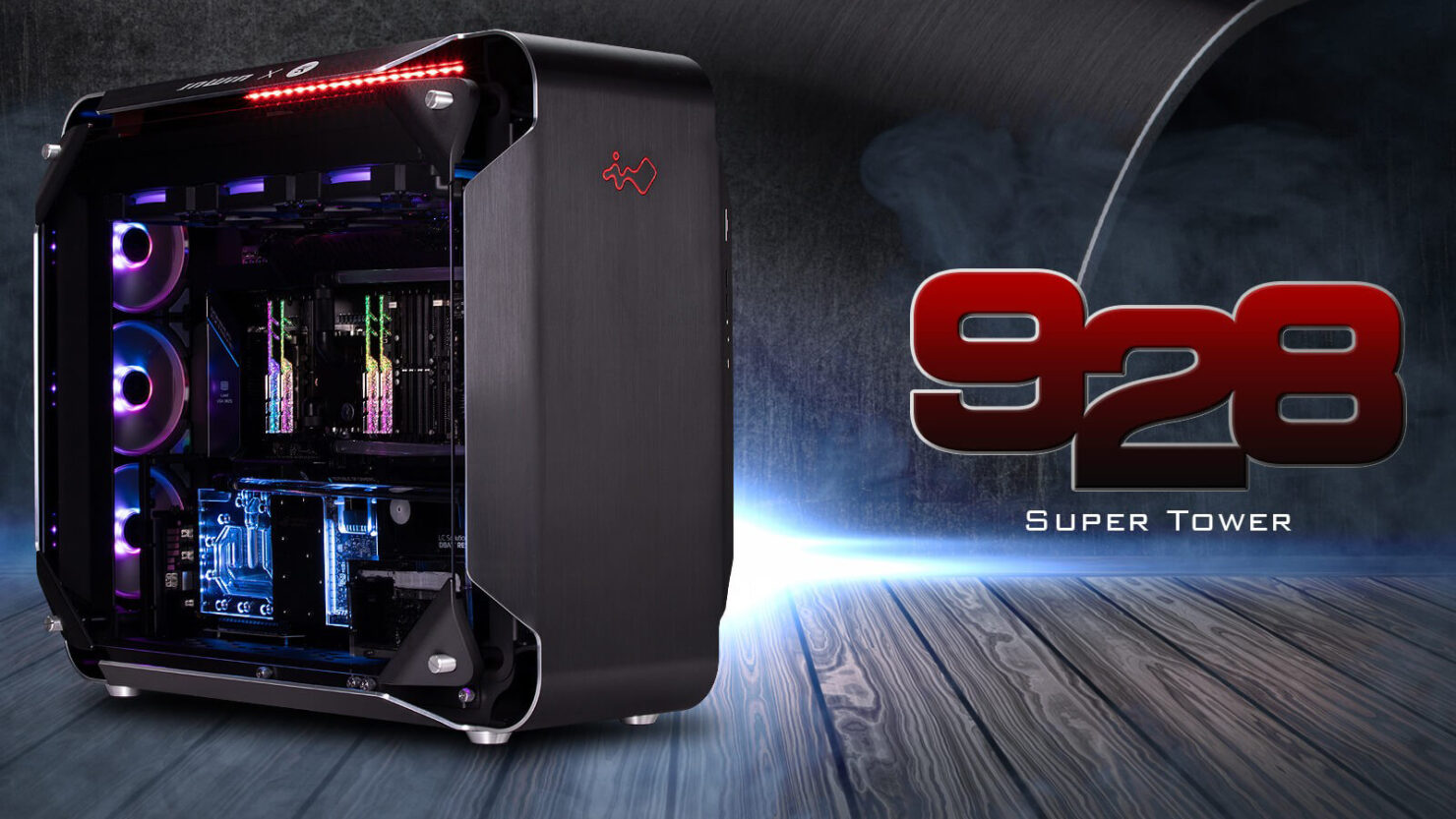 Case maker, InWin, has announced the newest addition to their lineup with the 928 Super Tower. They announced the case over facebook which was previewed at CES 2019. The case does not feature any crazy designs like the Z-Tower or moving side panels like the H-Tower, but it does come with a $999 price tag. The case has a sleek design with curved edges and a one-piece aluminum enclosure.

The case has support for almost every motherboard with the 14” x 14”. This can even support the EEB form factor motherboard on which Intel’s 28 core, overclockable Xeon sits. Even with an EEB motherboard, the motherboard tray will have room to spare. The case dimensions are 571 x 335 x 656mm and it supports up to six 2.5” drives and two 3.5” drives. The case also weighs 51lbs which is 23kg without anything inside. The maximum dimension of a graphics card supported by this case is 480 x 335 x 190mm. The case can support up to two power supplies which work alongside with the ROG Dominus Maximus needing two 24-pin connectors to power Intel’s W-3175X.

Water Cooling Potential Is Through The Roof

The 928 Super Tower is clearly built to be a showpiece and with comes a lot of options for water cooling the tower. The case is built out of high-quality, anodized aluminum and tempered glass. The case supports up to six 140mm fans up top and three 140mm in the front and the back. The best place to put your radiators is up to where there is support for two 420mm radiators with a maximum thickness of 45mm. The possibility for a dual system build is completely possible with all the cooling and dual power supply support.

This beast of a case will be available for purchase May 16th for $999 at the InWin eStore. I expect there to be limited quantities of this case because it is such a niche product.