PC Pro issued a challenge last week to see whose PC can render a 3D graphics benchmark in the shortest period of time. Guess who won it? Well its the Processor Gian Intel who claimed the trophy. With its superchilled rig running at a massive 5Ghz clock speed. Intel’s Alistair Kemp fills us in:

“Well here at Intel we could not resist the challenge, particularly when in our IT department we have overclocking nut Steve ‘DaFridgie’ Anderson. We gave him the challenge of beating 60 secs but restricted him to only a single-socket setup. Last night he ran it on his rig. Result: 50 seconds to complete.” 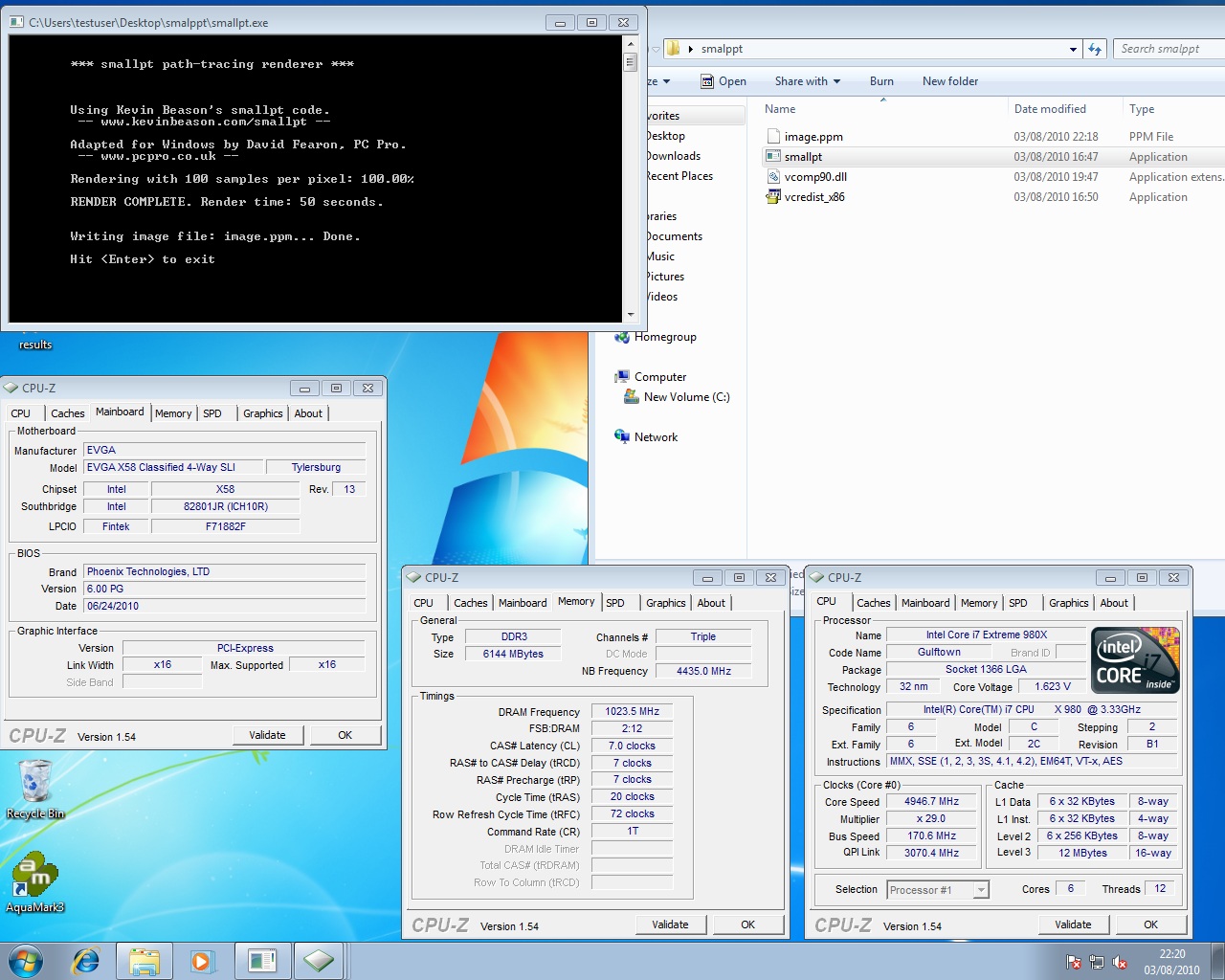 Now 50 Seconds is quite fast indeed compared to an atom notebook which completed the test in 1935 seconds. The rig was cooled by a phase-change cooler which is shown in the pictures below ( A huge box). That yellow meter with the readout is showing the temperature of its output which is a chilly Minus 40C. 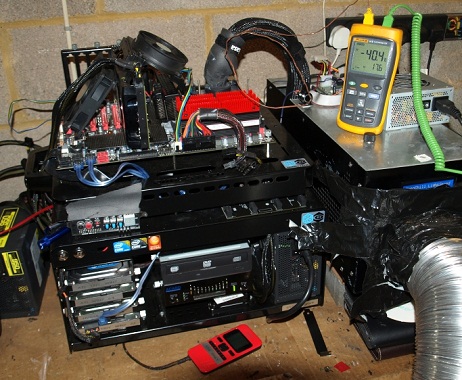 Here's the rig used in the test: 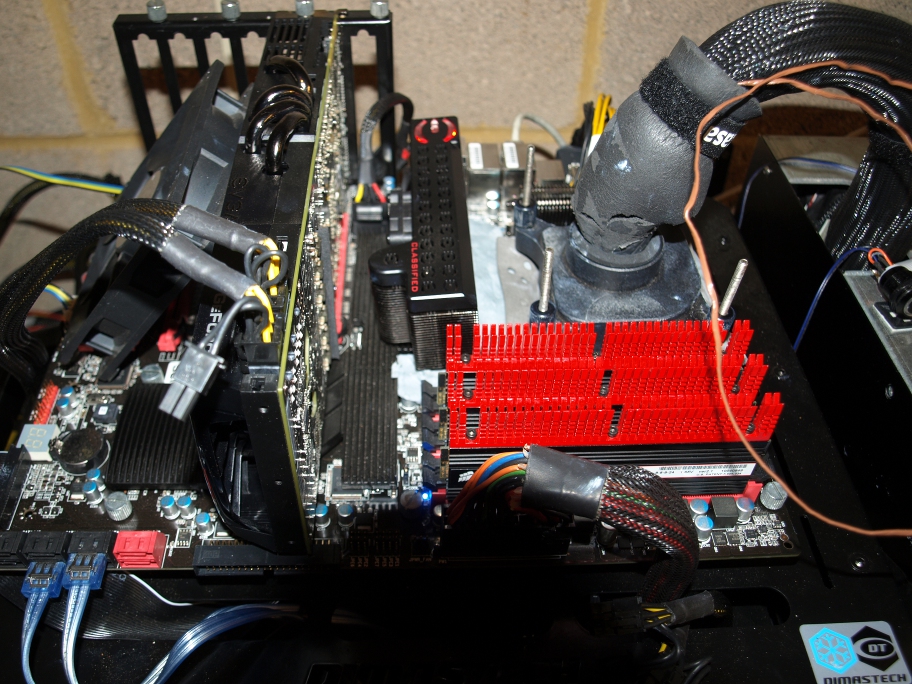 “The smallpt benchmark is a nice one to run, simple and very effective at loading up processors and checking for stability at speed. For the run illustrated by the screenshot [see the screenshot above] I set pretty much the same settings as I use for processor-intensive 3D benchmarks. This benchmark is sensitive to both memory performance as well as QPI speed and these were both adjusted up to the limits of stability at this processor temperature. Intel i7-980x processors do like the cold but also need some extra voltage to drive to extreme frequencies, hence the 1.63v CPU core voltage.”

But the CPU overclock doesnt end at 5Ghz and as said that a little bit more cooling and they should hit 5.5-6Ghz Easily. Now that's hell of a overclock reducing the time from 50 Sec to much less. 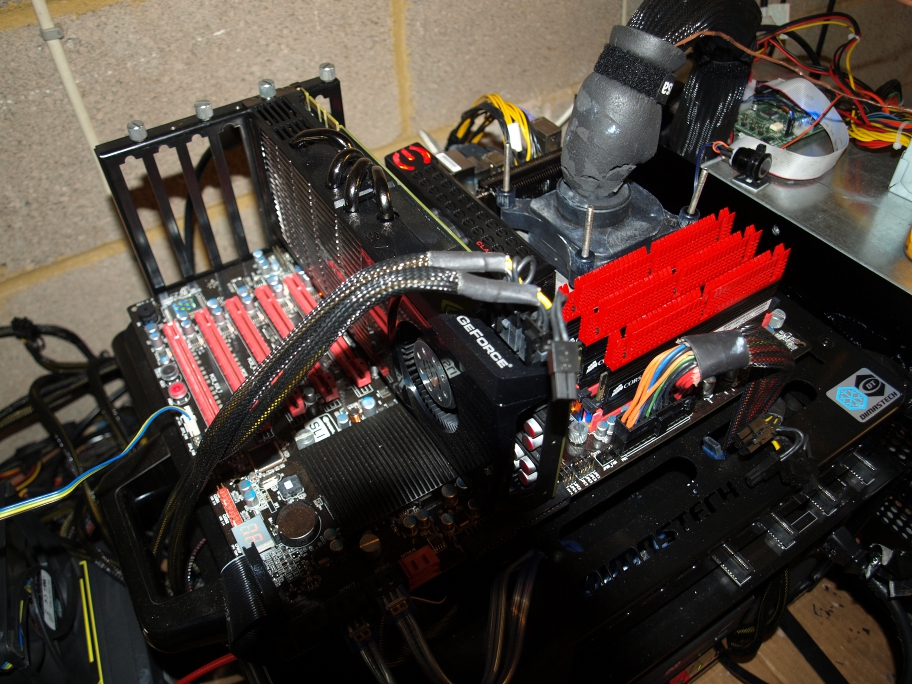 “I would expect that as we cool the processor further down to extreme cold temperatures (-180C) with Liquid nitrogen cooling, we would see stable runs on this benchmark in the 5.7-6.0ghz range.
We’ll be doing some extreme overclocking around the end of august and I’ll add this benchmark to the list to see if we can provide an even more impressive result.”

So anyone willing to break the 50 Sec record can do so by the end of August to steal the trophy from Intel.