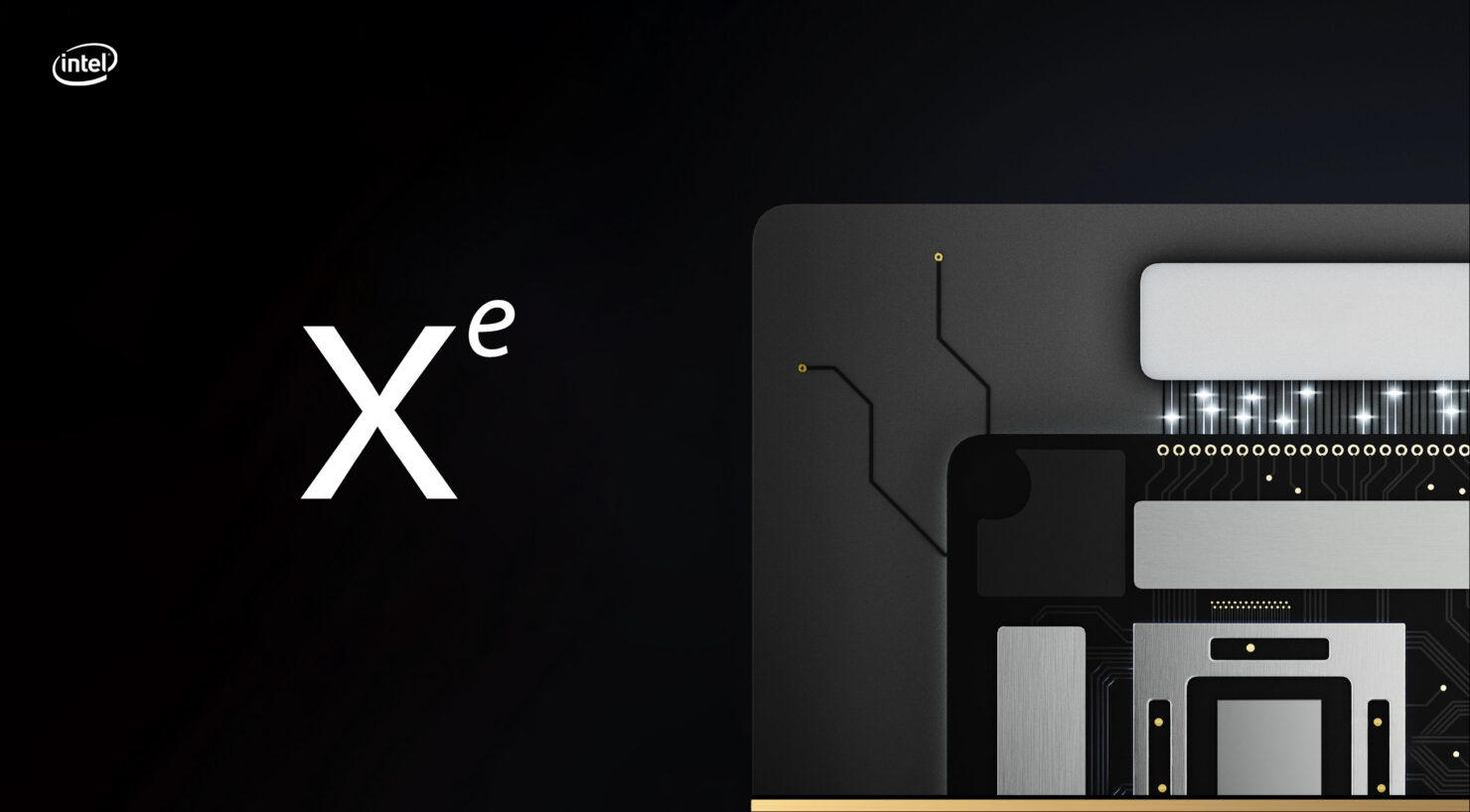 Intel's Chief Architect Raja Koduri has just revealed the first die shot of Intel's Xe HPC GPU (informally known as Arctic Sound), specifically the 2-tile variant. It is the first time we are seeing the insides of the package and the actual dies (although the exact picture appears to have been shaded over by Intel) and you can clearly see the EU clusters, cache and memory.

The monstrous package features 16 clusters with 128 EUs each for a total of 1024 EUs and 8192 cores (or ALUs if you prefer). Last we heard it was based on the Intel Graphics 12.5 architecture and will be clocked at 1290 MHz for a resounding 21.1 TFLOPs of horsepower. And this is not all, there is a 4-tile package in the works as well which will have a massive core count of 2048 EUs or 16384 cores and a graphics horsepower of 42 TFLOPs. 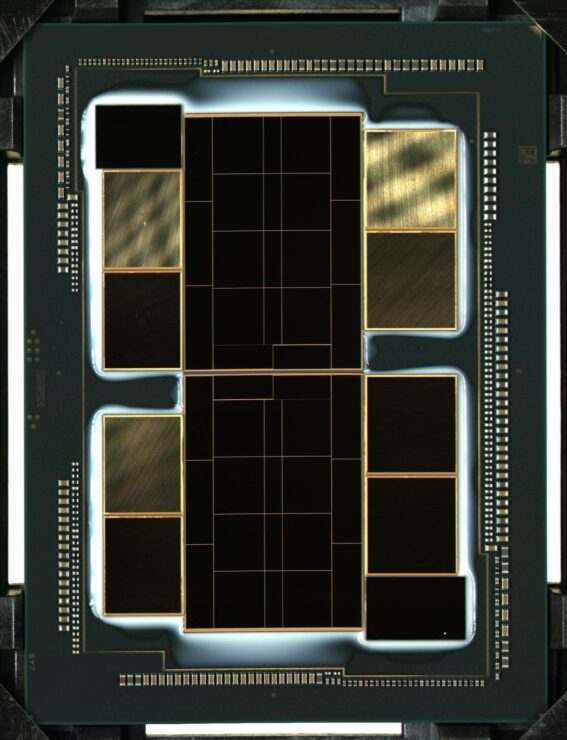 Raja has also teased that you can see "7 advanced technologies" in this picture and while we can hazard a guess at HBM memory, the rest remains to be seen. According to Intel's original plan, the Intel HPC 2-Tile GPU will be made on 7nm process (compute tiles): 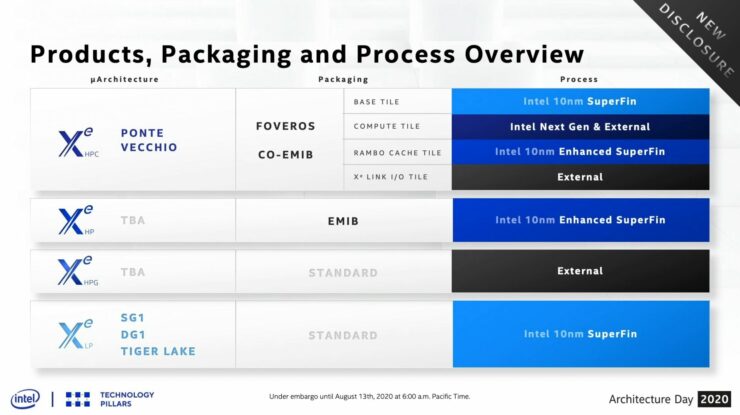 Intel also launched their DG1 OEM-only graphics card today and it looks like they wanted to tease what the future holds as well considering DG1 is only an entry-level card that is meant to act as training wheels for the future as Intel gets a hang of shipping discrete GPUs. The company has previously benchmarked up to a 4-tile live with astounding results and almost perfect scaling during Architecture Day 2020. 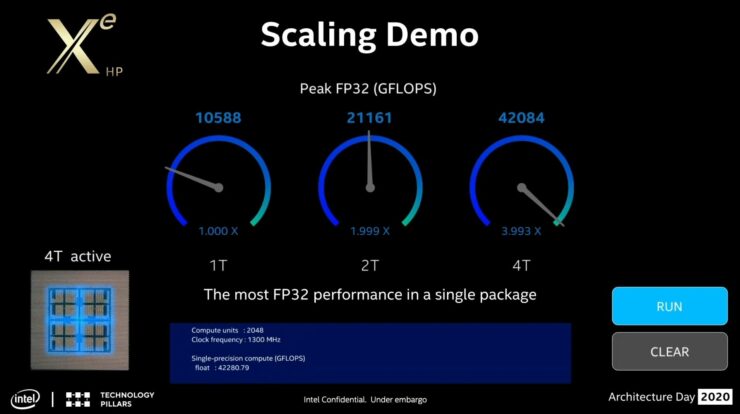 It is clear that Intel is very serious about gaining a foothold in the graphics market and is making significant headway there. With Pat Gelsinger at the helm of Intel and Raja as Chief Architect, Intel is perfectly primed as far as talent goes and it already has the resources to deliver on its promises.