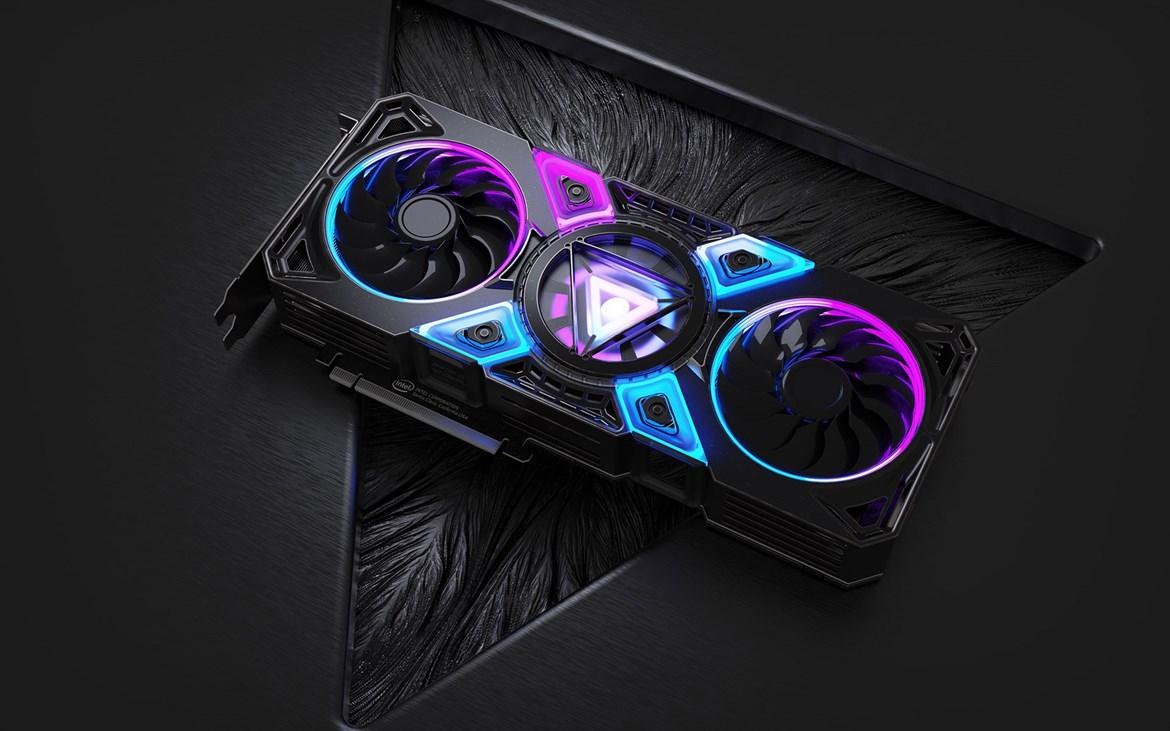 Intel confirmed that they had powered on their Xe GPU in their labs for the first time and we now have independent confirmation of the fact as well. The Intel Xe GPU DG1 prototype was run through GFXBench using a driver that basically did nothing except validate power on. While this doesn't have any further information it does show us that the clock down to a discrete Intel Xe GPU has finally started. We thought it would be a good idea to do a round-up of all the information we have so far regarding Intel's upcoming Xe GPU.

The GFXBench detection was, well, detected first by the venerable twitter account Komachi_Ensaka. The actual listing had the "Graphics gfx-driver-user-feature_dg1_poweron-27723 DCH ReleaseInternal" designation which makes it clear that this is essentially only a power-on test.

The drivers themselves do not have full functionality enabled yet and the benchmark did not run through all its tests or simply showed up as NA : 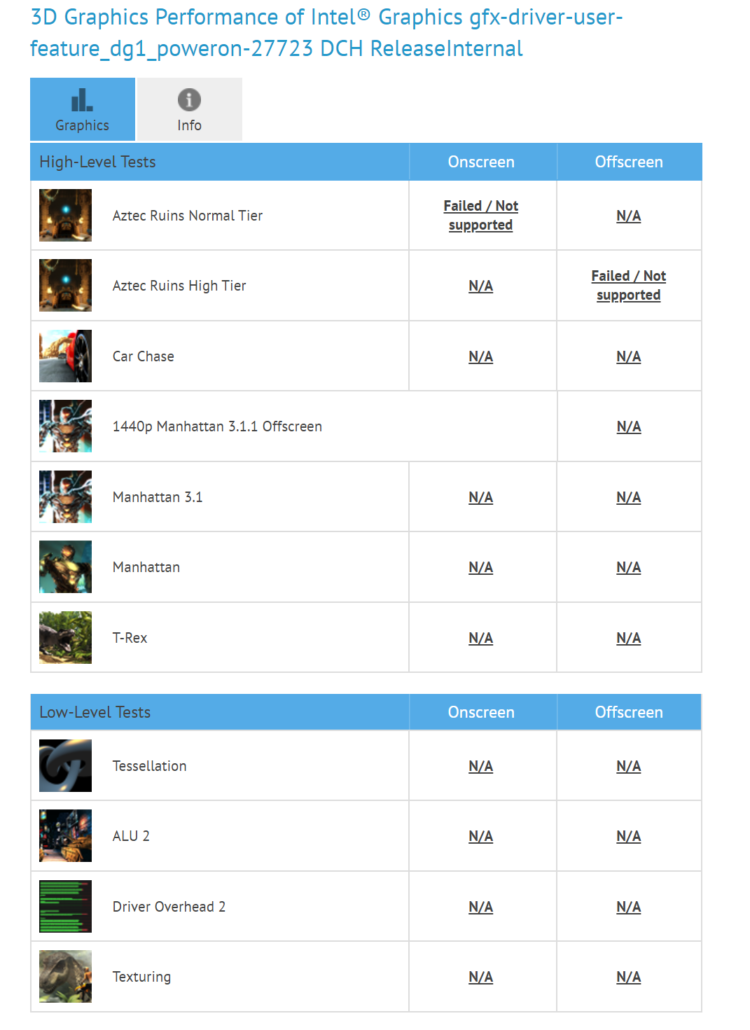 While there is no official word on the Intel Xe GPU launch date so far, rumors by DigiTimes indicate that the card (or at least one variant) is going to be intro-ed sometime in summer 2020. Whether this variant is going to be the data center variant or the gaming variant is up in the air at this point although it's likely going to be the former. Many people are also quoting Raja Koduri's license plate tweet here but from what I managed to glean out of a source close to this info (amidst some derisive laughter) they hinted that this has probably very little to do with the actual launch date and simply his registration.

Intel Xe GPU's marketing chief, Chris Hook, has also previously confirmed a 2020 launch for XE GPU although once again, it's not clear whether he's talking about the data center variant or the gaming variant:

We have heard of at least three different Intel XE GPU variants pop in benchmarks. A 128 EU one, a 256 EU one and even a 512 EU one. The first one is likely going to be just a testing prototype for Intel to get its training wheels on and get the ball rolling - a trial and error platform so to speak, but the latter two are probably going to appear as discrete GPUs sooner or later. The 512 EU Intel Xe GPU is the only one we can say for sure should be landing eventually and based on current forecasts the 512 EU part is going to have performance that is just under an RTX 2080.

This means that you are looking at a solid performer that can churn out some decent performance capable of driving 1440p to 4k resolution. The only thing we don't know for sure is the launch window for the 512 EU variant. Considering Intel has hinted multiple times that it's going to be following a bottom-up approach, we are likely going to see a less powerful variant land first before the ramp up all the way to 512 EUs.

The final factor is going to be the pricing and considering the Intel Xe department is being run in spirit by a team that was formerly at AMD, I am fairly confident that we are going to see some incredibly generous pricing. I am sure the company will be able to take advantage of the huge margins that Intel has thanks to owning their own foundry and utilize that to take a very AMD-esque approach to pricing their graphics cards.

Increasing the TAM (Total Available Market) by raising the performance per dollar of their GPU offerings is a good way to break into the market. In fact, considering this is a brand new GPU vendor, I expect Intel to undertake some decent promotional launches with pricing that is going to account for the risk that a buyer is going to take - considering this is Intel's first time with a discrete GPU launch for the market.

The one thing we can say for sure, however, is that it is absolutely great to see the PC GPU duopoly become a triopoly and more vendors on the market is a win for consumers with the average cost for graphics going down substantially as more suppliers enter the market. 2020 is going to be a great year to be a PC gamer considering all of the PC-related hardware that will be debuting.