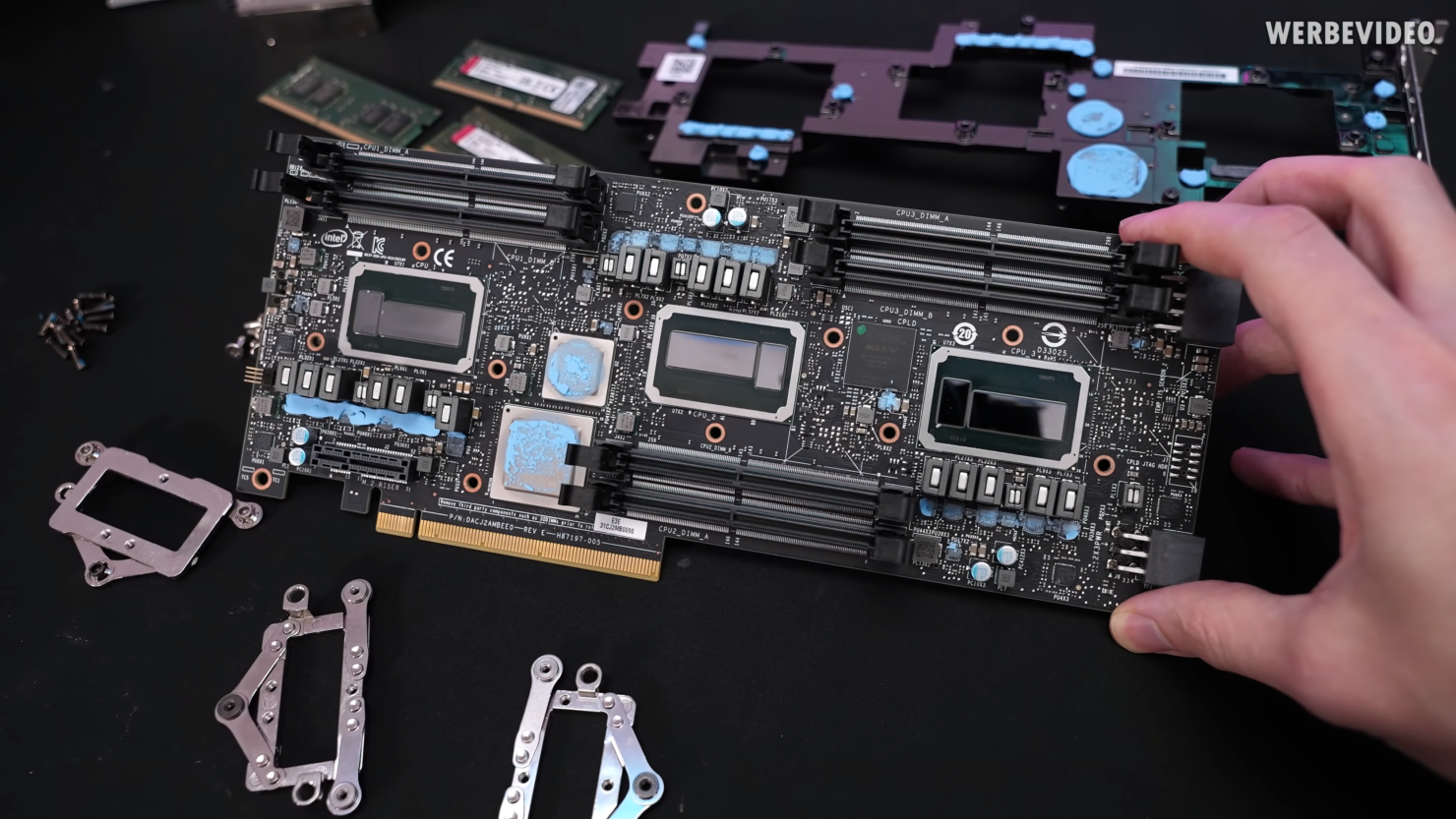 Roman "Der8auer" Hartung bought a discontinued Intel Visual Compute Accelerator (VCA) 2 from eBay's popular second-hand site. The card is not a graphics card but a device to assist with accelerating visual cloud computing for enterprises through utilizing various Xeon chips on the same PCB.

The most significant purpose of the Intel VCA2 is that it allows users who establish Windows or Linux instances and link instantly to the remote device. The cost-effectiveness of the device is crucial as multiple users can access the accelerator and use the machine for several cloud applications, ranging from business to gaming.

Intel's VCA2 was released six years ago and found use for QuickSync video acceleration via integrating Iris Pro P580 graphics technology which is an integrated GPU featured on last-gen processors. However, since its release in 2016, the card has been discontinued. The discontinuation of the technology was in short to Intel moving forward with new server and video codec technologies, as we have reported recently (Intel's AV1 video codec and the company's recent Ponte Vecchio AI/HPC processor to be released later this year).

Der8auer's video on the Intel VCA2 was quite surprising, however, in that the accelerator uses three quad-core Xeon E-1585L v5 processors to power the device. Each processor is ranked at 45W of TDP which is based on Intel's Skylake structure. The three processors also utilize their own SO-DIMM memory banks, with each chip that can access up to 64GB of DDR4.

The Intel VCA2 uses the H264 encoding codec for the 1080p resolution streams. It can support as many as 44 separate streams running at 1080p resolution, along with the ability to stream up to 14 streams in 4K resolution. Finally, the processors connect to PLX chipsets that utilize the same PCIe 3.0 x 16 connection.

While Hartung managed to have the system recognize the card, he has not located any software that allows him to use the card to its fullest. The YouTuber asks if anyone can assist with more information or even access the software for the video to contact him via his channel.