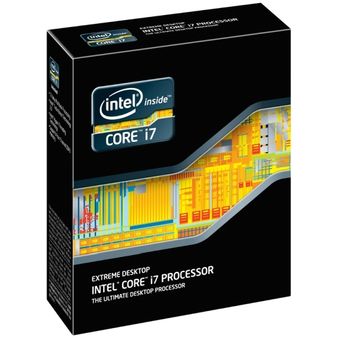 You can find more details of the chip here.

You can find more details of the board here.

Both products are now globally available at major retail outlets, you can find the press release below:

The Intel Desktop Board DX79SR, "Stormville" is our highest performance Extreme Series Board designed for premium features such as 8 memory DIMMs, 64 GB of memory, 3 PCI-Express 3.0 x16 graphics connectors to support NVIDIA SLI and AMD CrossfireX configurations, and full complement of controls targeted for performance tuning and overclocking. Unlock and Unleash with Extreme Confidence. Here's more on the board and CPU.