Intel Puts Robert Swan In The Lead As CEO 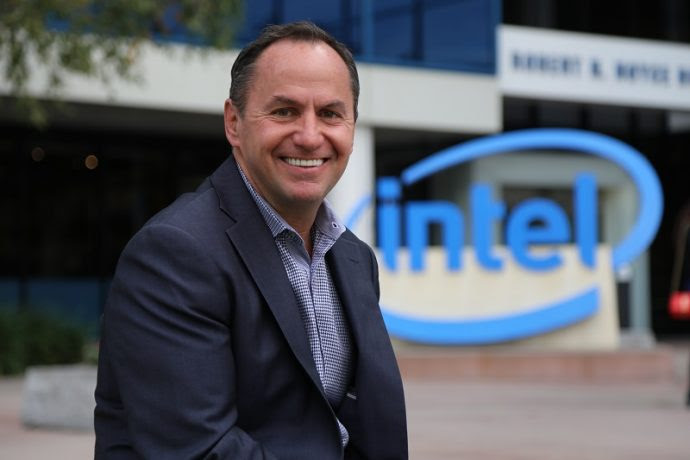 After what seems like an eternity, Intel has finally named their new CEO, and that person is Robert Swan. He's been holding down the spot of interim CEO for the past seven months and has been their CFO since 2016 and will now assume the role as the seventh CEO for Intel as well as being elected to their board of directors.  Included is the full press statement from Intel regarding the update and we'll have more information as it becomes available.

SANTA CLARA, Calif., Jan. 31, 2019 – Intel Corporation (NASDAQ: INTC) today announced that its board of directors has named Robert (Bob) Swan as chief executive officer. Swan, 58, who has been serving as Intel's interim CEO for seven months and as chief financial officer since 2016, is the seventh CEO in Intel's 50-year history. Swan has also been elected to Intel's board of directors.

Todd Underwood, vice president of Finance and director of Intel's Corporate Planning and Reporting, will assume the role of interim chief financial officer as the company undertakes an internal and external search for a permanent CFO.

"As Intel continues to transform its business to capture more of a large and expanding opportunity that includes the data center, artificial intelligence and autonomous driving, while continuing to get value from the PC business, the board concluded after a thorough search that Bob is the right leader to drive Intel into its next era of growth," said Chairman Andy Bryant. "The search committee conducted a comprehensive evaluation of a wide range of internal and external candidates to identify the right leader at this critical juncture in Intel's evolution. We considered many outstanding executives and we concluded the best choice is Bob. Important in the board's decision was the outstanding job Bob did as interim CEO for the past seven months, as reflected in Intel's outstanding results in 2018. Bob's performance, his knowledge of the business, his command of our growth strategy, and the respect he has earned from our customers, our owners, and his colleagues confirmed he is the right executive to lead Intel."

"In my role as interim CEO, I've developed an even deeper understanding of Intel's opportunities and challenges, our people and our customers," Swan said. "When I was first named interim CEO, I was immediately focused on running the company and working with our customers. When the board approached me to take on the role permanently, I jumped at the chance to lead this special company. This is an exciting time for Intel: 2018 was an outstanding year and we are in the midst of transforming the company to pursue our biggest market opportunity ever. I'm honored to have the chance to continue working alongside our board, our leadership team, and our more than 107,000 superb employees as we take the company forward."

Swan is a proven leader with a strong track record of success both within and outside Intel. As interim CEO, Swan has managed the company's operations in close collaboration with Intel's senior leadership team. Swan has been Intel's CFO since October 2016. In this role, he led the global finance, mergers and acquisitions, investor relations, IT and corporate strategy organizations. Prior to joining Intel, Swan served as an operating partner at General Atlantic LLC and served on Applied Materials' board of directors. He previously spent nine years as CFO of eBay Inc., where he is currently a director. Earlier in his career, he was CFO of Electronic Data Systems Corp. and TRW Inc. He also served as CFO, COO and CEO of Webvan Group Inc., and began his career at General Electric, serving for 15 years in several senior finance roles.