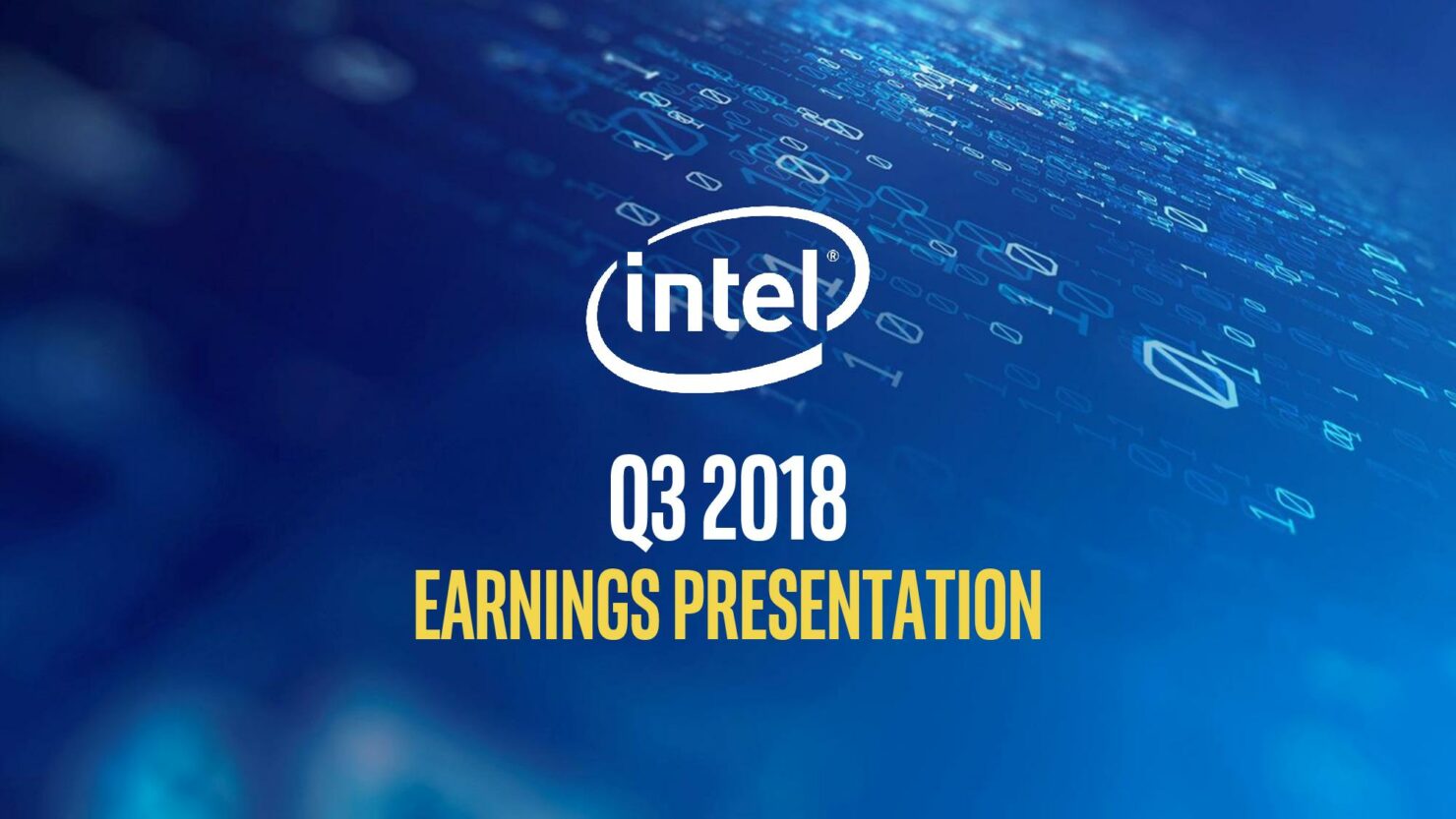 Intel (NASDAQ:INTC) has posted another record quarter in Q3'18 with record revenue and record profits. The company posted record quarterly EPS of $1.38 on back of record revenue of $19.2 billion - an all-time high and up 19% year over year. The Client Computing Group (CCG), the Data Center Group (DCG), the Internet of Things Group (IOTG), the Non-volatile Memory Solutions Group (NSG) and Mobileye all achieved record revenue. It's worth keeping in mind that the company has been experiencing unprecedented demand and is currently running its fabrication facilities at maximum capacity and the lowered tax rate definitely helped.

“Stronger than expected customer demand across our PC and data-centric businesses continued in the third quarter. This drove record revenue and another raise to our full-year outlook, which is now up more than six billion dollars from our January expectations. We are thrilled that in a highly competitive market, customers continue to choose Intel,” said Bob Swan, Intel CFO and Interim CEO. “In the fourth quarter, we remain focused on the challenge of supplying the incredible market demand for Intel products to support our customers' growth. We expect 2018 will be another record year for Intel, and our transformation positions us to win share in an expanded $300 billion total addressable market.”

A company like Intel (NASDAQ:INTC) is usually built from the ground up to have some spare bit of production capacity. When you are running the most advanced fabrication production line on planet Earth (a title which is in jeopardy as Samsung starts setting up its 7nm EUV scanners), it pays to have every spare bit of capacity. Fortunately for Intel, demand for its CPUs has been so high that it has been running all fabs at maximum capacity for some time now.

The reason is simple, AMD discovered that the market is hungry for high-end processors with more cores than was the norm a couple of years ago (4 to be precise) and the expanded Total Available Market has been gobbled up quite easily by Intel's spare capacity. While this is a great problem to have, to be sure this IS a problem because even as Intel's fabs run at full capacity, the unmet demand has no choice but to go elsewhere: AMD.

That said, the company remains comfortably in the lead as far as performance goes. Its 14nm architecture is quite easily superior to the one AMD is using but unfortunately for the consumers, its also priced with a premium. This demand isn't going to go anywhere in Q4 2018 and it is because of this reason that the company has increased its guidance for the fourth quarter. That said, this is a problem that Intel has to tackle in 2019 or risk losing its throne to TSMC or Samsung (GloFo has dropped out of the race).

Fortunately, from what we are hearing, Intel has 10nm (or a version thereof) well on track to meet its production deadline by 2019. It is also getting ready to setup its own EUV scanners and if it can manage to recreate its earlier success with traditional lithography, it should, in theory, be able to retake any lost lead. Counter-intuitively, 10nm on standard scanners is harder than 7nm on EUV. So while we expect Intel to have a difficult time till it gets its EUV scanners up, we do expect it to retake any lost lead once they do that.

AMD has been slowly chewing away on its market share as far as EPYC goes, but Intel is defending that market segment with gusto. From what we have heard, the mobility segment is the one that Intel will leave to fend for itself should things get ugly. The company has very deeply entrenched Xeon ecosystem right now and we do not believe losing the lead for a few months will make any data center consider shifting.

What can makethem shift is if Intel can no longer supply them with new processors - which can happen if they do not get spare capacity up and running soon - which the company has stated they will do so with priority. All in all, the fundamentals of the company remain strong but caution is advised going into 2019 and the thing to keywords to look out for with Intel are EUV and 10nm.

A breakdown of performance by Business Units can be found here:

The company is guiding increased revenue of $19.0 billion in the fourth quarter of 2018 with a tax rate of 13%. Earnings per share is expected to be around $1.16. Intel (NASDAQ:INTC) expects full year revenue to be $71.2 billion with an annual EPS of $4.53. The complete presentation deck is given below: