When our YouTube editor, Keith May, received the Arctic Freezer 7X for review he noticed something very interesting on the backside: compatibility for an Intel Socket that does not yet exist. The Arctic Freezer 7X is a CPU cooler that inadvertently confirmed the socket for Intel's upcoming 10th generation processors: LGA 1200. We had already seen the LGA 1200 socket appear in multiple leaks but this is the first time we have indisputable evidence through the manufactured product of an Intel partner.

Things like this start to happen as companies are drawing closer to the launch date and partners have already finished manufacturing their complementary products in the ecosystem. This does put to rest the debate about which socket Intel is actually using for 10th Generation processors once and for all - its LGA 1200. Without any further ado, here is the money shot: 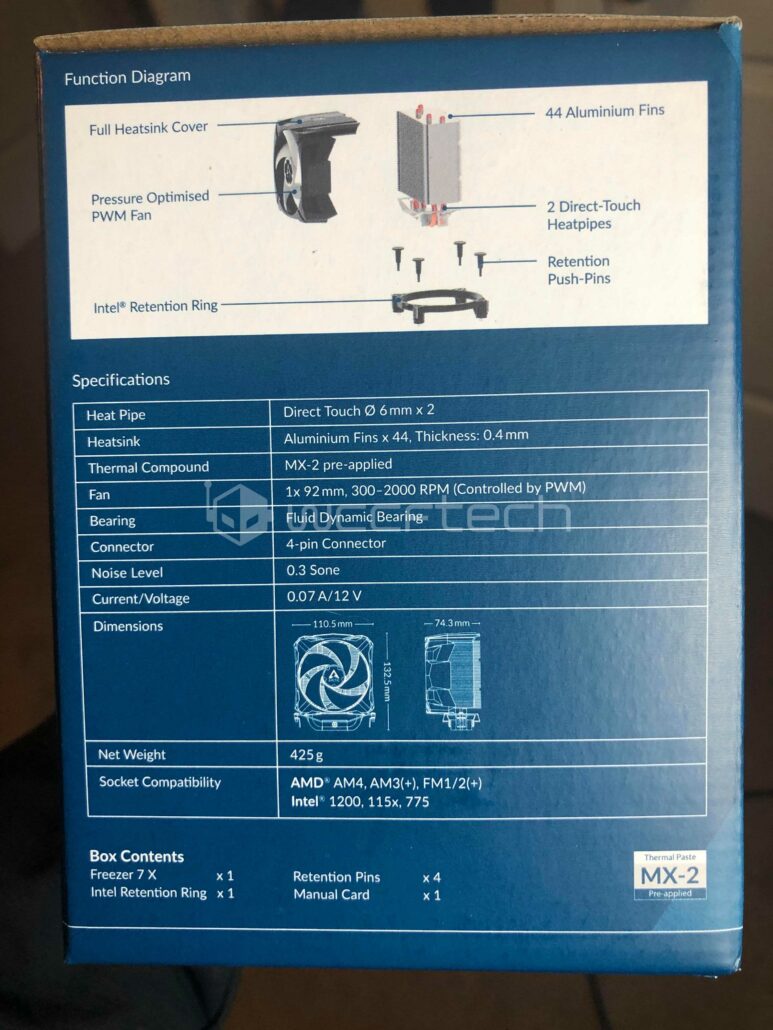 This also means that we should expect Intel's 10th generation parts to launch very soon. Comet Lake S will be Intel's last family on the 14nm process and will probably set in stone the meaning of high clock rates. Boost clocks of up to 5.1GHz are something that we expect these processors to put out as well as a general reduction in prices for Intel to compete against AMD. 2020 is going to be a very good year to be a gamer.

Comet Lake-S is Intel's plan to introduce up to 10 cores to its mainstream lineup, based on the 400-series chipset and LGA 1200 socket. Comet Lake S parts will be landing near the end of the year and should hit the shelves by early Q1 2020. The lineup will include high performance "K" series parts with 125W TDP and a very high clock rate (these are based on the company's highly mature 14nm process).

All that said, what will really make or break this platform is going to be pricing. AMD has been fairly aggressive with pricing in the past and we can expect them to continue doing so going forward. It also appears that Intel's highest core part will remain the Intel Xeon W-3175X till Q2 2020 at 28 cores/56 threads. It remains to be seen what Intel will christen the parts as but if the 10nm mobility nomenclature is any indication then we might see them using the 10th generation branding. Intel Core i9-10900K, Intel Core i7-10700k, and Intel Core i5-10600K could be a thing sooner or later.