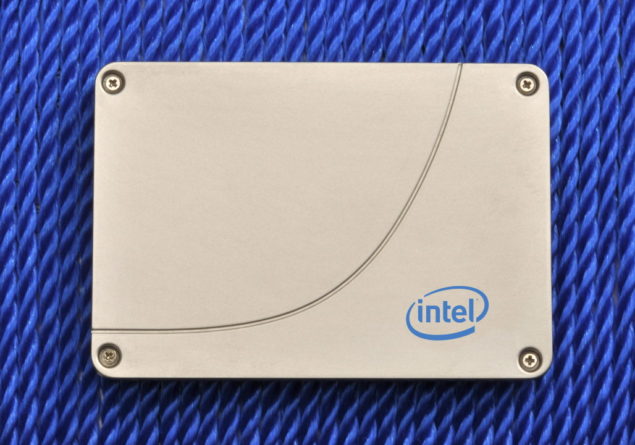 Any consumer application requiring high throughput and bandwidth, low latencies and accelerated speed will benefit from the Intel SSD 520. Software developers, architects, accountants, engineers, musicians, media creators and artists are just some of the professionals that will find that the Intel SSD 520's full package of features can make a dramatic impact on their productivity. With faster performance for graphic renderings, compiling, data transfers and system boot-ups, users can speed through multi-tasking or once-cumbersome application wait times with an Intel SSD 520 Series.

Unlike a traditional hard disk drive (HDD) with spinning disks and moveable parts, an SSD is based on silicon, NAND flash memory specifically, to create a lower power, more reliable and drastically faster storage solution that can keep up with today's most demanding applications, Internet streaming and intense multi-tasking. Based on its own industry-leading 25 nm Intel compute-quality NAND flash memory and a 6 gbps SATA III interface, the Intel SSD 520 uses an LSI SandForce Flash Storage Processor with an Intel co-defined and validated firmware release, to create an SSD that sets new industry performance benchmarks. The Intel SSD 520 delivers up to 80,000 maximum 4K random write Input-Output Operations Per Second (IOPS) and up to 50,000 4K random read IOPS to speed through every day operations. High sequential read performance of up to 550 megabytes-per-second (MB/s) and up to 520 MB/s sequential writes also markedly accelerate and improve user productivity. This is backed by thousands of hours of Intel testing and validation, including more than 5,000 individual tests, as well as a 5-year limited warranty.

"We worked closely with Intel to leverage their deep understanding of the NAND flash, ultimately providing a unique and optimized solution for client computing applications with the LSI SandForce Flash Storage Processor," said Michael Raam, vice president and general manager of LSI's Flash Components Division, formed by LSI's acquisition of SandForce. "Working through Intel's extensive validation process ensures the Intel 520 SSD will raise the bar in delivering top-tier performance and superior quality and reliability over the life of the drive."

The Intel SSD 520 will mark the high end of its client SSD offerings and include these new features: a wide range of user capacities from 60 GB to 480 GB, Advanced Encryption Standard (AES) 256 bit encryption capabilities and stronger password protection for added security in the event of theft or power loss. According to PCMark Vantage benchmarking, users of the Intel SSD 520 may see significant productivity gains through an up to 78 percent boost in overall PC responsiveness, and gamers will see an up to 88 percent jump in performance to enhance their gaming experience. IT professionals will not only provide this additional performance and productivity to their customers/employees, but find that the Intel SSD 520 also delivers on reliability, improved security, smoother operations and lower total operational costs.

"Our game development workflow involves a combination of large batch process and aggressive interactive pre-visualization, all highly parallelized to the point that the storage performance becomes a major bottleneck," said John Carmack, founder and technical director of id* Software, a gaming software developer and creators of Doom and Quake. "For many of our workloads, Intel SSDs have doubled throughput, and in some cases involving mapping tens of gigabytes of image data, we have seen an honest order of magnitude performance improvement, which is a rare and wonderful thing."