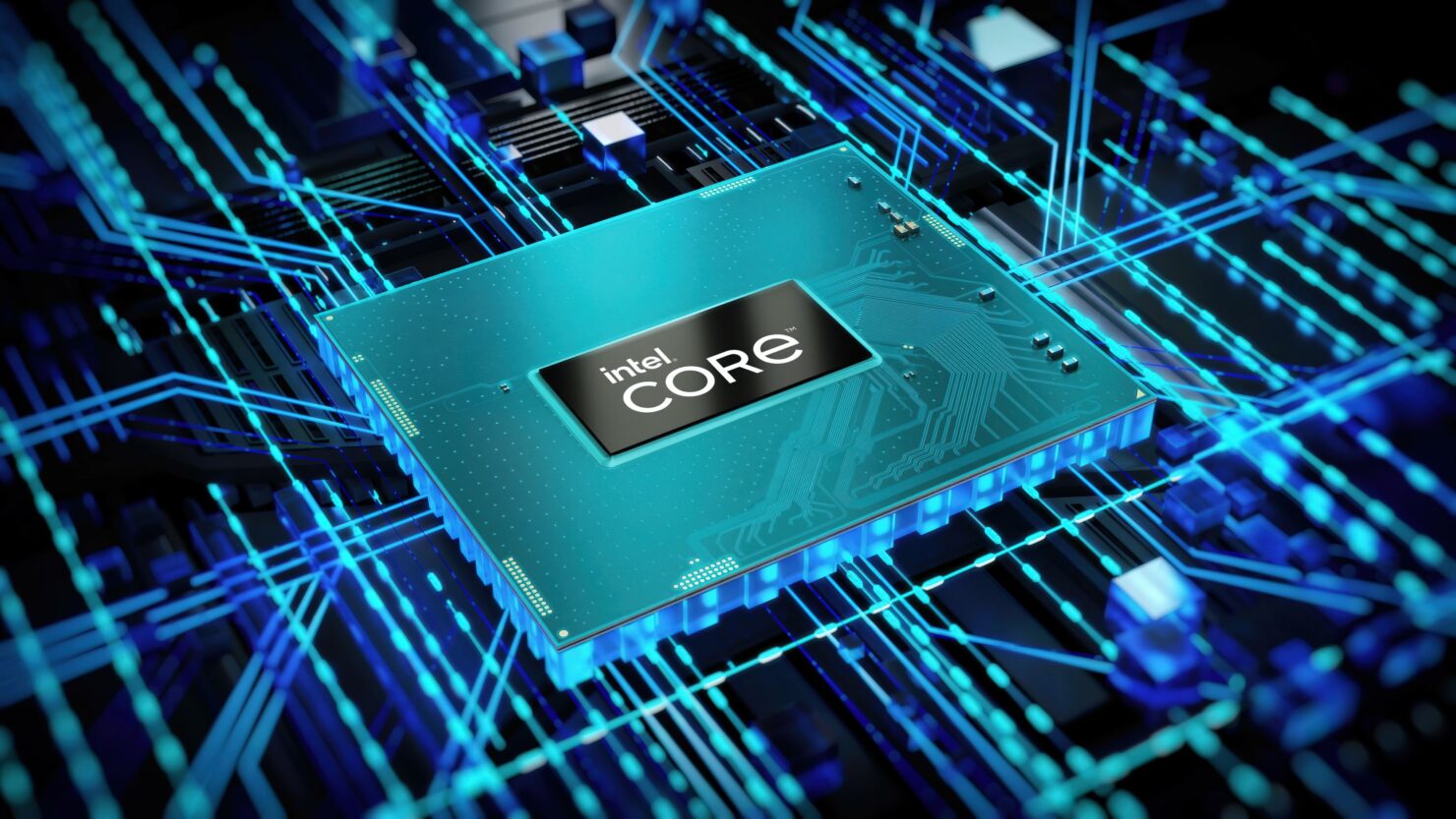 Intel has officially launched its 12th Gen Alder Lake-HX CPUs for enthusiast workstations & gaming laptops. The company terms them as the fastest chips for laptops released to date, offering insane amounts of performance and the highest core count yet to come on the laptop segment.

The 12th Gen Intel Alder Lake-HX CPUs are simply put, Alder Lake-S 'Desktop' repurposed for the laptop segment. The new chips may not look vastly different than the desktop lineup but they do bring some cool changes over the existing Alder Lake-H (45W) SKUs. Intel has specifically designed these CPUs for mobile workstation platforms, targetting Engineers, Scientists, and Enthusiasts. To make this possible, the existing Intel Alder Lake-S 'Desktop' die had to be thinned out to integrate on such size-constrained devices. 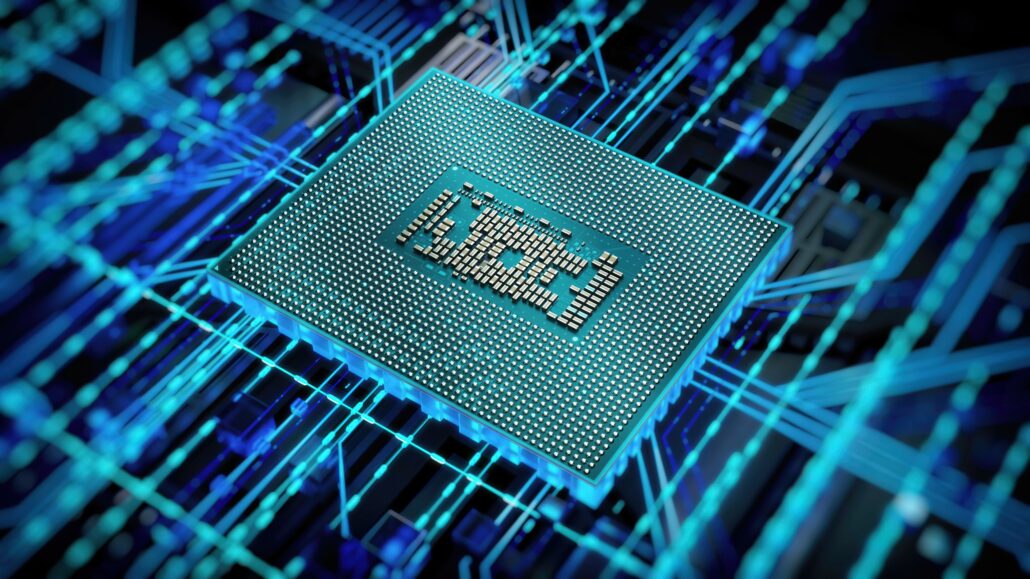 For this purpose, Intel has thinned out the die height of their 12th Gen Alder Lake-HX to 2.0mm (vs 4.4mm). That's a 2.2x reduction in height while the rest of the package measures the same at 45 x 37.5mm. The die also comes in a BGA form factor versus the LGA form factor that the desktop line utilizes. 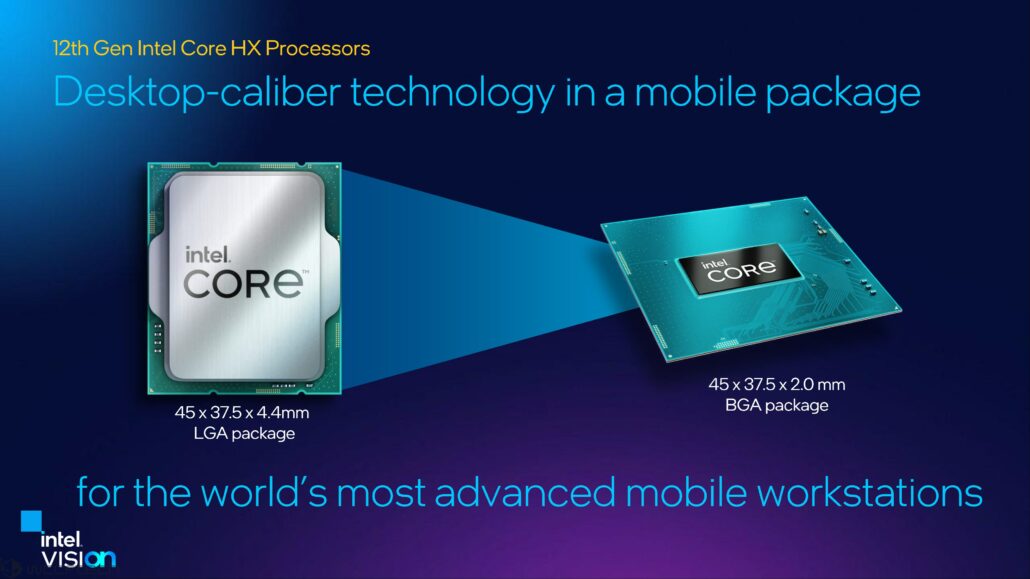 In terms of capabilities, there's a lot going on. Intel's 12th Gen Alder Lake-HX Mobility CPUs have been equipped to support both DDR5-4800 and DDR4-3200 memory. Some laptops will even allow users to equip ECC (Error Correcting Code) memory. As for capacities, workstation platforms need lots of system memory and as such, the CPUs allow up to 128 GB capacities in four DIMMs with a 2 DIMM per channel layout.

Another key upgrade over Alder Lake-H is that Alder Lake-HX has wider IO support which is made possible thanks to its extended PCIe capabilities. The CPUs offer 16 Gen 5.0 and 4 Gen 4.0 lanes. In addition to these, the PCH offers 16 Gen 4 lanes and 12 Gen 3 lanes. Combined, you are getting 16 Gen 5 lanes, 20 Gen 4 lanes, and 12 Gen 3 lanes which are disruptive for the laptop platform. This allows for a discrete GPU, up to 4 SSDs, and up to 2 discrete Thunderbolt controllers to be utilized on a high-end laptop powered by these chips.

Other features include 14 USB 2.0, 10 USB 3.0, 8 SATA III ports, WiFi6E (Gig+), DFP1.4, and HDMI 2.0b, eDP 1.4b and DBR3 support. Storage capabilities also come with RAID 1,0 and 5 support. In addition to the I/O, Intel Alder lake-HX CPUs are also fully ready for both CPU & memory overclock with enhanced capabilities. For CPU, Intel has updated its Speed Optimizer is an enhanced Intel Extreme Tuning Utility while for memory overclocking, the laptops will feature full support for XMP 3.0 and enable the Dynamic Memory Boost feature. 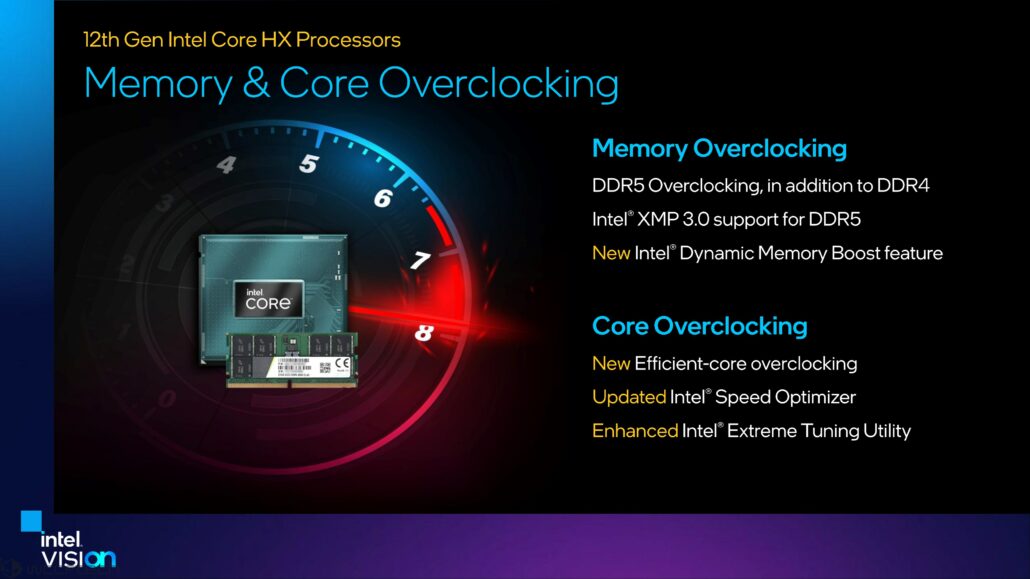 Coming to the lineup, the Intel 12th Gen Alder Lake-HX CPUs come in 7 different flavors, each in its own category. There are two Core i9, three Core i7, and two Core i5 SKUs. All chips feature a hybrid core design based on the Golden Cove (P-Core) and Gracemont (E-Core) architectures. 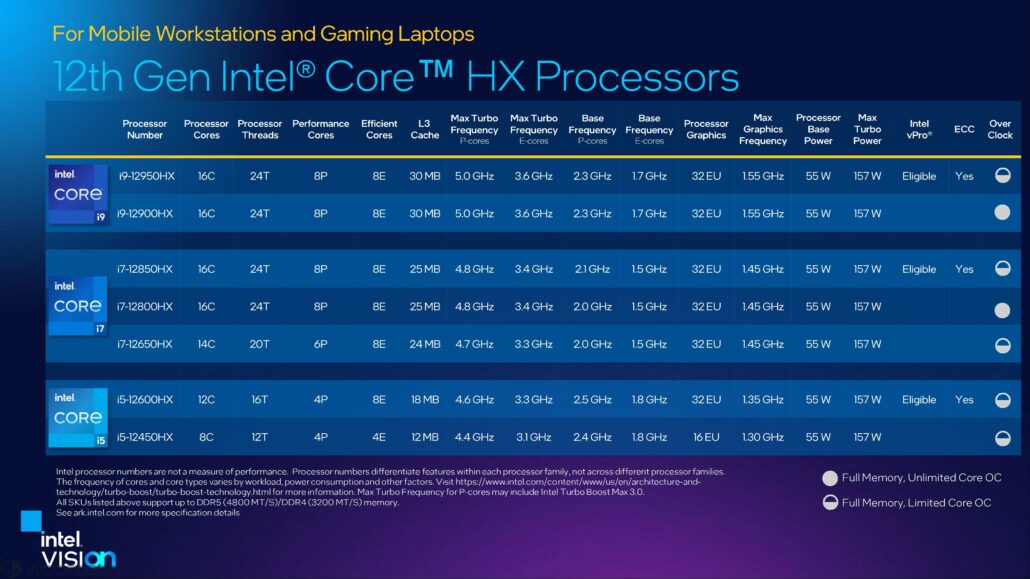 Starting with the top SKU, we are looking at the Core i9-12950HX and the Core i9-12900HX. Both offer 16 cores and 24 threads in an 8+8 configuration. They carry 30 MB of L3 cache, core clocks rated at 3.6 GHz base, and 5.0 GHz boost. The main difference is that the top SKU comes in vPRO flavors while the other carries fully overclocking support. Overclocking is available for each SKU but the vPRO parts only offer partial core overclocking.

One of the main differences between the Intel Alder Lake-H and Alder Lake-HX CPUs is the TDP. While the PL1 rating is just 10W higher, the PL2 or Maximum Turbo Power has been increased to 157W (vs 115W), an increase of 37%. This change is for all SKUs and makes Alder Lake-HX the most power-hungry CPUs to date. 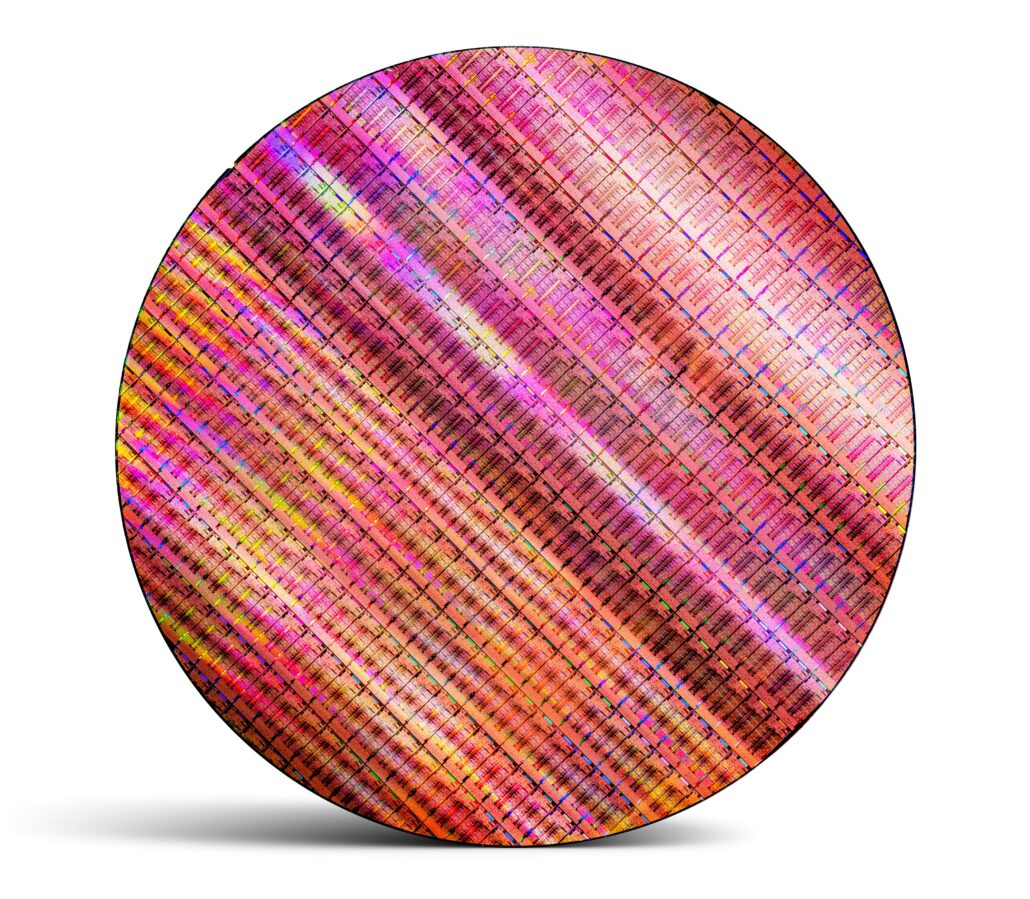 Intel is also sharing benchmarks in which it is not only comparing the new 12th Gen Alder Lake-HX CPUs to its predecessors and Alder Lake-H chips but also AMD's Ryzen 6000H 'Cezanne' & Apple's M1 Max CPU.

In CPU-specific benchmarks, the Intel Core i9-12900HX leads by a good margin and even shows respectable improvement in multi-threading performance over the very-capable intel Core i9-12900HK. Performance is measured across various content creators and workstation apps. 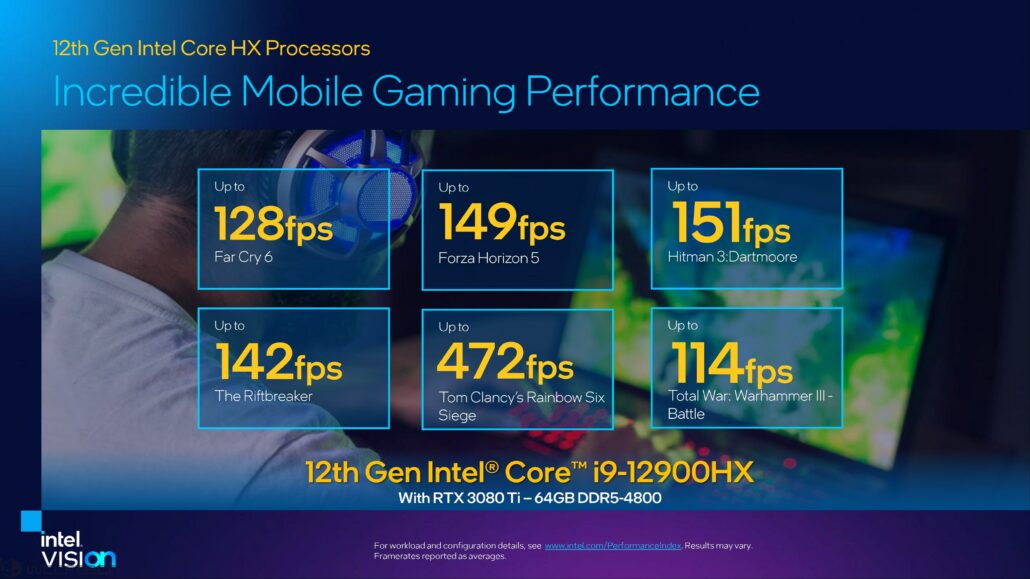 Intel also goes the extra mile to show some triple-digit numbers in various AAA games running on the high-end Core i9-12900HX laptop with an NVIDIA GeForce RTX 3080 Ti laptop and 64 GB of DDR5-4800 memory though they didn't share what settings these games were running at. 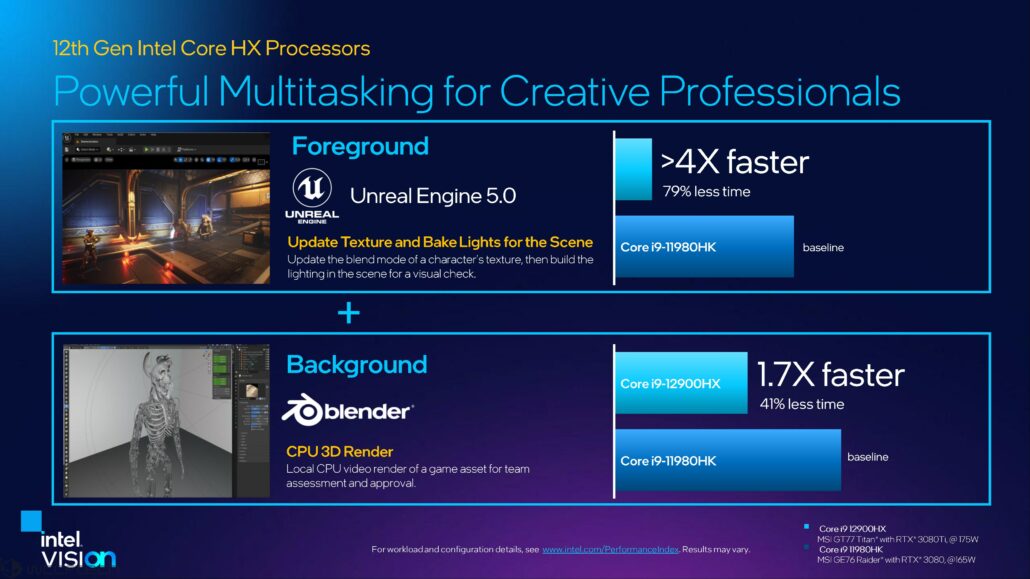 Also, in one of the benchmarks where Unreal Engine 5.0 and Blender are used to showcase the multi-task capabilities, the comparative i9-11980HK laptop was running an RTX 3080 at 165W while the Alder Lake-HX laptop was running an RTX 3080 Ti at 175W. The blue team also hasn't provided power figures in any of these results but it's easy to assume that the latest CPUs were drawing over 100 Watts of power during each workload. 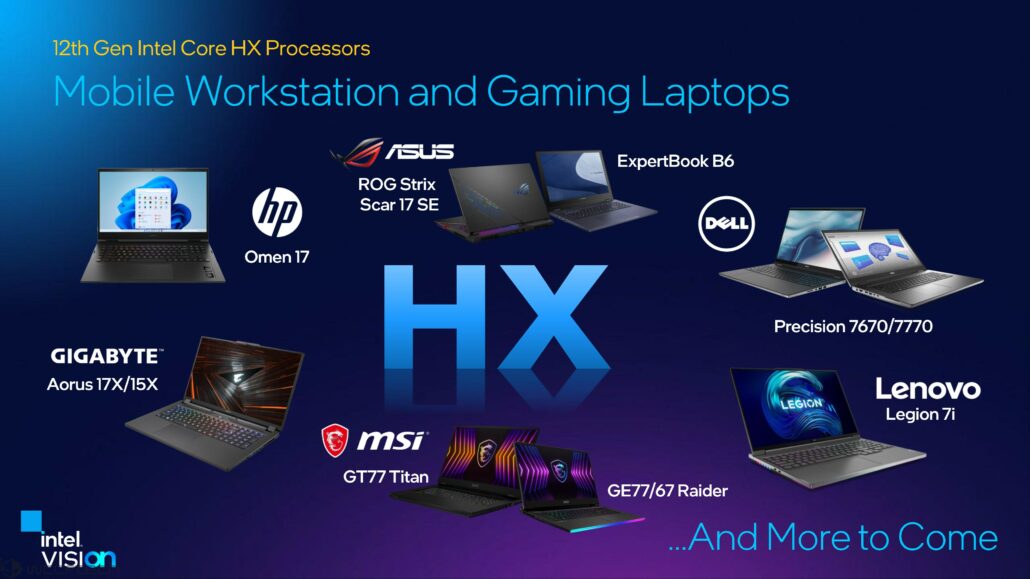