The Intel Non-K lineup is more intended for standard and more cost-effective gaming setups. They don't necessarily offer the higher overclocking capabilities or the higher clocks (and higher TDP) as the unlocked SKUs but they do offer lower TDPs and are a perfect fit for OEMs and their pre-built options. As such, Intel is expected to launch at least 19 non-K variants of its 12th Gen Alder Lake-S Desktop CPU family. The CPUs also seem to have been listed by BestBuy along with their prices. 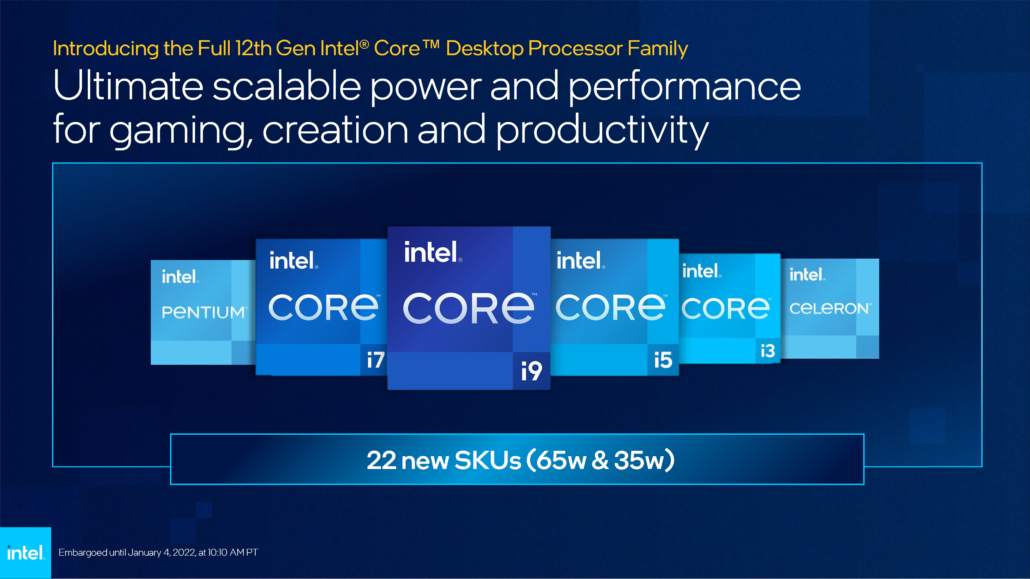 As expected, the Core i9 and Core i7 variants will retain the same core configuration as their 'K' series siblings. The main differences will come in the form of clock speeds and TDPs. Starting with the Core i9-12900(F), we are getting the same 16 core & 24 thread configuration with 30 MB of L3 cache. The clock speeds have been dialed back to 2.40 GHz base clock for the P-Cores and 1.80 GHz base clock for the E-Cores. The max boost clock will be pushed back by 100 MHz to 5.1 GHz. That has to be done to accommodate the lower 65W TDP versus the 125W (241 MTP) on the unlocked SKU. The Core i9-12900/T will retail for $489 US while the F variant will retail for $464 US. 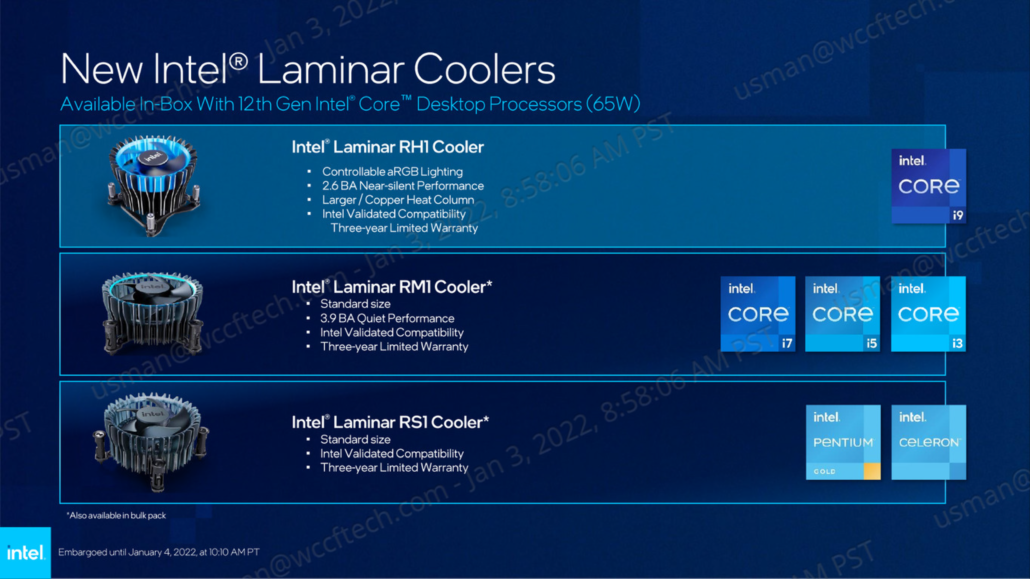 Alongside the chips, Intel is also launching its brand new mainstream 600-series platforms such as the H670, B660, and H610. We have more details on these along with the respective products in our roundup here.