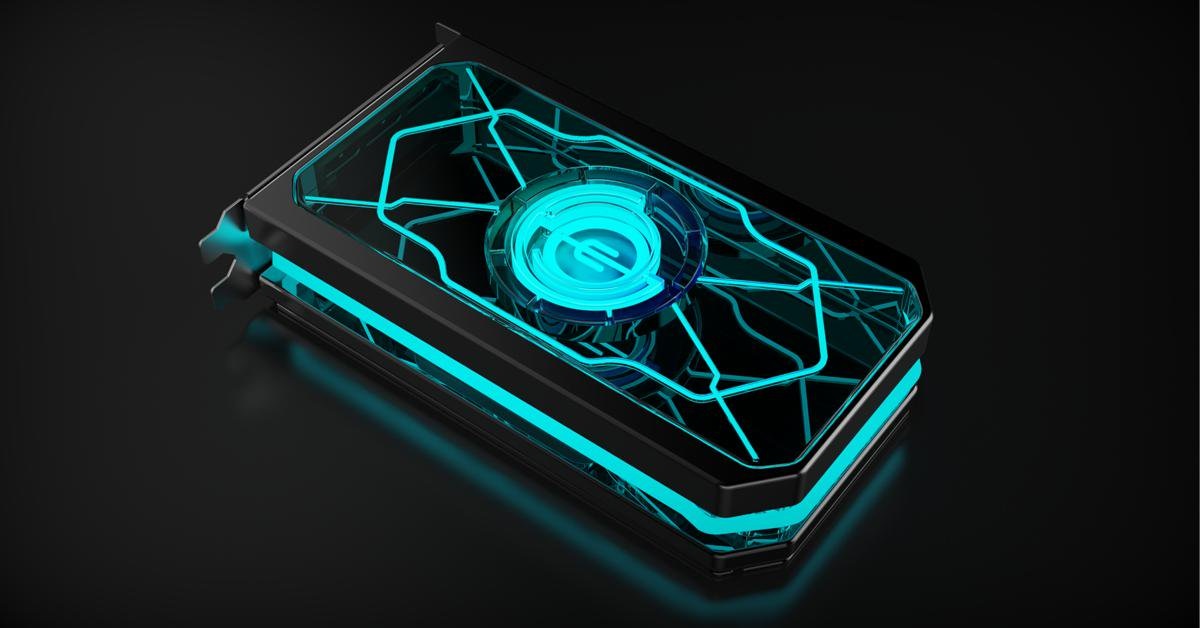 Information already rumored has just been confirmed by an EEC entry filed by Intel (KOMACHI via Videocardz): the DG1 graphics card will have 96EUs. If the DG1 follows the design pattern of Tiger Lake (and there is every indication it will) then each EU will have 8 shading units for a total of 768 shader units per DG1. This is the exact same count as TGL and matches the information we know so far: that DG1 is essentially TGL in a discrete form factor.

Before we go any further, here are the leaked codenames from the EEC filing: 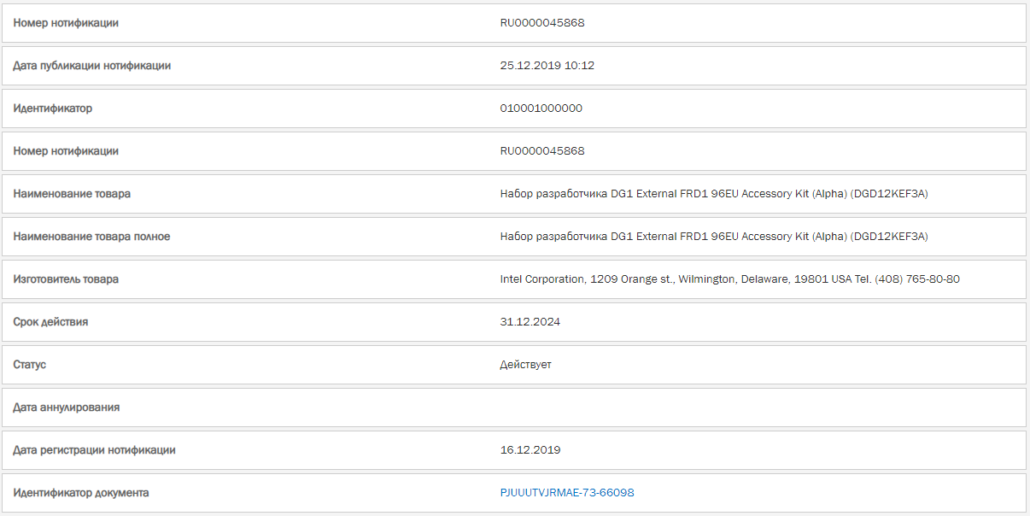 An EEC filing usually means that a prototype is on its way to being finalized and usually precedes arrival on shelves by around 5-6 months. This means you are likely going to be seeing DG1 break cover at or around June/July in 2020. Likely launch dates for this card is Computex 2020 or Gamescom 2020. DG1 graphics marks Intel's first attempt at making a discrete GPU and the nomenclature used in this EEC filing suggests this is a development board of some kind and likely one in an external closure.

Now, for some fun educated speculation (readers that are here only for facts, this is your cue to jump off): while we cannot calculate the upper bounds of performance so easily, we can estimate minimum performance and this GPU (at the very least) should be able to achieve 2 instructions per clock - if not more. At a minimum clock speed of 1400 MHz, you are looking at 2.1 TFLOPs. If you estimate a more liberal 1700 MHz then it becomes 2.6 TFLOPs. Either way, you are looking at a GPU that will perform between 2.1 to 3 TFLOPs, and depending on IPC gains, will have roughly the performance level of a GTX 1650.

If priced correctly (read: throwaway pricing) this has the potential to seriously disrupt the market and simultaneously make a name for Intel as a GPU manufacturer. This, of course, depends on whether or not the company can get AIBs on board to produce this in volume and rumors would indicate that the company is having difficulty doing this. That said, considering Intel has ample financial resources to throw at the problem, I am sure AIBs would jump on board provided Intel subsidizes the adventure enough - which they might just do.

In any case, 2020 is going to be a make or break year for Intel with its first 10nm processors and its first discrete GPU slated for arrival in 2020. The company's former marketing chief, Chris Hook, slated arrival of the GPU by late 2020, which means we probably won't be seeing much of it at CES (sneak peeks excepted), if at all. And while we are on the topic of marketing, Intel has promoted our good friend (and former colleague) Ashraf Eassa to the post of marketing manager for discrete graphics.