The first benchmarks of Intel's Core i5-12400 CPU which will be positioned in the Alder Lake budget desktop segment have leaked out. The performance numbers come from the same leaker who had posted the Core i9-12900K benchmarks at Bilibili a few days ago.

Based on the leaked information, we can see that this is a Core i5-12400 Alder Lake CPU by looking at the naming convention in the CPU-z screenshot. The Core i5-12400 rocks 6 cores and 12 threads which means it doesn't feature any E-Cores (Gracemont architecture) and relies fully on the Golden Cove cores. The CPU carries 18 MB of L3 cache (3 MB per core) and has a clock speed of 4.0 GHz on all cores and 4.4 GHz on a single-core.

it looks like the chip being tested is a QS version which is close to the retail Alder Lake CPU units. It is probably tested on the same B660 motherboard which was used to test the Core i9-12900K Alder Lake CPU. As for the platform, we know that B660 motherboards will only feature DDR4 memory so performance will improve with the use of DDR5 memory though recent reports state that 5.6 Gbps and above memory would yield results better than existing DDR4 memory kits.

Before getting into performance, it looks like the Intel Core i5 -12400 CPU, being a 65W chip, has a much better thermal package design as it runs at 60C when all cores are loaded while consuming 78.5W which is much lower than the 250W+ power consumption and 100C+ temperatures on the flagship i9 chip. 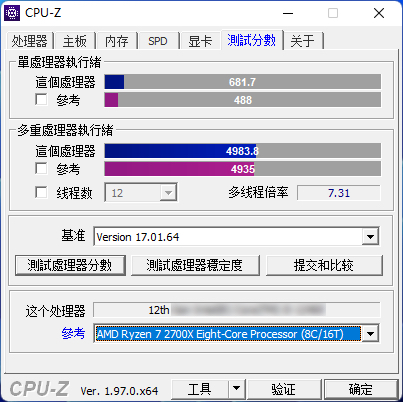