It looks like Intel's entire 10th Generation 'Comet Lake' CPU lineup has allegedly leaked out along with specifications of 13 different SKUs. The Comet Lake family is the continuation of the several refreshes of the 14nm Skylake architecture that we got to since 2015 and looks like the latest one to receive it will be the 10th Gen family.

So the lineup was posted by Computerbase who mention that the original source is from a Chinese based tech forum. It looks like you won't be getting any significant changes on the new lineup since it is still technically based on the same architecture as Skylake along with the added improvements from the process node. The 10th Gen lineup makes use of the 14nm+++ node which is one more + than the Coffee Lake refresh. 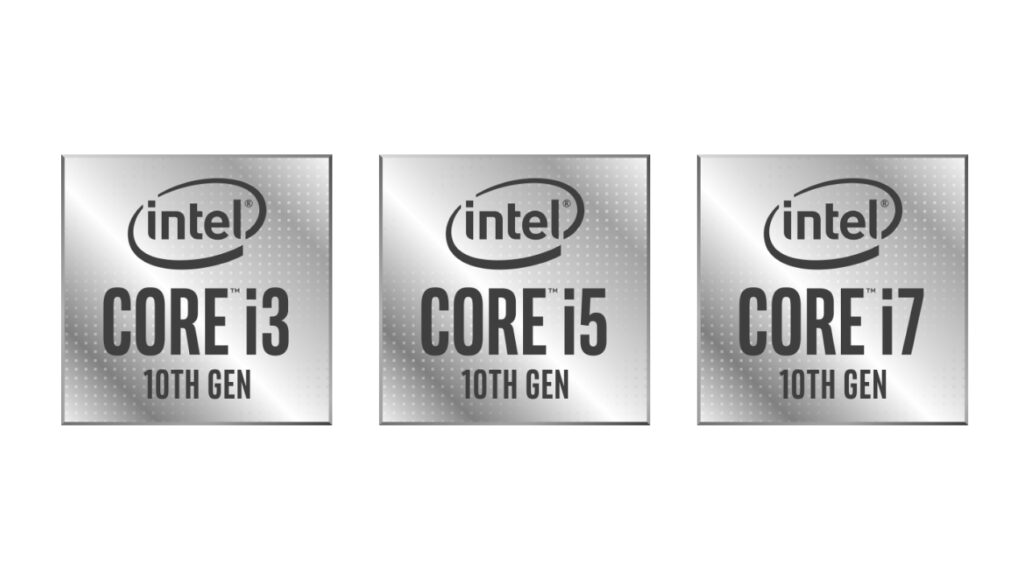 Moving on to the Core i7 SKUs, we have two 8 core and 16 thread parts which retail for $339 US and $389 US. These parts are also priced lower than their 9th Gen predecessors for around $100 US less. The Core i5 SKUs include four 6 cores and 12 thread parts which start at $179 US and go up to $269 US. This price is pretty much in line with what Core i5 6 core parts currently cost, but do note that the Core i5-9400 which retails for $179 US has no hyper-threading whereas these models do.

Lastly, we have the four Core i3 SKUs which feature 4 cores and 8 threads. These start at $129 US and end up at $179 US. It's worth pointing that some of these models have specifications that do match up to Intel's flagship SKUs from previous generations. Those retailed at over $300 US price points while competition has moved the SKUs down to the sub $150 US tier.

The Intel Core i9-10900KF is rumored to be the flagship SKU of the lineup, featuring 10 cores and 20 threads. Based on the price, it will be competing against the AMD Ryzen 9 3900X which offers a total of 12 cores and 24 threads. The chip is clocked at 3.4 GHz base and 5.2 GHz single core boost clock. The chip features 20 MB of cache, a 105W TDP and has a pricing of $499 US. Intel still won't be matching AMD's higher core count on the mainstream platform but looking at the recent AMD Ryzen 3000 reviews, we note that Intel still has a leading position when it comes to single-core and gaming workloads so the 10 core is expected to take the lead further. 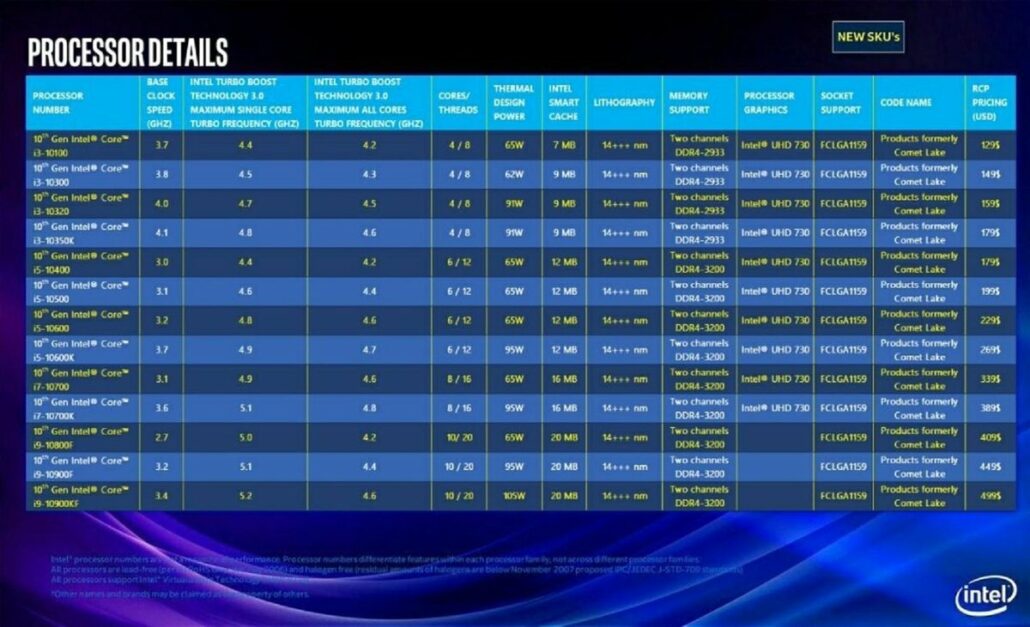 In addition to all the details, the datasheet also lists down a new socket for the 10th Generation lineup. The new socket is rumored to be LGA 1159 so that would point to no compatibility with existing LGA 1151 motherboards. This also means we will be looking at a new chipset. Internally. Intel already has 400-series chipsets ready for their mobile platform (Ice Lake) so we should be expecting Z490 series on the new motherboards. 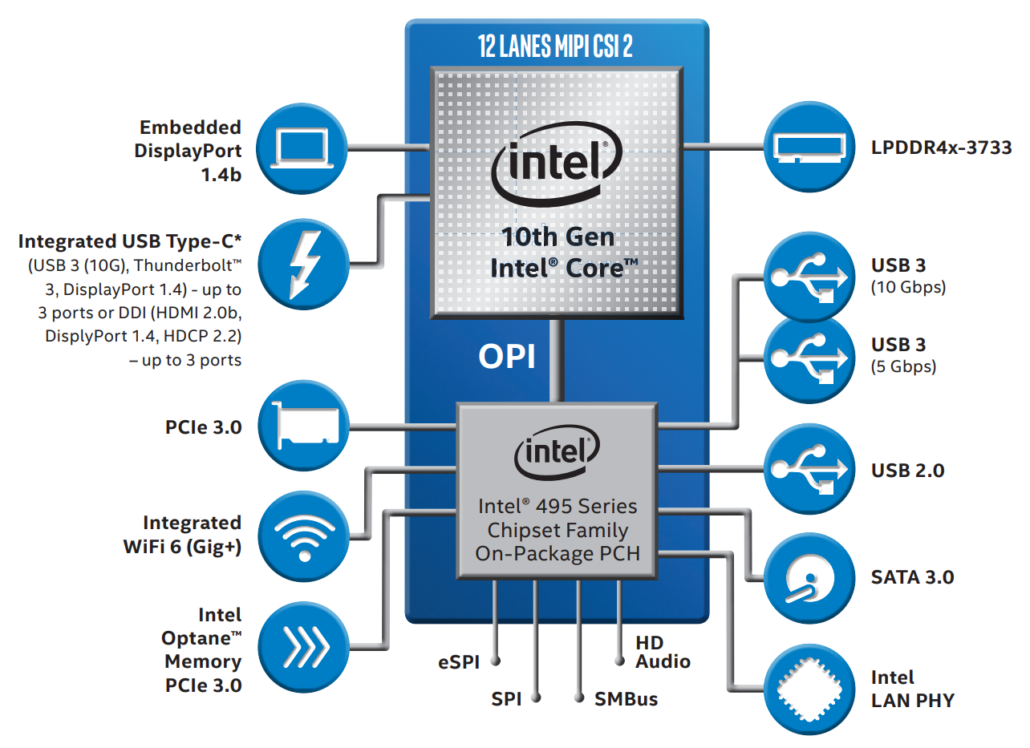 A block diagram of the Intel ICL PCH (495 series) for the mobility lineup which is part of the 400 series chipsets.

There's also support for DDR4-3200 memory (native) which is an upgrade from DDR4-2666 on the existing Coffee Lake Refresh lineup. There are no details as to when the lineup launches but we can expect these later this year.