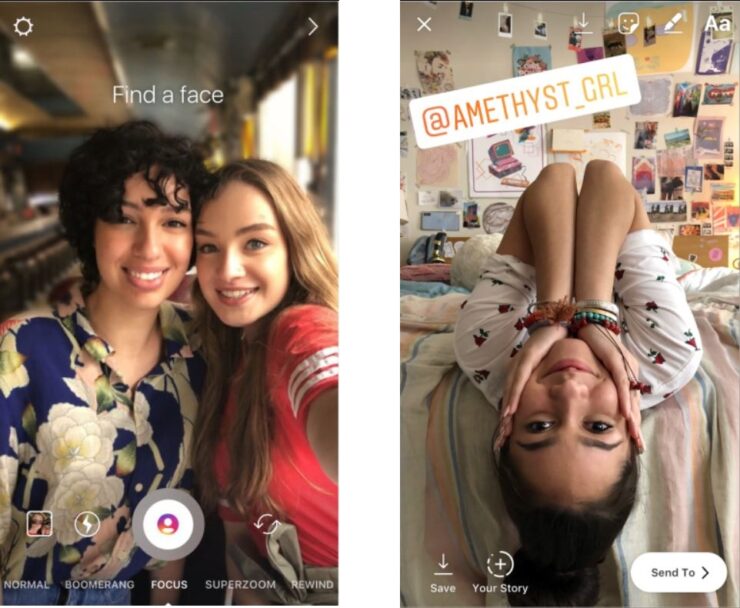 Last month, we reported that popular photo-sharing platform, Instagram is testing a new camera mode which will allow users to take Portrait Mode photos. The company has seen fit to release the new 'Focus' feature today. Portrait Mode became a thing with the launch of the iPhone 7 Plus. While the feature cannot be compared to Apple's photo taking abilities, it would be good to see how Snapchat responds to the feature. So let's dive in to see some more details on the matter.

The Focus mode feature's icon was discovered last month in Instagram's Android app. The press release confirms the feature and we would love to see how it performs. The purpose of the Portrait Mode feature is to apply a bokeh effect to photos - blurring the background while keeping the subject into focus. The new mode is now situated between the Superzoom and Boomerang modes, so do check it out.

When you open the camera, you’ll see “Focus” next to “Superzoom” under the record button. Take a selfie or switch to the back-facing camera to find a friend. As soon as there’s someone in the shot, you’ll notice the person stays in focus while the background softly blurs — making sure they stand out in a striking way. Simply tap to take a photo or tap and hold to record a video. When you’re done, you can add creative tools like filters, stickers and text to your photo or video before sending to your friends on Instagram Direct or adding to your story.

While the feature is pretty great to have, you should know that it will only be available on the iPhone 6s and later models of the iPhone excluding the iPhone SE. So if you have an iPhone 6, you will not be able to play with the new feature.

After you’ve taken a photo or video in your stories camera, open the stickers tray, tap the @mention sticker, start typing the name of the account you want to mention and select from the options that appear. You can then rotate, scale and place your sticker wherever you’d like.

So there are a total of two major additions in the update which are now live and you can check them out today. We will let you know as soon as something new is discovered. There will be more to the story, so be sure to stay tuned.

What are your thoughts on Instagram's new Focus feature for Portrait Mode photos? Let us know in the comments.