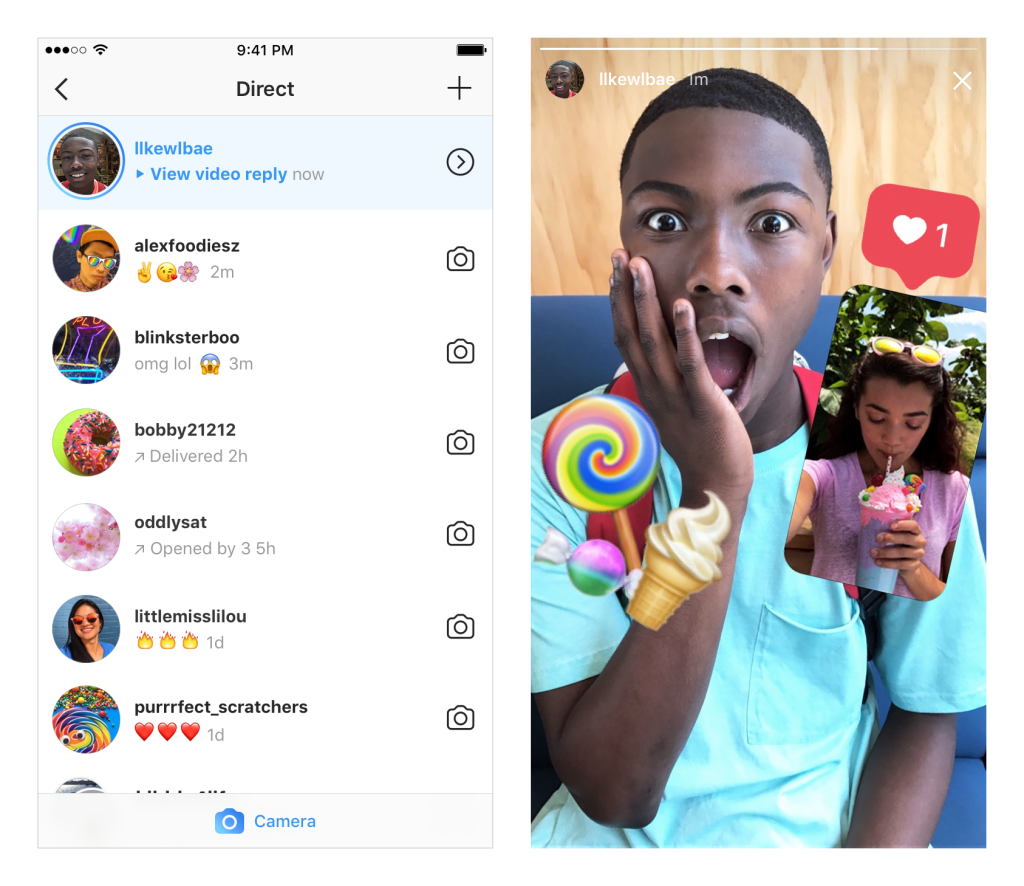 When Instagram added the story feature like its rival Snapchat, I was among those who thought that it would be a huge flop. But now less than a year later, the feature is being used extensively and it has created a very challenging position for Snapchat. The social network has once again placed Snapchat in a difficult position by adding another new feature. This new feature allows you to reply to Stories with a photo or a video now as well. So instead of writing a message reply you can always go for a reply in the form of a video or a photo message. Instagram’s new feature is without a doubt extremely interesting.

From now on whenever you watch someone’s story, look for the camera button at the bottom of the screen. If you tap this button, you can take a picture of yourself, record a video and even take a Boomerang. Instagram’s new feature also allows you to move and resize the Story image and insert it into your reply image. You can get creative by adding a variety of filters and stickers. All that is left to do is click the send button. Your friend or family member will then receive this creation of yours in their Direct message inbox along with a thumbnail of the original Story.

The Instagram Stories is without a doubt one of the social network’s hottest features. It has 250 million daily users which is higher than that of Snapchat. It also has a Live video feature that Snapchat does not have. Instagram has worked hard to market the Story feature and the existing user base must have helped with the increasing popularity. After all what’s better marketing than word of mouth? Check out the Instagram’s new feature with your accounts and tell us what you think of it.