Injustice 2 Shows Off the Teenage Mutant Ninja Turtles in a Cool, But Rude Trailer 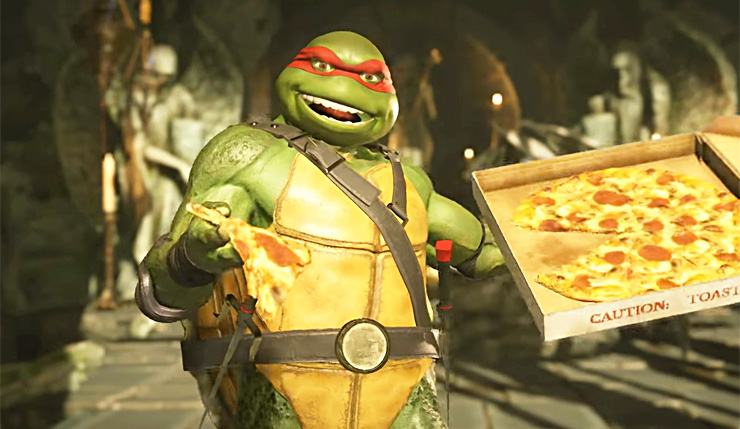 Injustice 2 has dropped a new gameplay trailer for anticipated DLC fighters the Teenage Mutant Ninja Turtles, and they’re looking as tubular as you’d expect. Scope 'em out, below.

The Turtles are essentially four characters in one, which you can access through Injustice 2’s gear customization system. Here’s how it works:

“By equipping one of four accessories - swords, bo staff, nunchakus or sais - players will be able to change their character loadout to play as either Leonardo, Raphael, Donatello, and Michelangelo. Each will wield their own unique move sets, character powers and special moves. In online and tournament modes where specific loadouts are unavailable, players will be able to select each individual Turtle from the character select screen.”

Gotta love that these are straight-up the dorky 90s Turtles we know and love, rather than some new edgy design. Based on the trailer, it appears we’re getting four unique characters rather than a simple palette swap. Sure, they all have a similar combo-heavy fighting style, but they also all have their own unique movies and animations. It also appears as if you’ll be able to pull off the occasional Marvel vs. Capcom style team attack. It definitely looks like NetherRealm have gone above and beyond to do our heroes in a half shell justice.

The Ninja Turtles will be the final Injustice 2 Fighter Pack 3 characters released. Fighter Pack 3 also includes the size-shifting Atom, and the villain/occasional Suicide Squad member Enchantress, both of which have already been released. Check out the initial Fighter Pack 3 reveal trailer, below.

You can get your hands on the Turtles by purchasing Fighter Pack 3 for $15, or the Injustice 2 Ultimate Pack, which includes Fighter Pack 1, 2, and 3 for $40. Fighter Pack 1 includes Red Hood, Starfire, and Sub-Zero, and Fighter Pack 2 features Black Manta, Raiden, and Hellboy.

Injustice 2 is currently available on PC, Xbox One, and PS4. Players will be able to download the Ninja Turtles sometime this month.