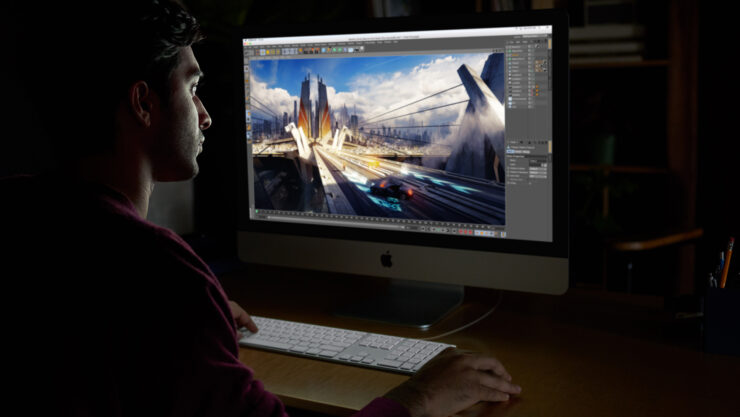 Being marketed as a workstation inside the metal chassis of an iMac, the iMac Pro is not going to be a cheap machine for most. That said, it is important that protection against theft is going to be a paramount safeguard on the iMac Pro and it looks like it might get outfitted with something that is similar to the ‘Find my iPhone’ feature on your mobile phones.

With the base model starting at $4,999, the iMac Pro is going to be one heck of an expensive machine to purchase. Now, according to Pike's Universum, it looks like Apple might be installing a deterrent in place in order to prevent theft of the AIO.

“Even the cheapest iMac Pro costs $4999 and is thus far more expensive than any other iMac model that is now available, let alone the top of the line one with a price tag north of $15K, and it is so easy to walk away with a 27-inch computer, and that may be why Apple is going to introduce a new kind of “Find my iMac Pro” type of theft protection. One that phones home to report the exact GPS location. And there’s no way of switching it off…

It’s either this, or the iMac Pro will introduce a new feature that will use a SIM card to make phone calls. Or perhaps the data that I found has to be a leftover from iOS for the iPhone.”

Since Apple does not use a SIM card slot on devices other than its smartphones, it could be relying on eSIM technology to get the job done. This is the same thing that gives the Apple Watch Series 3 LTE connectivity and with this addition present in the workstation it could prevent theft of such expensive hardware.

Do you think Apple should employ such a piece of technology in the iMac Pro? Tell us your thoughts down in the comments.

First Mac Pro Benchmarks Are out, Showing It Isn’t Faster Than an iMac or iMac Pro, at Least in Some Tests