iMac Pro With the Maxed Out 18-Core Processor Is Available to Buy, but You’ll Still Need to Wait a Long While 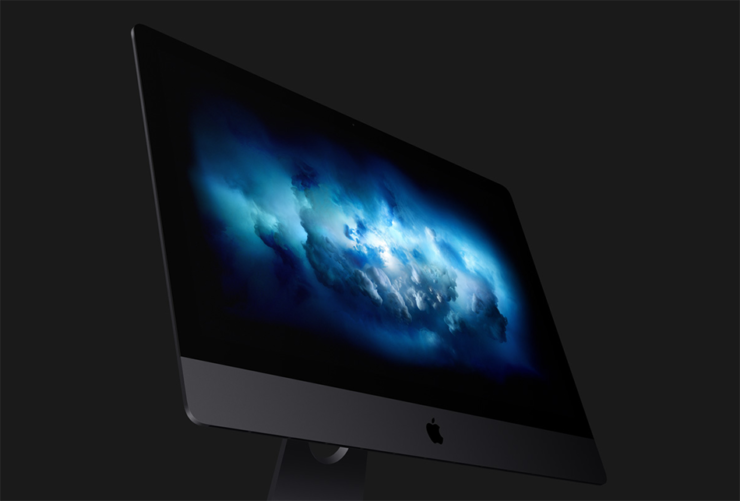 Apple’s $5,000 iMac Pro is officially available to buy from the company’s website, with the base model featuring an 8-core workstation processor. There are other configurations to choose from, which includes an 18-core CPU so if you want to know the costs of the powerful iMac-chassis-touting machine, then read on.

iMac Pro Also Comes in an 18-Core Processor Variant, and That Obviously Costs More but it Will Be More Painful Thanks to the Waiting Time

For the $4,999 all-in-one, you’re getting an iMac with a 27-inch 5K display that is packaged with a space gray Magic Keyboard with the Numeric Keypad, Magic Mouse 2, and Magic Trackpad 2. With the aforementioned price tag, you get an 8-core processor, 32GB of DDR4 ECC memory, which by the way is more reliable than your regular memory sticks. In addition, you also get 1TB of PCIe SSD storage and a Radeon Pro Vega 56 graphics processor with 8GB of HBM2 memory.

Now if you want to push the boundaries of the iMac Pro’s specifications, then you will obviously have to spend a bit more money, correct? Well, there is also an 18-core workstation model, but as soon as you click on the option, that base price will shoot right up to $7,399, but if you have the money, why not get one, right? 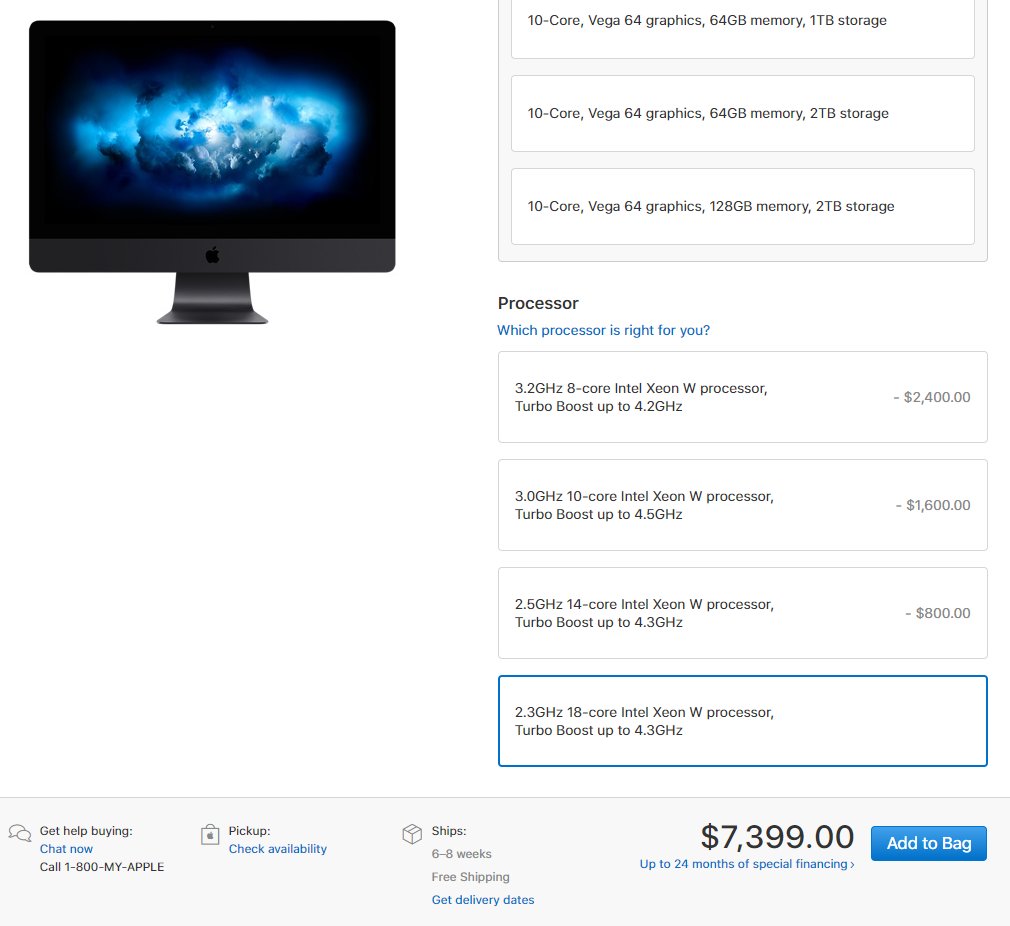 Unfortunately, it is not going to be a piece of cake because according to the details, you will need to wait between 6-8 weeks to get the machine delivered to your doorstep and more importantly, the model that features the 18-core processor. Coming to the I/O, you get four Thunderbolt 3 ports, with a single one of these ports being able to drive two 5K displays or four 4K displays at 60Hz at the same time.

Not just this, but you also get a 10-Gigabit Ethernet port, four USB-A 3.0 ports, an SD card slot, and a 3.5mm headphone jack. Thank heavens Apple managed to retain the headphone jack in the machine. In addition, you also get a 1080p front camera, stereo speakers, four microphones, an 802.11ac Wi-Fi adapter, and Bluetooth 4.2.

Is an 18-core processor model the one you seek to bring out the creative professional in you? Tell us your thoughts down in the comments.