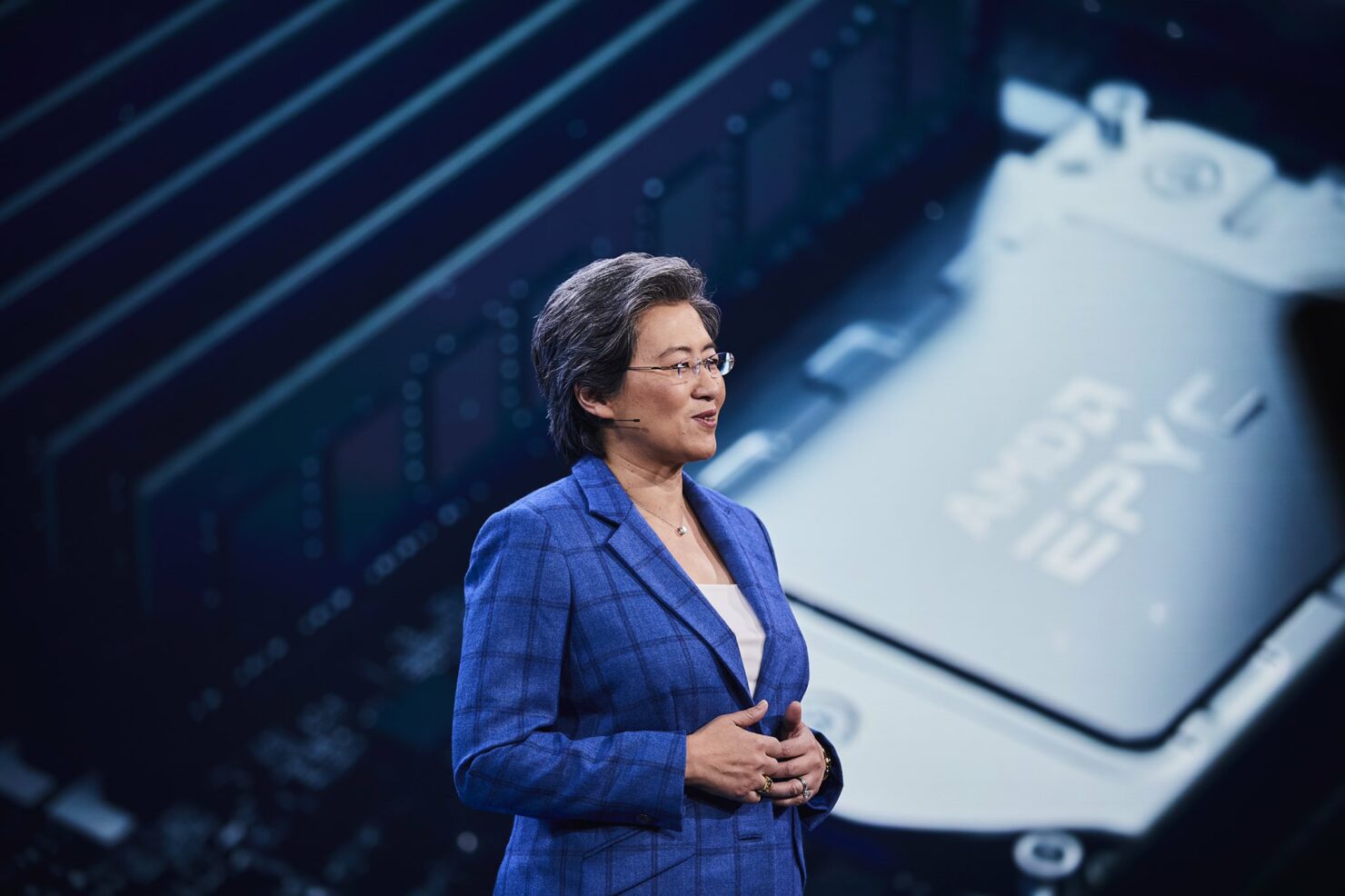 AMD's CEO, Dr. Lisa Su, was recently awarded the Robert N. Noyce Medal from the Institute of Electrical & Electronics Engineers. She is the first woman to receive an award from the organization.

Robert Norton Noyce (12 December 1927 – 3 June, 1990), nicknamed “the Mayor of Silicon Valley,” co-founded Fairchild Semiconductor in 1957 and Intel in 1968. He is also credited (along with Jack Kilby) with the invention of the integrated circuit or microchip. While Kilby’s invention was six months earlier, neither man rejected the title of co-inventor.

[...]Noyce and Gordon E. Moore (a chemist and physicist) founded Intel in 1968 when they left Fairchild Semiconductor. The relaxed culture that Noyce brought to Intel was a carryover from his style at Fairchild Semiconductor. He treated employees as family rewarding and encouraging team work. His follow-your-bliss management style set the tone for many Valley success stories.

Intel’s headquarters building, the Robert Noyce Building, in Santa Clara, California is named in his honor, as is the Robert N. Noyce ’49 Science Center, which houses the science division of Grinnell College.

[...]In July 1959, he filed for U.S. Patent 2,981,877 “Semiconductor Device and Lead Structure,” a type of integrated circuit. This independent effort was recorded only a few months after the key findings of inventor Jack Kilby. For his co-invention of the integrated circuit and its world-transforming impact, three presidents of the United States honored him.

He would eventually accumulate sixteen patents to his name.

If the reward sounds familiar, it is because NVIDIA CEO Jensen Huang received the Robert N. Noyce Award from the Semiconductor Industry Association one month earlier.

To be honest, I would have never imagined that I would receive the Noyce award. It’s an honor of a lifetime. To have that recognition from my peers in the technical community is a humbling experience. But I love what I do and being able to contribute to the semiconductor industry.

AMD CEO, Dr. Lisa Su received her award, citing "Leadership in groundbreaking semiconductor products & successful business strategies that contributed to the strength of the microelectronics industry," from the IEEE. The Robert N. Noyce Medal from the IEEE is sponsored by Intel, beginning in 2000.