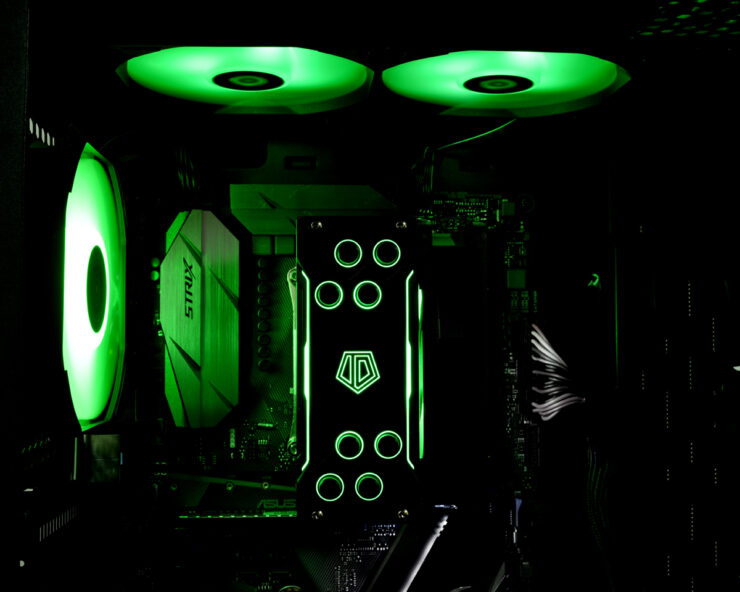 ID-Cooling's SE-224-XT RGB CPU cooler features a total of four copper heat pipes, which makes use of Direct Touch Technology. This allows the copper heat pipes to make direct contact with CPU's Integrated Heat Spreader; this technology allows for better thermal transfer to the heat pipes. This CPU cooler utilizes ID-Cooling's mecha-mounting system. The mecha-mounting system which provides an exceptionally secure installation of the cooler with support for both AMD's AM4 socket as well as Intel's LGA2066/ 2011/ 1200/ 1150/ 1151/ 1155/ 1156.

The SE-224-XT RGB CPU cooler can cool processors with a TDP of under 180-watts and has the dimensions of 120 mm x 73 mm x 154 mm. These dimensions allow this CPU cooler to fit into almost any ATX PC case easily.

This cooler features a fan that features an RPM speed range from 900 to 2,000, which allows this fan to offer a high maximum airflow of 56.5 CFM and a max static pressure of 1.99mmH20. This fan, even at maximum speed, only creates 31.5 dBA of sound, which is facilitated by the 2Ball Bearing that this fan uses.

This CPU cooler also comes with a bundled thermal grease, which is called the ID-TG25 and features a thermal conductivity of up to 10.5 W/m-K. This CPU cooler is slated to be available in Mid May 2020 and is projected to cost $30 or €27.