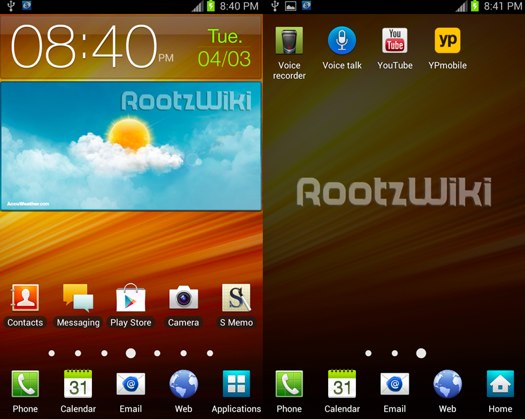 To say that Samsung is struggling with Ice Cream Sandwich update for its smartphones would be an understatement (see here). While Galaxy S2 has slowly started receiving it OTA, the Galaxy Note has thus far been ignored. The latest from Sammy was to expect it sometime in April or May. However if you're not the patient type, a leaked ICS build for Galaxy Note has just made its way to rootzwiki.

A rundown of features that work are:

Some issues that are reported:

Click here for more details and steps to install this update.