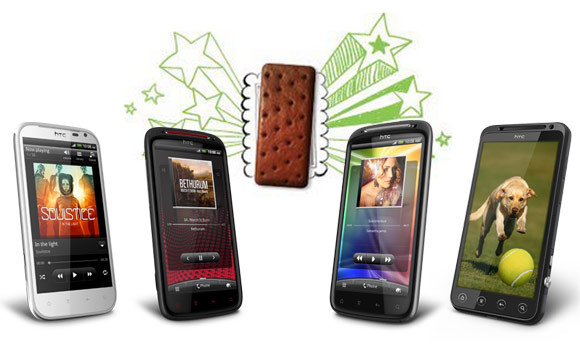 HTC has just made official a schedule of when to expect the much awaited update to Android 4.0 for their smartphone line up. According to their Facebook page Sensation, Sensation XE and 4G will get the update by the end of March. Sensation XL will be updated shortly there after. Other phones that will get the update by 'later this year' include HTC Rezound, HTC Vivid, HTC Amaze 4G, HTC EVO 3D, HTC EVO Design 4G, HTC Incredible S, HTC Desire S and HTC Desire HD.

That's certainly quite an exhaustive list of phones. However the one phone missing from the list is Thunderbolt, which is quite popular with Verizon customers in the States. Also we have no idea when 'later this year' might come. It's understandable for old phones like Desire HD to be updated by the end of the year but flagships like Rezound should have been included with the Sensation series.