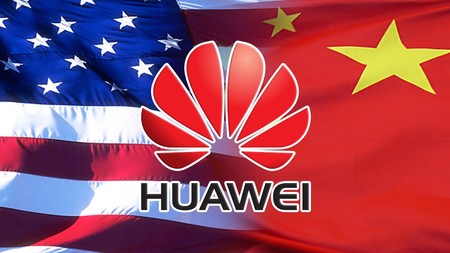 Huawei Technologies, the Chinese tech behemoth, has responded today to signals emanating from Washington that indicate the U.S. is now attempting to dismantle the company’s foreign supply chain.

Huawei’s Rotating Chairman Eric Xu acknowledged today the possibility of Washington exerting its heft to prevent the company from seeking crucial chips and other semiconductor components from foreign sources, including the Taiwan Semiconductor Manufacturing Co. (TSMC). He, however, went on to warn the Trump administration of severe consequences if Huawei were to be locked out of its intricate supply chain:

“Why can’t China ban the use of American 5G chips, base stations, smartphones and other smart devices based on the same network security reasons?”

As we reported last week, senior members of the Trump administration cabinet have agreed to curtail the global supply of chips to Huawei, landing a massive blow to the Chinese tech giant.

As per the details, foreign companies that employ chip technologies and components sourced from the U.S. will now be required to seek a license from the Trump administration before supplying semiconductor chips and sensitive components to Huawei. The step, if implemented, would mark a significant escalation by the Trump administration in its ongoing campaign to limit Huawei’s growing global footprint and technological prowess.

Specifically, the U.S. authorities are mulling changes to two key rules. First, the U.S. Commerce Department and related agencies are pushing for an expansion in what is known as the De minimis Rule, which determines the degree of export control that the U.S. authorities can exercise on a product that utilizes American technology or software. Second, the U.S. officials wish to broaden the Foreign Direct Product Rule, which subjects foreign goods employing American technology or software to U.S. regulations. Given that a significant proportion of the global chipmaking industry utilizes technology and intellectual property sourced from the United States, these steps would substantially enhance American export control authority and, in the process, may anger close U.S. allies.

Huawei has reported a growth in annual revenue of 19 percent to 859 billion yuan ($123 billion) for the entire 2019. The Shenzhen-based tech behemoth computed its profit for the year at 62.7 billion yuan.

The Trump administration has been pressuring its allies to remove Huawei-sourced 5G telecommunication equipment from their respective 5G service rollout programs. This campaign seems to have enjoyed a partial success in Japan and Australia, driving down the company’s Asia-Pacific sales by 13.9 percent. However, several European countries, including the U.K. and Switzerland, have opted to continue their engagements with Huawei in order to ensure a speedy deployment of the next-generation 5G wireless network in their jurisdictions.

Also, any revenue curtailment that the Huawei witnessed due to the measures of the Trump administration has been compensated by strength at home. As an illustration, the company shipped around 55 million smartphones in the fourth quarter of 2019. Bear in mind that the pertinent quarter marked the zenith in the 18-month long U.S. – China trade war that saw a prohibition on Huawei from retailing its smartphones with Google’s Android OS. Interestingly, out of the 240 million Huawei and Honor smartphones shipped in 2019, 6.9 million handsets were 5G capable.

Nonetheless, as per the admission by Eric Xu, Huawei continues to face significant headwinds, marked by escalating U.S. sanctions and the bludgeoning of smartphone demand due to the ongoing coronavirus (COVID-19) pandemic.