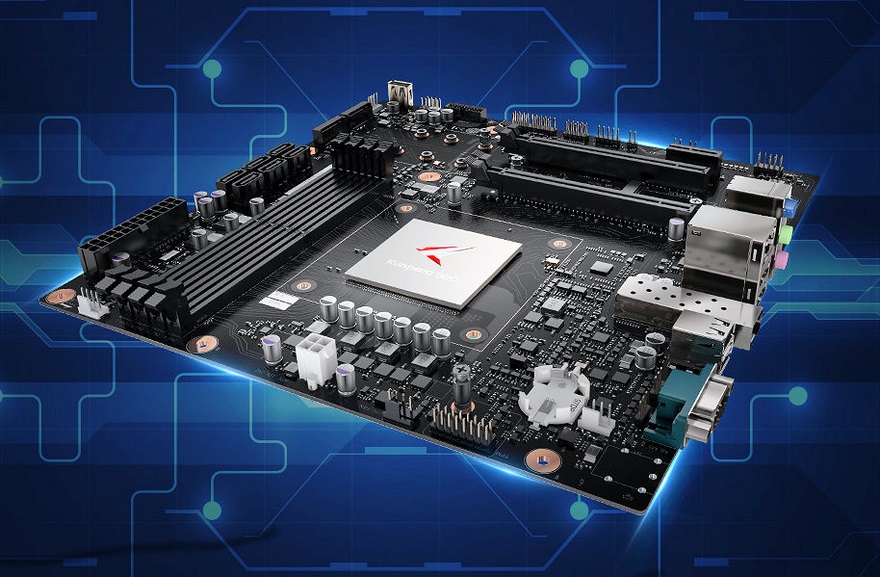 Huawei is seemingly dipping its fingers into another market, this being the desktop PC market with the recent release of its first consumer PC motherboard. This motherboard houses the Kunpeng 920 ARM v8 Processor. This processor is usually reserved for server boards, but Huawei seems to think with the expandability that these processors offer, their Kunpeng lineup will be able to compete with Intel and AMD in the desktop PC segment.

The supported processors for this motherboard, the Kunpeng 920 ARM v8, offer different core counts, starting with 4 core and 8 core models for the desktop PC segment and scaling all the way up to 64 cores with server motherboards that are also expected to launch later on. The CPU itself is based on a 7nm process node and features support for PCIe 4.0 and DDR4 memory with speeds of up to 2400 MHz.

Huawei is planning to release two separate models of these motherboards, the Kunpeng Desktop Board D920S10, and Huawei's S920X00 server motherboard. The D920S10 is a very robust desktop motherboard supporting PCIe 3.0, six SATA 3.0, and two M.2 SSD slots. This motherboard offers some fantastic features like supporting a total of 64 GB of DDR4 RAM, along with supporting ECC memory. The ethernet port offers 25 GB per second, making this motherboard offer amazingly fast ethernet, also included in connectivity is the four USB 3.0 and four USB 2.0.

Huawei's S920X00 server motherboard is quite impressive, offering support for dual Kunpeng 920 processors, sixteen storage devices via SATA, NVMe, or SAS connections. This motherboard also provides support for up to 32 memory DIMMs across eight channels and allowing for multiple PCIe expansions. These CPUs come with TDPs of up to 180W since they are focused on higher compute workloads.

Huawei's website also states that it will provide reference guides for chassis, cooling, and even supported power supplies, which means that this motherboard will most likely be designed for either OEMs and ODMs. Huawei's documentation shows that this motherboard is designed for more office applications and support for Linux. Still, with the 7 nm, Kunpeng 920 processor and a TaiShan v110 microarchitecture are amazingly impressive for overall use.

On top of this release, Huawei has been developing its operating system since 2012, which although it had many issues, is currently being optimized for more modern workloads. Still, with the continuing support from ARM technology, Huawei can move forward with the operating system development and offer a very productive environment for their new efforts in the desktop PC market.