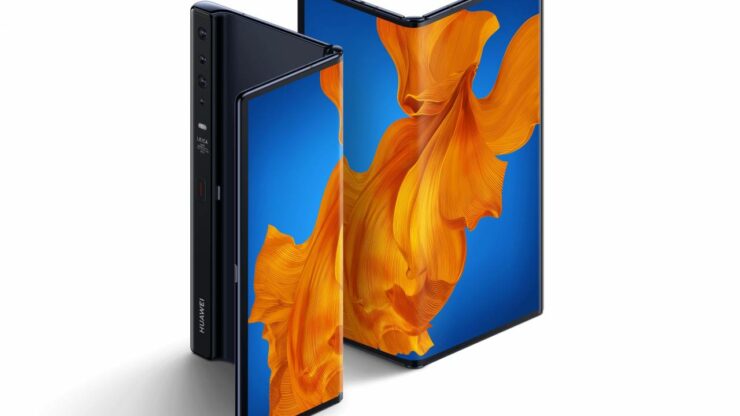 Huawei's foray into the foldable market last year was done with the Mate X. The company announced it at last year's MWC, and even though the device was delayed multiple times, seems like the successor is going to be on time. Huawei has just introduced the Mate Xs, which basically brings in some more polish to an already impressive idea.

The Mate Xs is More of the Same But Still Good

Now the Huawei Mate Xs, although, is a successor, not a lot is changed. The overall design is more or less the same, as well as the camera setup. However, Huawei is more focused on the chipset as they are bringing the Kirin 990 which also supports 5G, and more importantly, a hinge design that is more durable. The last bit remains to be seen through proper reviews and tests. Huawei has introduced a new and improved cooling system, as well.

The Mate Xs boasts a dual-layer structure with additional strength over the foldable display. The display itself is a sandwich of two polyamide films that have optically clear adhesive between them. Unfolded, the display remains the same 8" and offers a resolution of 2480x2200 pixels.

As far as the optics are concerned, the device offers a 40-megapixel f/1.8 main camera, an 8-megapixel f/2.4 telephoto lens, and a 16-megapixel f/2.2 ultra-wide camera. You also get a time of flight sensor that will help with better edge detection as well as better bokeh shots. You are not getting any front cameras as you can just use the rear cameras when the device is folded.

The biggest change here is, of course, the Falcon Wing hinge. According to Huawei, it is supposed to provide more structural integrity and does look better, too. However, it still remains to be seen just how good the hinge will be able to hold up.

You are also getting a 4,500 mAh battery that can be fast-charged using a 55W adapter, which is certainly one of the most impressive achievements of this device.

On the software side of things, the Mate Xs is running EMUI 10, based on an open-source version of Android 10. This goes without saying that the phone does not come with Google services. However, Huawei is now relying on its own ecosystem called HMS. The company is actively working on this service, but the future remains to be seen.

Perhaps the biggest concern of this device is the price; the Mate X was not cheap by any measures, and the Mate Xs becomes the most expensive foldable device available in the market, costing an eye-opening €2,499 or $2,705. For that price, you could get your hands on two Galaxy Z Flips.