The outbreak of the coronavirus put a dent into China's plans for complete 5G coverage throughout the country even after it became one of the first nations to introduce the next-generation cellular connectivity standard to its citizens. Naturally, in the global connectivity race, this gave the East Asian country an important technological edge unavailable to its counterparts in the West, and the fact that no American or European equipment provider came close to matching Huawei's deals for 5G gear combined with vulnerabilities found in the company's products put American lawmakers in a state of unrest.

Huawei, which has been at odds with the U.S. government first for violating trade sanctions on Iran and then for being close to China's Communist Party, came into the limelight again last week when the United States Department of Commerce upgraded its rules to limit semiconductor sales to the company. The decision raised concerns regarding Huawei's ability to keep up with its Western and Eastern competitors in terms of access to bleeding-edge fabrication nodes.

On that note, the company's Wireless Network Products' President Mr. Gan Bin shared important details on the current state of Huawei's 5G network products. They suggest that despite a potential sour in ties with TSMC lingering in the future, Huawei is on track to usher in important changes through its 5G gear.

In his keynote, Mr. Bin fist shed light on the current state of China's 5G rollout. According to the executive, by the end of last year, 200,000 5G Massive Multiple-In-Multiple-Out (MIMO) sites based on the Time Division Multiplex (TDD) communication systems that are cheaper and easier to implement than systems employing Frequency Division Duplexes (FDD).

By the end of 2020, Mr. Bin believes that China will have increased the number of these 5G MIMO TDD sites by four times, with 800,000 such sites employed throughout the country in more than 340 sites.

In Europe, both TDD and FDD cell sites will be employed, and this will bring the benefits offered by the latter system to consumers. Since TDD sites use a single frequency for communication between the sender and the receiver, the complexities for managing signals inside the system increase even as costs and other parameters become easier to manage due to the single frequency being employed. 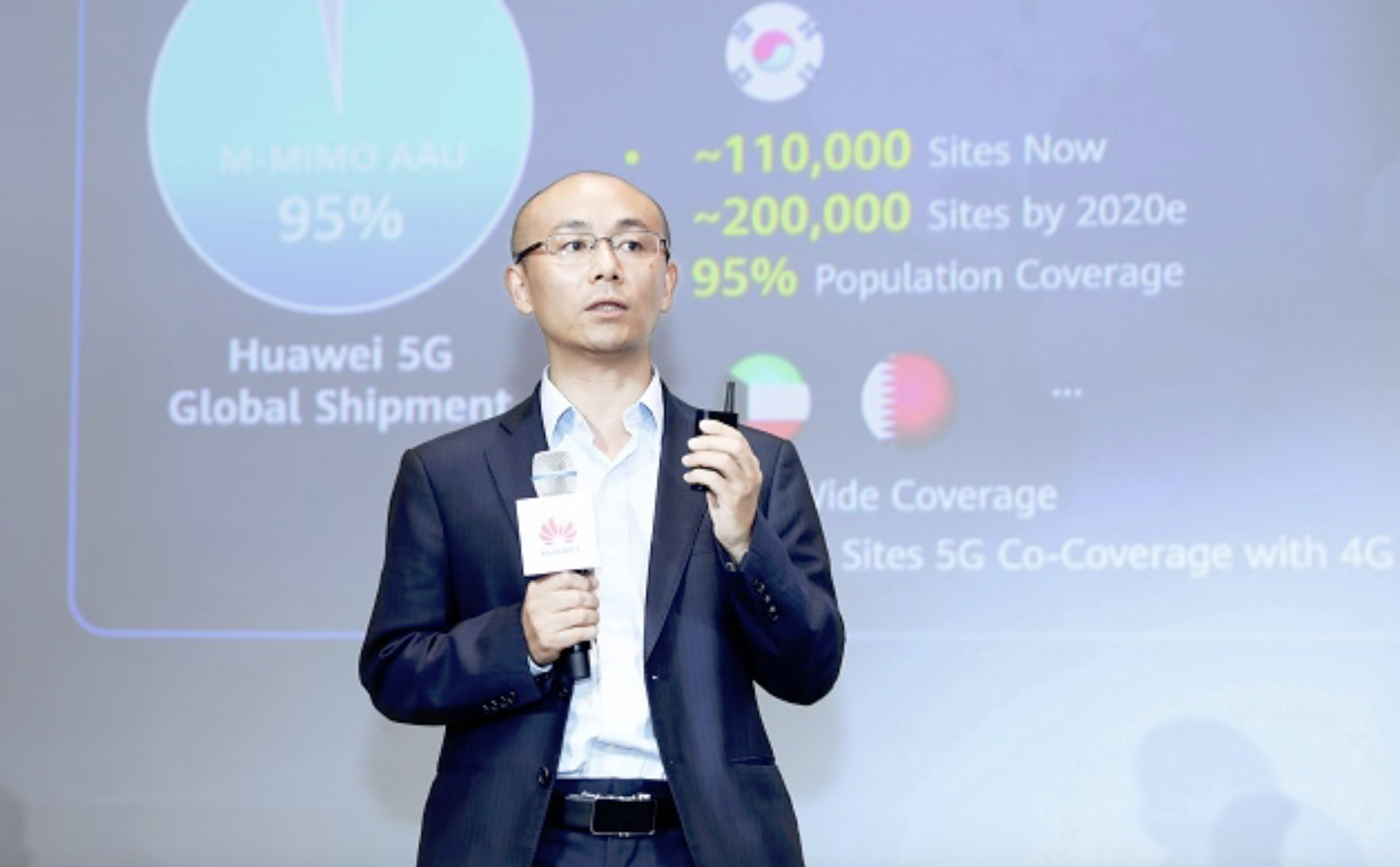 Additionally, Mr. Bin also highlighted on Huawei's efforts to bring down carrier operating expenditure when using the company's 5G network gear. At this front, he believes that the company's Blade Active Array Units (AAU) will enable operators to cut down costs and navigate space constraints that come in play when antennas are installed. The units integrate TDD and FDD antennas in one package, which allows operators to cut down on macro site deployment time by up to 85%.

At the conference, Mr. Bin also reported that during the first quarter of this year, Huawei shipped 15 million 5G-enabled smartphones throughout the world and China, making it the top vendor in its home country and capture a 33% global market share.