HTC has a long way to climb up after the company suffered crippling financial blows thanks to the likes of Apple and rising tech companies such as Xiaomi, Huawei, Oppo and several more. During the Mobile World Congress event, which took place in Barcelona, the Taiwanese smartphone maker announced its flagship handset, One M9. While the device possesses impressive hardware specifications, the company has decided to make an effort to keep its existing smartphone consumers by launching the HTC UH OH replacement program. 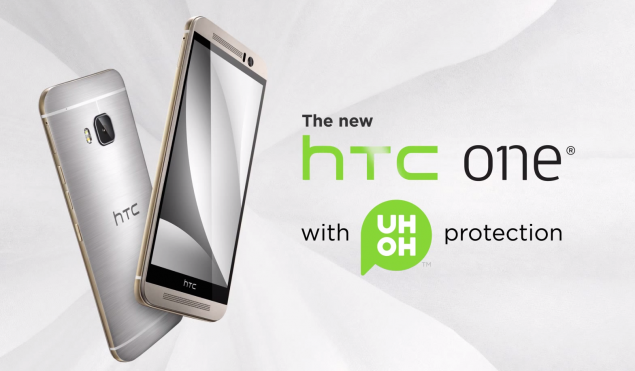 Good news for smartphone fanatics residing in the United States; HTC is going to cater to your requirements by making the HTC UH OH replacement program eligible for those who will purchase One M9. The replacement program’s details have been given below:

Naturally, there are consumers who do not want to go through the time consuming hassle of getting their smartphones replaced under the HTC UH OH program so as a result, they will do everything to make sure that their expensive belongings are safe from all kinds of harm. Luckily for these consumers, HTC will also be catering to them under the replacement program. The company is going to be giving away $100 of credit to them so that they get a head start when they want to purchase HTC’s next flagship offering. The offer can be availed even after 12 months have passed.

HTC’s One M9 happens to be the company’s best handset yet. Armed with a Snapdragon 810 SoC with 3 GB of RAM and an Adreno 430 GPU, the company has also managed to stuff in a microSD slot for users looking to upgrade their storage to a limit of 128 GB (keep in mind that the expandable storage option is not present inside Galaxy S6 or Galaxy S6 Edge). As stated earlier, HTC seems to be making an effort when it comes to taking care of customers, but the firm has a long way to go before it can regain its former glories.