HTC One S Ceramic Coating not so durable after all? 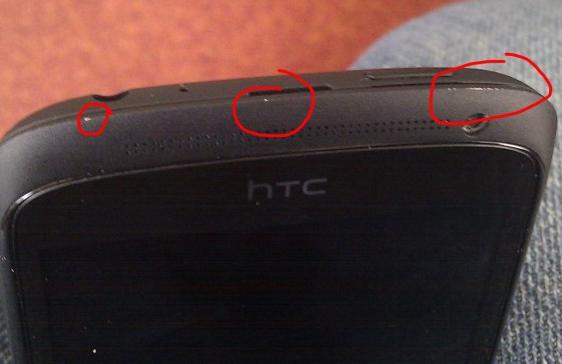 One of the most hyped features of HTC's new One line up, specifically One S, is the new ceramic coating through micro oxidation. The actual process is far too technical for me to understand or even care about. What matters is that at the end of the day because of all this technology HTC promised a device with great built quality. How great? Well according to HTC it is three times stronger than stainless steel and is made of the same material air crafts are made of.

Skip past the usual media hype and onto the real world. Some users at XDA and Facebook are reporting some issues on their One S. From the picture above it looks as if the paint has started to peel off. You don't want that on a top end smartphone you just emptied your pockets for, especially after seeing the company making over the top claims about the phone's durability. Let's hope this doesn't end in a disaster for HTC because the last thing they want after a rough Q4 2011, is a PR nightmare in Q1 2012.