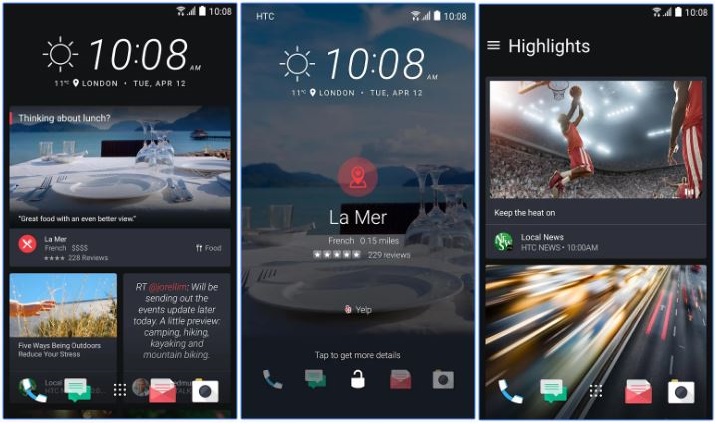 HTC Sense Home Launcher has finally landed on the Google Play Store in an open beta for all non-HTC devices. Previously, HTC's launcher was available as a closed beta on Google Play Store, which means that not everyone had the ability download it on their smartphones. However, now that it's here, might as well give it a try. Let's see some more details on the HTC Launcher.

It doesn't matter what device you own apart from the HTC, as long as you're running Android 4.4 or higher, you will be able to play around the HTC-like firmware. If not all, the HTC Sense Home Launcher packs most of the features like BlinkFeed. BlinkFeed lets users go through their social media feeds and other relevant news with ease. BlinkFeed rests at the left-most home screen, so it's always their for your convenience. 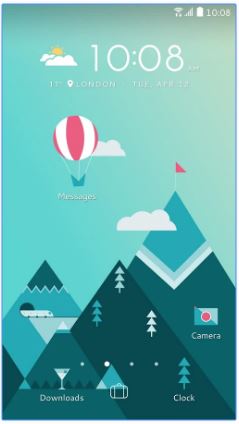 Other than this, it is also capable of recommending or suggesting cafés, restaurants, bars and many other events that you can be interested in. What really took me aback was the addition of a built-in theme engine. This theme engine will enable users to customize the layout and design of the launcher, whereby changing the look and feel of the user experience.

According to me, this might be the best selling point of the HTC Sense Home Launcher. This is because users opting to put on a launcher, instead of going through the stock software, greatly emphasize on the look and feel of the platform. So if you're interested in trying it out, you can take advantage of the built-in theme engine as well. 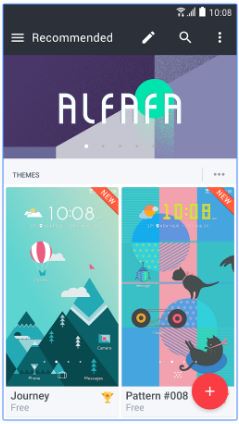 As great as it sounds, there are a couple of features that feel missing. For one, it lacks the option to use custom icon packs. Action Launcher and Nova Launcher on the other hand does offer the custom icon pack feature along with other advanced features. Moreover, another intrusive aspect of the launcher is integrated in the BlinkFeed. HTC sometimes uses its BlinkFeed to serve ads, which is quite annoying at times. Apart from this, HTC Sense Home Launcher is perfect for all devices running Android 4.4 or higher.

As we have mentioned earlier, the launcher will work on all non-HTC devices including the latest from Samsung like S7, S7 Edge, Note 5 and more. This is it for now, folks. How did you like the HTC Launcher? Are you guys willing to give it a go? Let us know in the comments.