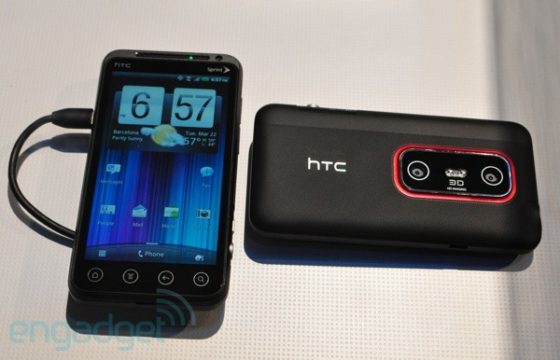 First it was LG and now its HTCs turn to join the 3D bandwagon. You heard the rumors before. Well now it's official. The EVO3D will come with a 4.3 inch glass-free 3D display, 1.2Ghz Dual Core CPU, WIMAX connectivity, 1.3MP front facing camera and dual 5MP rear cameras for 3D effects and 1080p video playback. It runs Android 2.3 with the latest Sense UI. Dimensions wise it seems to be the same as the old Evo and weighs the same too. With 3D being the stand out feature, the phone comes with a dedicated 3D on/off button besides the camera button to toggle the 3D effects on/off. No announcements on the official release date but it's probably coming around summer time.