HTC Droid DNA has been termed as the “iPhone Killer” and some claim is the best Android device that ever made it to Verizon subscribers. The HTC Droid DNA comers with an awesome HD screen resolution along with the sexiest curves ever witnessed among all Android devices. The phone comes integrated with a 1080p display and is powered by 1.5 GHz quad-core S4 snapdragon processor. The phone also comes with LTE connectivity and a long lasting 2020 mAH battery.

The HTC Droid DNA is a dream phone for anyone looking to get a powerful smartphone that has great usability integrated with awesome aesthetics. The phone is a sheer display of what Android can do and why you should go for it instead of buying other OS smartphones. 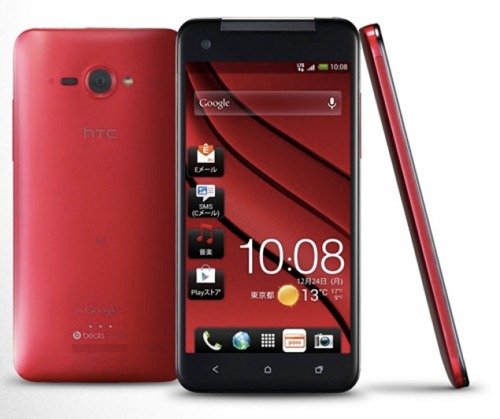 Due to the fact that user interest in this phone has been over-whelming and we believe that if its GSM counter part is made available; it might surpass Galaxy S III and S II sales combined. Apart from this, the Droid DNA has managed to capture interest of active developers and hackers at various forums dedicated to optimizing, tweaking and manipulating Android. XDA Forums, the king of all such Android hacking and development activity, has a dedicated board for this device with loads of developers already pushing out awesome tweaks, ROMs and hacks.

HTC Droid DNA received bootloader unlocking and root treatment right after its releases. Since then, the ROM chefs have been busy carving out some great stuff for custom ROM flashers and users. Now the great news is that HTC has formally made the HTC Droid DNA source code available via HTCDev portal. This means that once the source code reaches in the hand of right people, they will be able to fork out original apps and other integrated features in order to incorporate in their custom ROMs and tweaks. It is also worth mentioning that the apps and other features extracted from this source code will also allow developers to port this ROM as a whole or certain important features to other Android phones.

In case you aren’t a developer or Android ROM chef, then you won’t be needing this source code for now. But if you fancy making a new ROM based on the source code, then we can’t stop anyone from downloading it. You can head to the official HTCDev portal page posted here and download the Droid DNA source code.