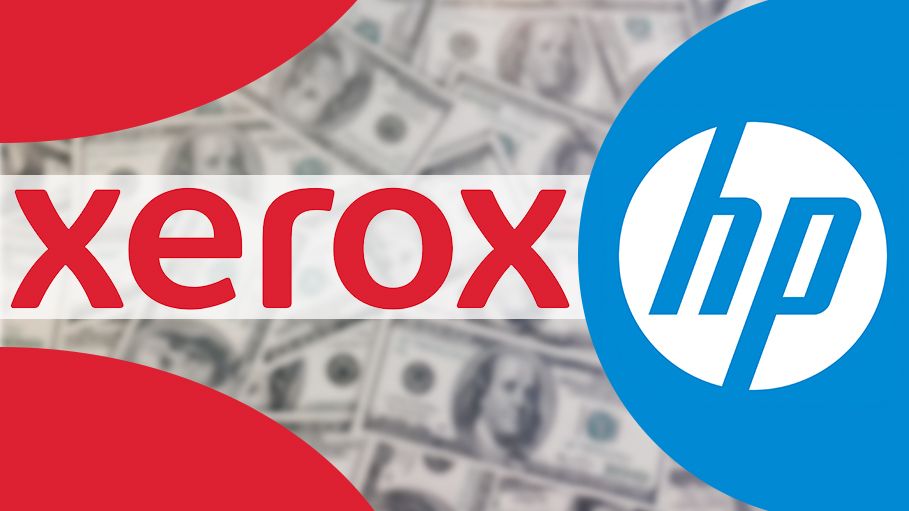 The coronavirus' outbreak has paralyzed economic activity across the globe as populations retreat indoors and medical professionals battle exponential infection rates and medical equipment shortages. Sell-off on stock markets dented market capitalizations across the globe with investors losing confidence in markets as corporations look towards their balance sheet and cash reserves to weather out the storm.

In a statement released today, Xerox Holding Corporation (NYSE:XRX) has officially brought an end to its ongoing tussle and offer to acquire office equipment and personal computing manufacturer HP Inc (NYSE:HPQ). The details behind this decision blame the coronavirus as both companies have witnessed big chunks of their market value wiped off following the COVID-19 outbreak and disruption.

In a copy of its press release filed with the Securities and Exchange Commission today, Xerox announced that it is officially withdrawing the tender offer to acquire outstanding shares of HP and its decision to stimulate and convince HP's shareholders to appoint a new board of directors.

The reasons behind Xerox's move are not surprising given the outbreak of the coronavirus. The company states that the post-COVID-19 environment is not suitable for it to proceed with the takeover, and following today's withdrawal, Xerox vows to take care of its own house by prioritizing employee health, customer and stakeholder concerns and the devastation wreaked by the disease.

Yet, Xerox continues to reiterate the benefits behind a merger with HP and maintains its narrative that a potential acquisition carries with it opportunities for long-term financial and strategic benefits. And in perhaps what might be its last jab at HP's management, Xerox states that delay tactics chosen by HP's management and the management's consistent rebuffs and non-acknowledgment of Xerox's offers have proven to be a disservice to HP's shareholder, who Xerox states have shown "tremendous support" for the deal. 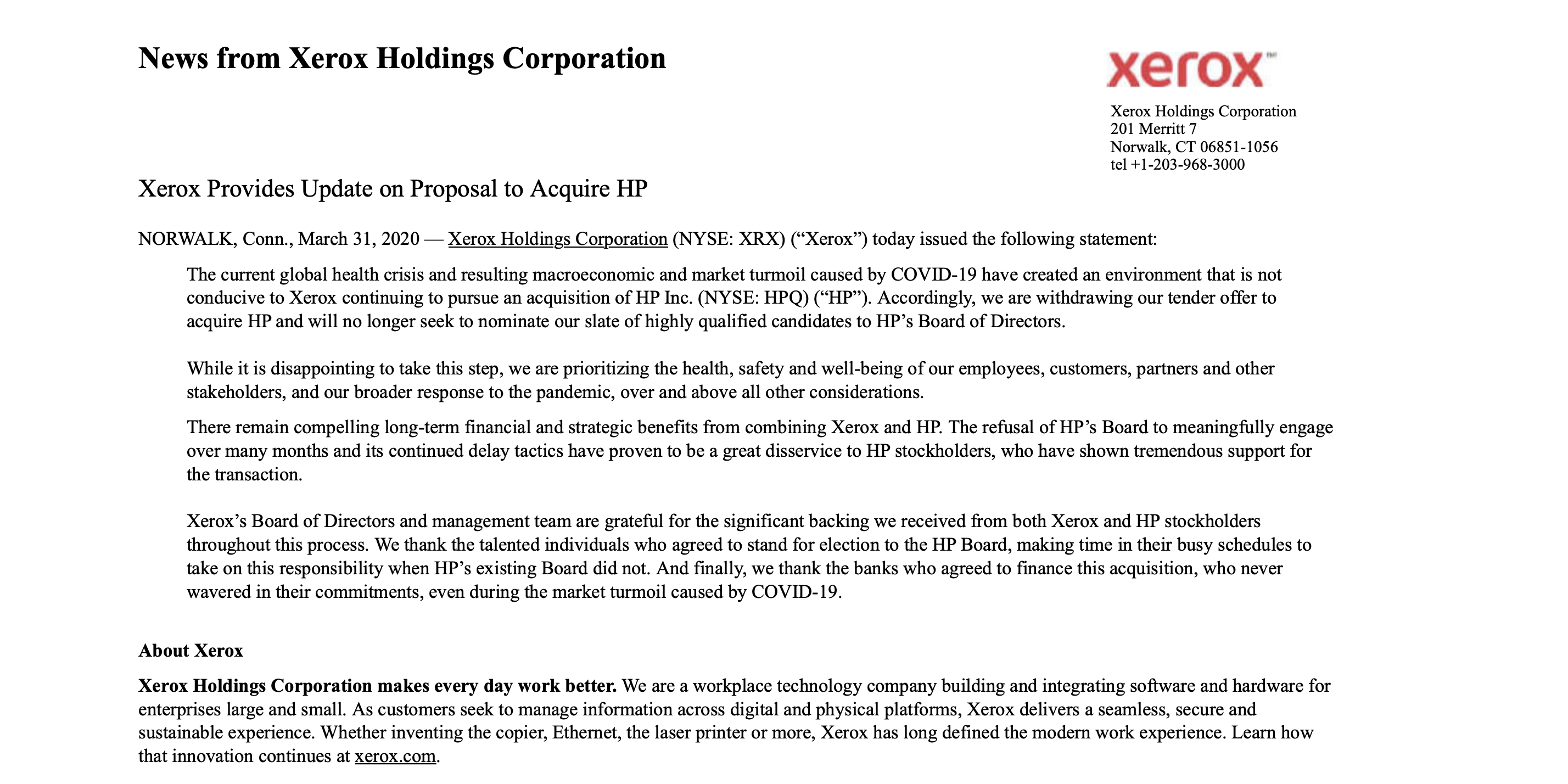 Xerox's statement filed with the Securities and Exchange Commission today.

Xerox's decision comes a day after some Wall Street analysts started to demonstrate optimism for HP's future, given the current demand for personal computing and printing products following the current need for organizations to make their employees work from home. Research firm Argus, in a note to investors yesterday, had upgraded HP to buy from hold as analyst James Kelleher stated that not only does the recent coronavirus sell-off exceed any losses made by businesses during the period, but that the potential for remote working trends to persist after lockdown precautions have subsided carries with it the potential to benefit HP in the future.

Today's decision comes a handful of weeks after Xerox added Errol B. Davis, Jr to its list of appointees for HP's board. Mr. Davis joined a list of candidates with broad industry experience in personal computing and mergers and acquisitions. Xerox, which is smaller in terms of market capitalization than HP, had hoped to fund the acquisition through leverage - a fact regularly cited by HP's management in opposition to the deal due to concerns that the new entity would be significantly burdened by post-acquisition debt.

As far as HP's management goes, they continue to be remarkably optimistic about the company's future market. HP estimates that the personal computing market will grow to $300 billion by the end of 2020 - and if these estimates are correct then in a best-case scenario, the company might be significantly undervalued on the stock market.

Xerox concludes today's release by thanking shareholders of both companies, its board nominees and banks. The tender withdrawal comes after the company made statements earlier that COVID-19 had not affected its offer price of $24/share for HP.