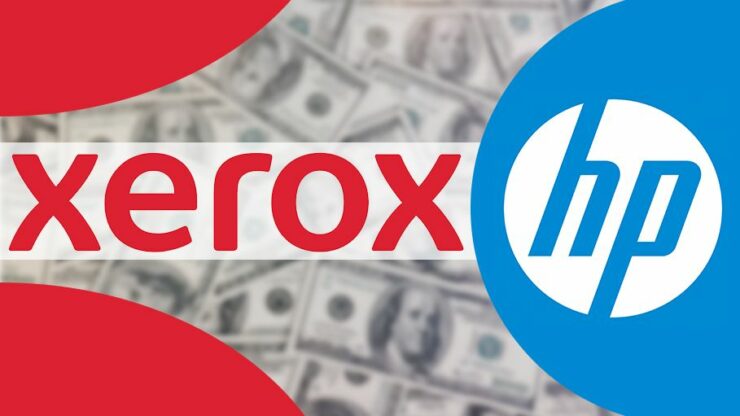 For those of you who have been following the seemingly endless back and forth between HP (NYSE:HPQ) and Xerox (NYSE:XRX), the journey has been nothing short of a rollercoaster ride. In the latest salvo, HP has rejected Xerox’s revised takeover bid and has asked its shareholders not to tender their shares.

The chair of HP’s board, Chip Bergh, said on Thursday:

“The Xerox offer would leave our shareholders with an investment in a combined company that is burdened with an irresponsible level of debt and which would subsequently require unrealistic, unachievable synergies that would jeopardize the entire company.”

According to HP, the offer submitted by Xerox to its shareholders significantly undervalues the computing giant and disproportionately benefits Xerox. Therefore, HP asked its shareholders today to reject Xerox’s tender offer for all of its outstanding shares.

Bear in mind that Xerox had sweetened its original takeover bid last month, raising the offer price by $2 to $24 per share in a cash-and-stock tender that would award $18.40 in cash and 0.149 Xerox shares for each share of HP. The bid is set to expire on the 21st of April 2020, giving HP’s shareholders a little over 6 weeks to decide whether to accept Xerox’s tender offer or to reject it.

In the midst of these corporate machinations, HP’s board is certainly not a sitting duck. It has already committed to a poison pill plan that would make it extremely difficult for any entity to amass a stake that is greater than 20 percent in the company. As a refresher, a poison pill is a defensive tactic that is employed by a company that is facing a hostile takeover. It allows existing shareholders the right to purchase additional shares at a discount which, in turn, effectively dilutes the ownership interest of any new, hostile party.

HP has repeatedly stressed that it retains a number of options to create additional value without having to amalgamate its business with Xerox. The company’s new CEO Enrique Lores wants to pursue value-added printing services, 3-D printing and high-end computers in order to unlock further upside growth. At the same time, the PC giant is embarking on a cost-cutting plan that would reduce the company’s workforce by as much as 16 percent.

From the get-go, Xerox’s offer for the much-larger HP was, if anything, unorthodox. This is because Xerox currently has a market capitalization of $7.65 billion while that of HP currently stands at $33.03 billion. This means that HP is worth over 4 times as much as Xerox.

We ran an analysis piece earlier that sheds light on Xerox’s persistence in pursuing HP. Basically, HP estimates that the personal computing market would grow to $330 billion by the end of 2022. Should this growth metric be realized, HP’s PC net sales would effectively double, provided that the company is able to maintain its current market share. This should explain why Xerox is so doggedly pursuing HP as it wants to secure a piece of this lucrative pie.