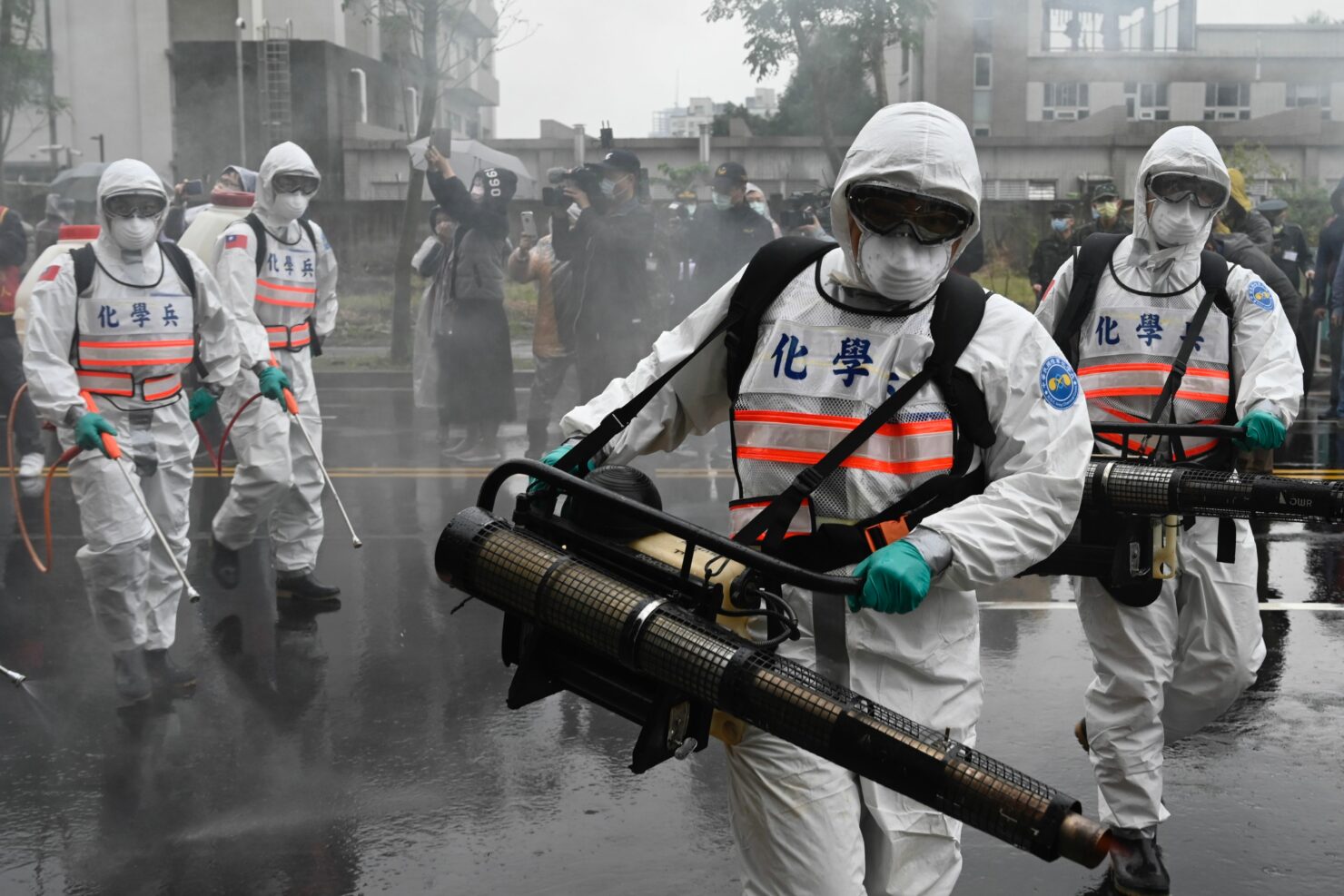 State-sponsored disinfo campaigns that surround major events have been a concern since the 2016 election. In March, US intelligence revealed that Moscow spread "misleading or unsubstantiated allegations" about the integrity of the 2020 election attempting to cast doubt about the validity of the Biden campaign’s win. With the continuing Covid crisis, disinfo continues to rear its ugly head with reports that Russian disinfo campaigns are attempting to erode confidence in the efficacy of Western Covid-19 vaccines.

As a frontier state, Taiwan is often targeted by disinfo campaigns from neighboring China which has ramped up as the island deals with a spike in domestically transmitted Covid cases. China’s goal, many assumed, is to undermine support for the ruling Democratic Progressive Party’s — which positioned itself as the more China-skeptic party — in the handling of the pandemic and sway the next election.

This isn’t unfamiliar territory for Taiwan; populist former Kaohsiung Mayor Han Kuo-yu, a member of the DPP’s rival, the KMT, was supported by social media manipulation from China-based cyber operatives in his 2018 election bid, according to reports.

But sleuthing by netizens on PTT, a Taiwanese equivalent to Reddit, have found that some of these attacks allegedly emanating from China were orchestrated by party insiders at the DPP itself calling into question prior claims of the extent of China’s disinfo campaign against Taiwan.

On PTT, a user going by the name of “bj26bj”, has been a prolific voice trashing the Taiwanese government’s response to the Covid spike. His post history shows the user has posted hundreds of comments that mostly used extreme, emotion-charged language that seems to be more aimed at generating outrage rather than persuading any reader.

But Netizens later discovered that “bj26bj” is also the Facebook ID of Lin Wei-fen, a local journalist who is married to the deputy director of the ruling DPP party’s center for online engagement — its social media outreach arm.

In his day job “bj26bj”, writing publicly under his own name Lin Wei-fen, has a long record of publishing pro-government, pro-DPP news stories and commentaries — like a ‘Dr Jekyll and Mr Hyde’. On Monday, before netizens discovered his link to the seemingly anonymous PTT account, Lin complained in a public post on his Facebook page that there has been an “orchestrated” attempt by China’s cyber army on the PTT to undermine the Taiwanese government’s efforts in fighting the pandemic. His evidence? Screenshots of posts by anonymous users critical of the government including that of the “bj26bj”.

But Lin’s “concern troll” acts were soon exposed by other netizens on PTT, who had a field day making fun of the whole thing.

For his part, Lin apologized and said that he enjoyed using different personas to debate politics online, calling this duality of man “entertaining”.

Disinfo is Real, But Some of it Comes From Within

All this isn’t to say that China hasn’t waged disinfo wars before, especially on topics close to Beijing’s heart like the question of Hong Kong. During the height of the 2019 protests in Hong Kong, Twitter and Facebook uncovered a network of thousands of accounts originating from China.

“These accounts were deliberately and specifically attempting to sow political discord in Hong Kong, including undermining the legitimacy and political positions of the protest movement on the ground,” Twitter wrote at the time. “We identified large clusters of accounts behaving in a coordinated manner to amplify messages related to the Hong Kong protests.”

As Taiwan geared up for its 2020 election, China’s United Front held a conference in Beijing on internet influence activities. As the election rolled on, social media in Taiwan was so awash with blatantly fake political messaging to the point that Taiwan’s National Security Bureau urged a “whole of society” response.

But experts quoted by The New York Times were also quick to point out that this wasn’t all a coordinated effort from Beijing but rather a collection of nationalists pumping out messaging they genuinely believe in and trolls doing it for the lulz.

“It’s not an order from Beijing,” the Times quoted Puma Shen, an assistant professor at National Taipei University who studies Chinese influence efforts, as saying. Shen argued that there’s a network effect of people that see trouble brewing and want to join in for fun.

“People are enthusiastic about doing this kind of stuff there in China,” he said.

But how many of those people were political operatives, making the Chinese disinfo campaign in Taiwan look worse than it really was?

Paul Huang, a Taipei-based journalist, contributed to this article.