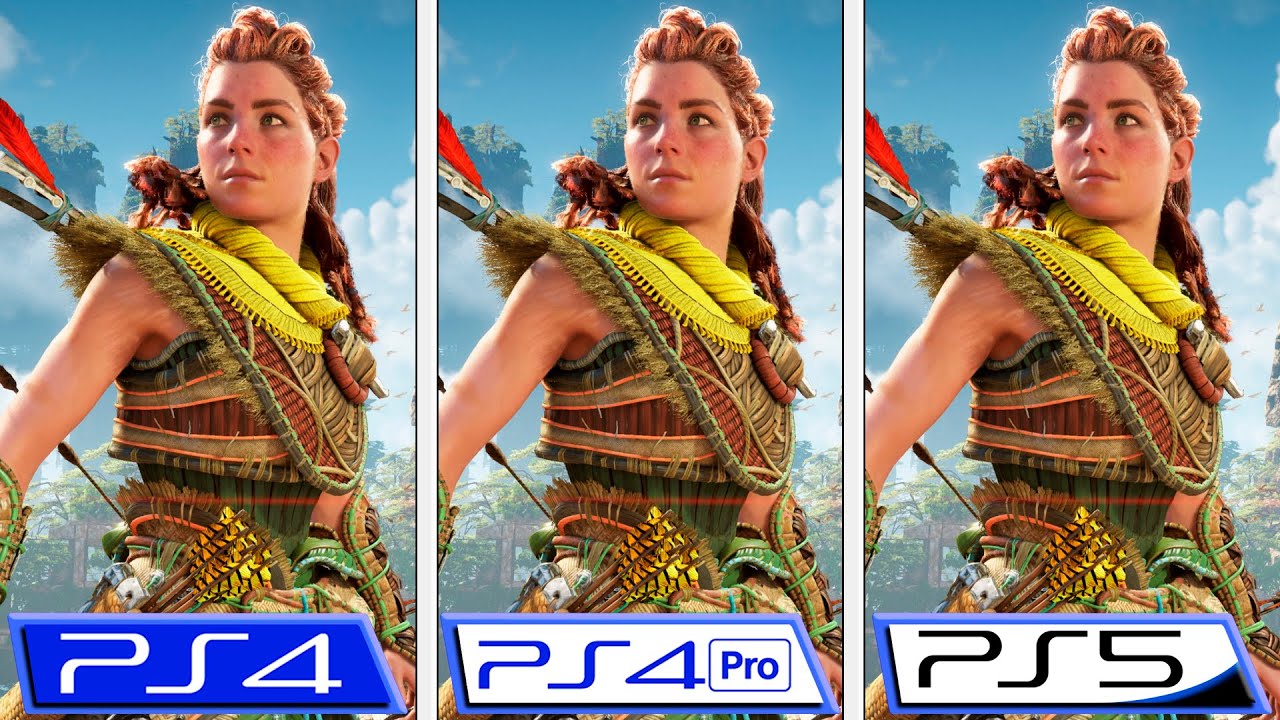 One of the first Horizon Forbidden West PS5 vs PS4 comparisons has surfaced, showing great performance across all PlayStation platforms.

Ahead of the game’s release later this week, the very first comparison videos have been released, including this one from one of our favorite YouTube tech channels, “ElAnalistaDeBits”.
The new video compares Forbidden West running on PlayStation 4 as well as PlayStation 4 Pro, and PlayStation 5, and shows almost perfect performance across all consoles (with a day-1 patch in place). Of course, being designed with the PS4 in mind, the game runs at 30FPS, but performance is impressive nonetheless.

In performance mode on PlayStation 5, the game applies temporal injection over 4K resolution, while in FPS mode, the game reaches 1800p resolution. Unfortunately, the game doesn’t appear to use any kind of Ray Tracing (unlike titles such as Miles Morales, Ratchet & Clank, and Spider-Man Remastered) on Sony’s next-gen console. Check out the new comparison video down below:

Horizon Forbidden West launches this week on February 18 for PS5 and PS4. Our very own Alessio Palumbo reviewed the Zero Dawn sequel and has said stated the title is bigger and better than its predecessor in every way.

The traversal options are also much improved in Horizon Forbidden West. You can grapple to certain predetermined points (even in combat, which is extremely handy to escape the grasp of a rampaging Ravager), and you can also use a Shieldwing to glide down from the higher ground.

However, the real gamechanger is only unlocked towards the end of the main quest: flying. That's right; you'll be able to override Sunwing machines and summon them to fly all around the world, which is incredibly cool in and of itself. You won't do any combat while flying (despite there being a barrel roll move), which might be a tad disappointing to some, but rest assured that just experiencing this stunning post-apocalyptic world while airborne is an awesome feeling. I do wish this would have been unlocked earlier, though.