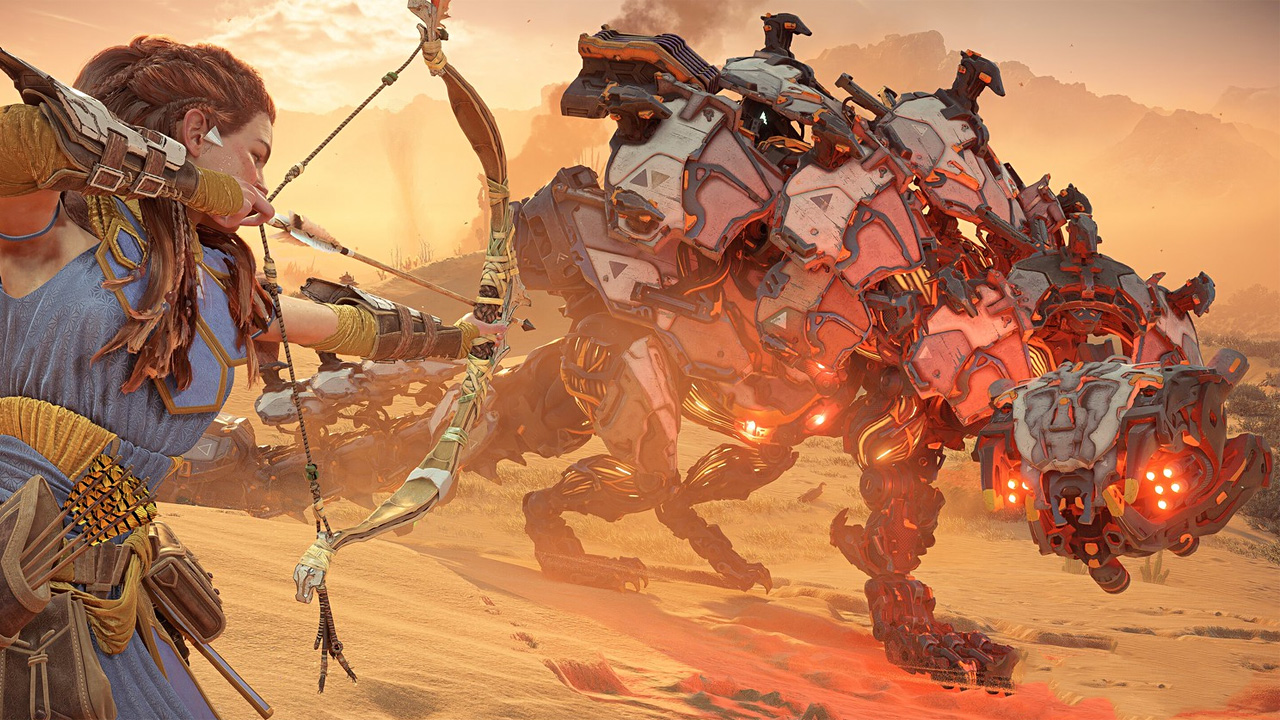 Sony and Guerrilla’s Horizon games are big, varied adventures, but the most impressive thing about them will always be their intimidating machine enemies. Of course, Horizon Forbidden West has a host of new metallic baddies to fight, including the pterodactyl-like Sunwing, armored Rollerback, and the huge cobra-like Slitherfang. And don't forget, there are also new potentially-helpful ridable machines. You can check out some of the new robotic beasties in the trailer, below.

The thought of having to take down some of these machines has me sweating already (Horizon Zero Dawn was already tough enough at times). Most of these new enemies were first seen in a brief trailer shown at The Game Awards. We haven’t posted that here yet, so why don’t you scope it out now?

Of course, Guerrilla Games promises this is only the beginning, with many more mechanical enemies and bosses yet to be shown. Haven’t been keeping up with Horizon Forbidden West? You can check out first screenshots of the PS4 version here, and an official description, below.