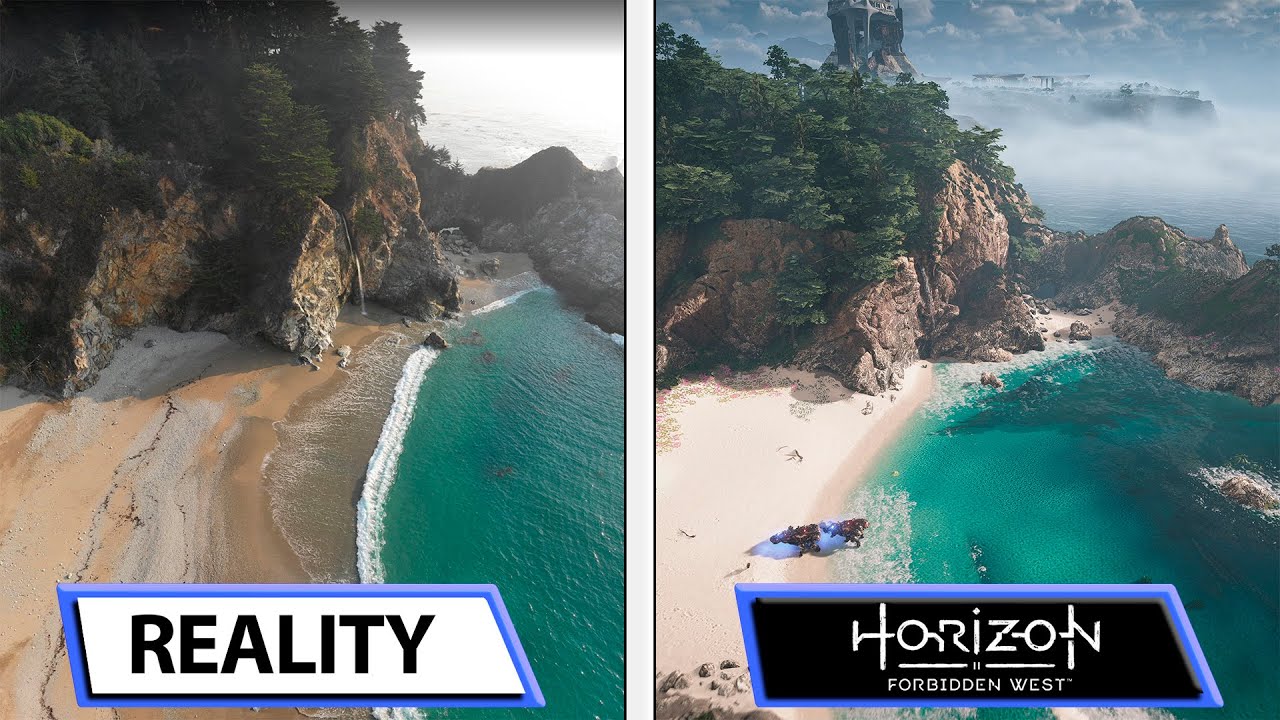 Following the release of Horizon Forbidden West some days ago, comparison videos have surfaced, comparing its visuals to those of its predecessor and to real-world locations.

Two new comparison videos for Forbidden West have been released by “ElAnalistaDebits”, one comparing the game’s graphics and details to those of 2017’s Zero Dawn, and the second comparing in-game locations to the real-world landmarks that these locations are based on. Last year, we already covered a reality comparison based on Sony’s early footage, comparing real-world locations in a post-apocalyptic San Francisco to those in-game. This new reality comparison features additional real-life locations, and the results are insanely impressive. Locations compared include, among others, Mcway Cove (California), High Roller (Nevada), Caliente Train Station (Nevada), Mono Lake (California), Jackson St. (California), Arc de Triomphe (Nevada), and Transamerica Pyramid (California). Check out this new comparison video down below:

As said, the first comparison compares the visuals of Forbidden West running on PlayStation 5 to those of Horizon Zero Dawn, highlighting the major leap in visual quality between these two games. In all honesty, Zero Dawn already is a 5-year old game, but it remains a visually stunning title to date.

Horizon Forbidden West is available globally now for PlayStation 5 and PlayStation 4. Our very own Alessio Palumbo reviewed the game upon release and was impressed by the game’s huge world, lighting, combat, great storyline, and improved traversal and puzzles.

Horizon Forbidden West is a worthy sequel to Zero Dawn in every way, proving that Guerrilla is no one-hit-wonder when it comes to the action RPG genre. This huge and beautiful world has an incredible amount of things to do and most of them are really fun, thanks to improvements to combat and traversal. The game also features another great storyline that will get fans talking about the inevitable sequel.