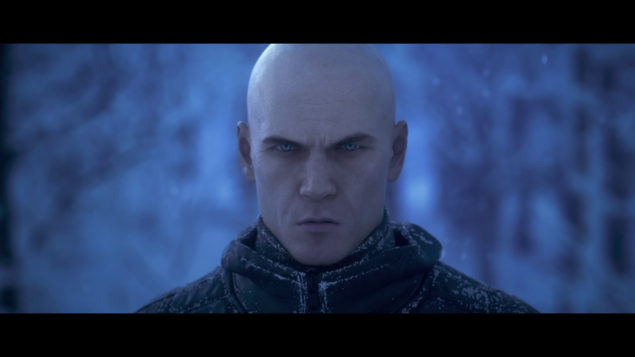 Although Silent Assassins will have to wait for tomorrow to get their hands on the next part of the latest Hitman title, it may be worth booting up the game tonight. A new update has been release - mandatory for anybody that wants to play the second section of the story - that also includes some instant upgrades.

Reconnect Option
If a player is playing in online mode and gets disconnected during gameplay, they will have the option to immediately reconnect and resume play without losing any progress, instead of returning to the main menu.
[Available now on PC. Available in a future update for PS4 & Xbox One.]

Immediate Challenge Awards
Challenges are now awarded and saved immediately upon completion, rather than when completing a mission.
[Available now on PC. Available in a future update for PS4 & Xbox One.]

Loading Times
Significant improvements to load and restart times across all locations.
(Reduced by approximately 50% on PS4 and Xbox One)

Dropped Items
Disguises, weapons and items that are dropped are now shown on the in-game map.

Holstering animation
Added an animation for 47 holstering a small item, such as a pistol.

Escalation Contracts Improvements
- The list of complications and objectives are now viewable during gameplay and the planning phase.
- Players can now easily see from the in-game menu how many stages of each Escalation Contract they have completed. (e.g 3/5)

Recommended Settings
The Game Launcher will recommend graphic settings based on player hardware.

Square Enix have also announced the timings for the second episode, and a selection of improvements over the Paris levels.

The Sapienza location update will be released at slightly different times depending on what platform you are playing on and what location you are in.

PlayStation 4, SCEE Regions (Europe, the Middle East, Africa and Oceania)
A rolling midnight release. As soon as your clock hits midnight on April 26, Sapienza will be available.

PlayStation 4, SCEA regions (United States, Canada and Latin America.)
A time-window release. Set at 8am - 10am PST on April 26.

Xbox One
A rolling midnight release. As soon as your clock hits midnight, Sapienza will be available.

Steam
A fixed time release. Set at 9am PST on April 26.

Improvements over the original episode include:

10 new Opportunities for ‘World of Tomorrow’

Native Ambient Audio
Added an audio layer for Sapienza that will play native ambient dialogue in crowded areas.
‘Hide in Plain Sight’ Options
The Sapienza location includes more options for Agent 47 to ‘blend in’ whilst wearing his suit.
Opportunities System Improvements
- Persistent reveals: When a player has ‘revealed’ an Opportunity once using the pop-up tracker, they are not required to do so when they encounter the opportunity on future playthroughs.
- Fail Categories: Added categories to explain why an opportunity was failed.
Note: The above Opportunity improvements are only implemented in Sapienza.
Opportunities in the ICA Facility and Paris destinations are not affected.