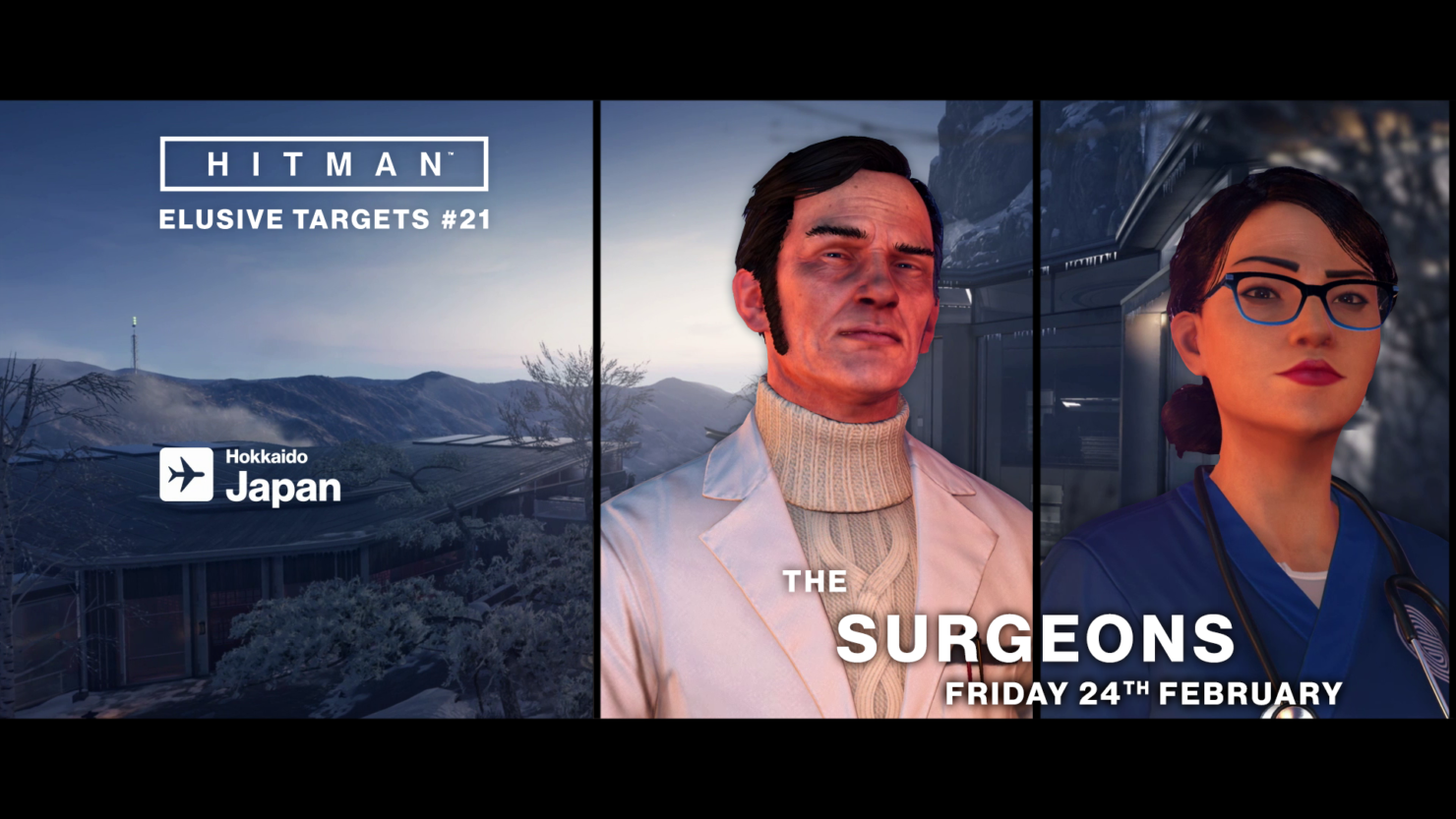 Get ready to play doctor, Agent 47. IO Interactive just revealed the latest elusive target for Hitman, The Surgeons, which is now live.

This month's target is actually two people, Pavel Frydel and Akane Akenawa. These two surgeons are involved in the black market organ trade. They recently transplanted an organ that came from an unwilling donor who later died of infection. Agent 47 has been charged with taking out the doctors by injecting them with a viral infection for karmic justice.

So your objectives are to kill Dr. Frydel and Dr. Akenawa using a viral infection and of course, get away. The map takes place on Hokkaido, Japan in the super advanced medical facility/spa for the rich and famous.

The Elusive Targets are specially crafted, unique targets, which come with particular rules:

As an example, think of 47 in a dark room looking out a bright window. Without HDR you would not be able make out what’s outside, whereas with HDR you can simultaneously see details inside the room and outside the window. Another extreme example is the sun. Without HDR we could not render the sun brighter than a white piece of paper, so we had to ‘simulate’ the sun being blinding. With HDR we can draw the sun several times brighter, so that it is actually close to being blinding, just like in real life.

Hitman is out now PC, Xbox One, and PlayStation 4. The Surgeons will be available until March 3rd.