Heroes and Generals has being updated with what they're calling the "Young", after Brigadier-General Russel Young content update that brings a ton of new things to this WW2 MMOFPS. 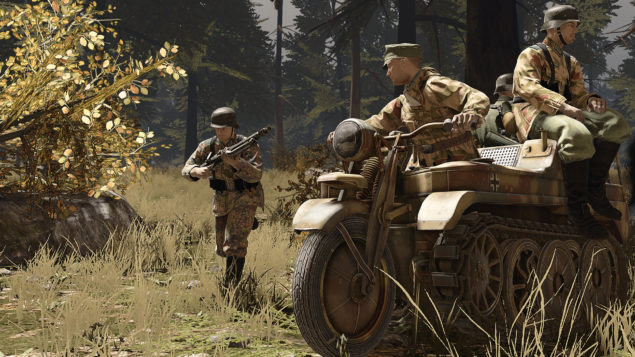 This update contains a new game mode with a new map, a new SMG for the Soviets, a carbine for the US, the introduction of vehicle camouflage, and the new Kettenkrad light transport vehicle for the Germans. The update also contains a new spawn protection system and several tweaks to gameplay have been added to help with balance.

There's also a new mode called Encounter where you're thrown into fast-paced infantry-only battles on a very small map. The goal is to capture and hold a single objective while fighting frantically for your life. This mode has a new map, called Depot that provides a bloody fight through trenches to take and hold a fortified train depot in the woods.

Additionally, this update brings two new weapons and a new vehicle. The PPS-43 is a much requested high tier SMG for the Soviet faction, and the US faction gets access to the M1A1 folding stock carbine which is available for US paratroopers and tankers. The new vehicle is one of the most unique vehicles developed in WW2: the tracked motorcycle Kettenkrad Typ HK 101, which is introduced as a German light transport vehicle.

The Young update also features new weapon skins, and the long awaited community requested arrival of vehicle camouflage. The US 4x4 truck, the Soviet Gaz-67, the German Kübelwagen and the new Kettenkrad can now be upgraded with camouflage and other paint jobs, and future updates will bring even more variations for these and other vehicles.

Improving the overall game play experience has been a huge central focus point of this update. This ranges from alleviating spawn camping with a new and improved spawn protection system, to including new immersion enhancing features such as the addition of the grits of war on the screen. To further balance the overarching War between the three factions, an underdog bonus and more battlefields have been added.